If you are a fan of all things two-wheeled, the Auto Expo 2020 must’ve been a disappointment as only two mainstream manufacturers were in attendance at this year’s event – Suzuki Motorcycles and Piaggio. There were plenty of electric two-wheelers on display though. Among all the machines at the show, here are the Top 5 two-wheelers which caught our fancy:

While many thought that the Aprilia RS 150 sportbike could be introduced at the Expo (including us), under the veil, it happened to be the Aprilia SXR 160 scooter which was introduced. Bookings for the scooter will begin in August 2020 and it will be powered by 160 CC BS6 & 125 CC BS6 engine options with 3V Tech FI Engine technology. It will come fitted with a host of features like:

On display at the Expo was the Vespa Elletrica, Piaggio Group’s technological solution for Electric Mobility. Flaunting classic Vespa design, the Elletrica is being considered for launch in India and is powered by a 4.2 Kw/hr battery. The Elletrica can go 100 kilometres on a full charge and hit a top speed of 70 km/h. The battery takes about 3.5 hours for a full charge.

The Hero Electric Trike or AE-3 is a unique electric vehicle which is awaiting classification as whether it can be introduced as a two or a three-wheeler. The trike is powered by a 250W electric motor which gets its current from a 48V/3kWh battery pack. This machine can hit a top speed of 80km/h and the battery pack is claimed to deliver a range of 100 km. Charging time stands at five hours, the batteries are placed under the footboard and are removable. An additional battery pack can also stay under the seat and can be plugged into the scooter to double the range.

One of the most uniquely designed electric two-wheelers on display at the Expo, Devot Motorcycles’ Electric bike is the brainchild of two brothers – Varun and Kapil – and is completely made in India. The prototype on display claimed a 200 km Range and a top speed of 100 km/h. 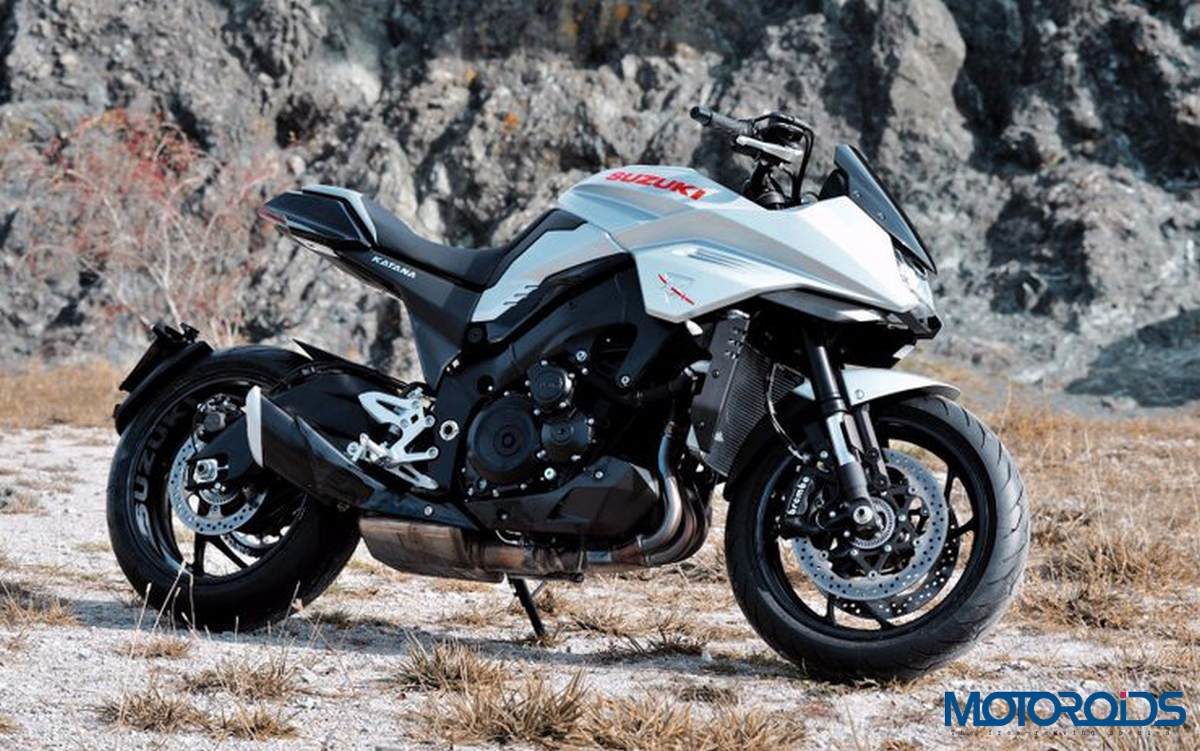 Besides the BS6 versions of their existing range in India, Suzuki Motorcycles also got along the retro-styled Katana to the Expo. While there is no news whether the bike will be introduced in India, in flesh, the Katana looked fantastic, even when it sat next to Suzuki’s MotoGP machine. The current Katana shares its underpinnings with the GSX-S1000 naked, features a square-shaped LED headlamp that is housed in a sharp angular fairing, and is powered by the same 999cc motor found on the GSX-S1000R. This in-line four-cylinder motor puts out 150 bhp of power @ 10,000 rpm and 108 Nm of torque @ 9,500 rpm, mated to a 6-speed transmission with a slipper clutch.

News
,
Motoroids Comments
Facebook Comments
Leave a Reply Cancel reply
Popular Stories
Hyundai Creta 7-Seater Version: What Could It Be Like?...
Kawasaki Ninja H2 Gets Badly Hurt After Supercharged Rider Makes A Mistake...
TVS Motor Company And Sundaram Clayton To Spend INR 30 Crore To Fight The Virus...
Tom Cruise Mounts A Made-In-India Motorcycle For Next Mission Impossible Instalm...
Innovation In The Time Of Crisis, Only To Get Home...