On one hand, the Government of India introduces several schemes and projects which focus on creation and self-sustainability. On the other, stone age laws and the babus who are hell-bent to abide by them, don’t waste any time in putting a spanner in the gears of progress and innovation. The Hero Electric AE-3 Trike is a one-of-a-kind machine which has been showcased at the ongoing Auto Expo 2020. For what it is, it has impressed many, including us. But in the background, it is fighting a battle. One where the manufacturer wants it to be introduced as a two-wheeler (which it essentially is), while the Government thinks it’s a proper three-wheeler and should be classified likewise. Below is a video which should tell you all that’s unique about this machine:

While a trike isn’t a new concept internationally, it is for the first time that an Indian manufacturer has introduced a machine like this. The Hero Electric AE-3 or Trike employs two wheels upfront which are suspended by individual telescopic forks and there are separate discs for braking duties. The fascia is dominated by large-sized, vertically-placed DRLs and the main LED candle, above which, rests a large windscreen and the handlebar. The trike is powered by a 250W electric motor which gets its current from a 48V/3kWh battery pack. This machine can hit a top speed of 80km/h and the battery pack is claimed to deliver a range of 100 km. Charging time stands at five hours, the batteries are placed under the footboard and are removable. An additional battery pack can also stay under the seat and can be plugged into the scooter to double the range. 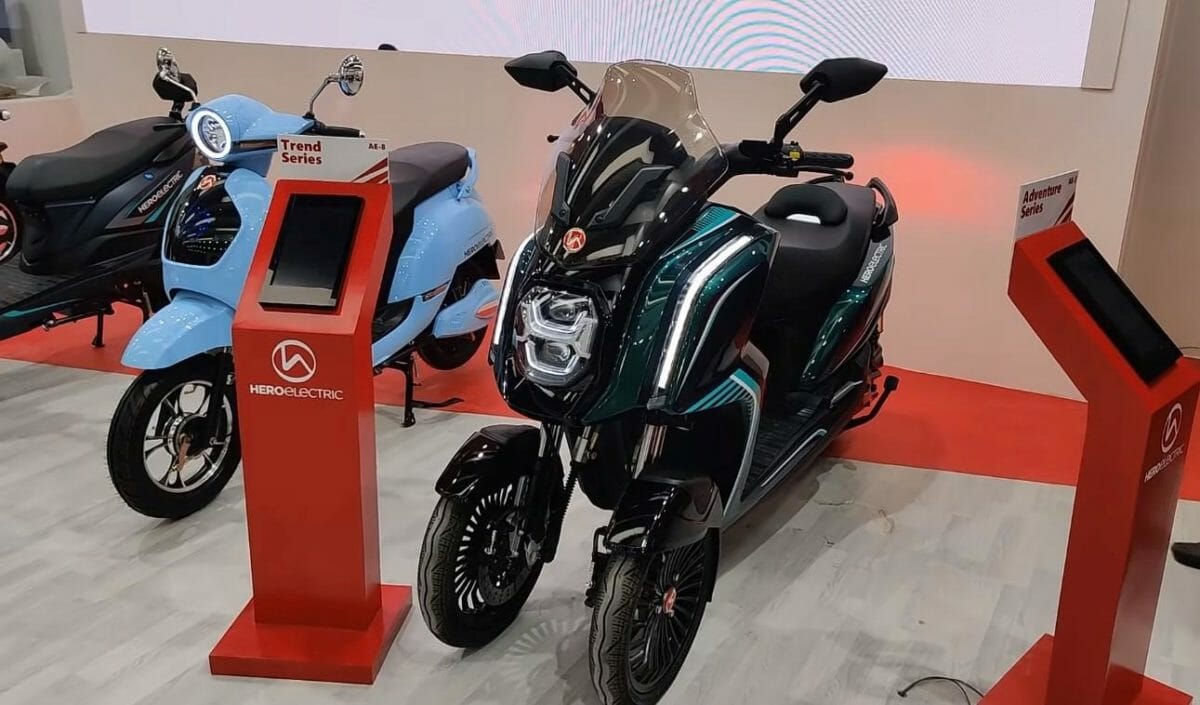 A smart scooter, the Hero Electric Trike is a connected scooter which gets its own app and a colour display for instrumentation. It can balance itself and has a centre stand too when there’s a need. Hero Electric showcased the Trike to flaunt its engineering prowess and once this machine gets past the classification fiasco, it could also be introduced as a premium electric scooter in the Indian market.