The Royal Enfield Interceptor has now found its way to many international markets as well. Taking people back to the basics of fun riding, this motorcycle, along with its sibling, the Continental GT 650, has created a strong fan following, all over the world. With quite some time elapsed since the launch of this motorcycle, we have seen quite a few examples which have been taken to aftermarket garages all over, to be modified to suit the taste of the people who own them. Here is yet another example of a modified Interceptor that has caught our attention, do have a look. 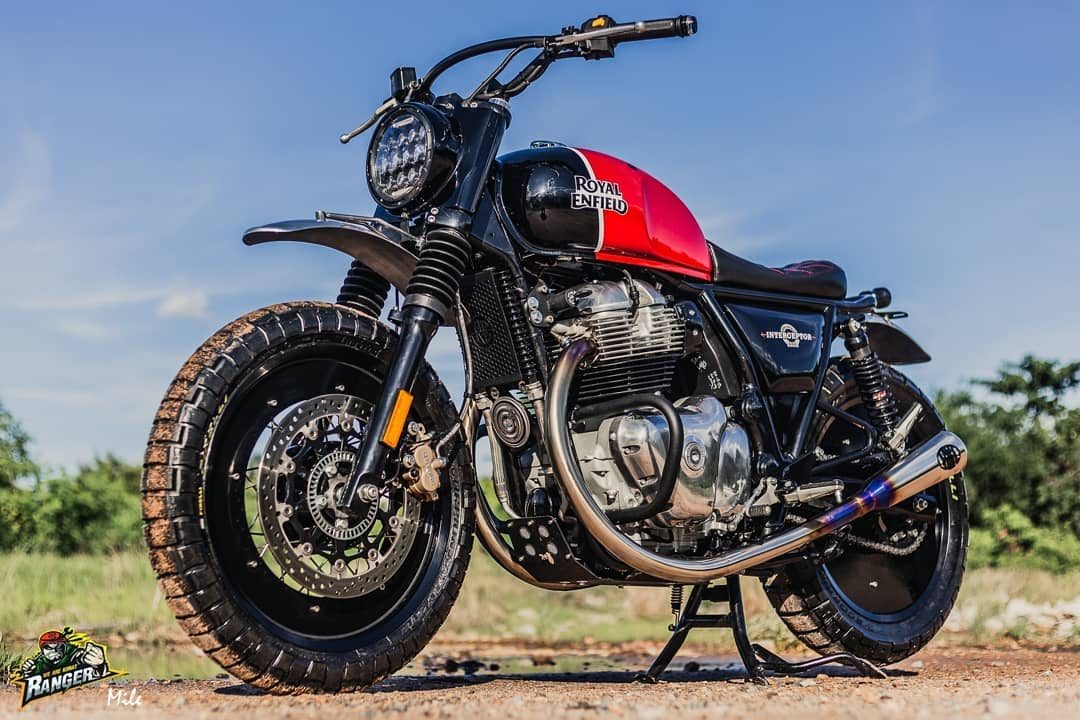 Seen on the Instagram account of Ranger_Korat, a renowned customisation shop in Thailand, this Interceptor seems to have started its life as a regular, custom variant model finished in a dual tone shade of black and red. The first visible change is the front end, which endows a completely different front look to this motorcycle. The front fender is raised up, enduro style and the tyres come with a knobby pattern, for better performance on the dirt. The wheels themselves do not seem to be changed but get a visual upgrade with a black cover. The headlight looks retro, not too different from the stock unit but comes with modern LED illumination. The handlebar also has been changed and the mirrors have been taken off for a neat look. 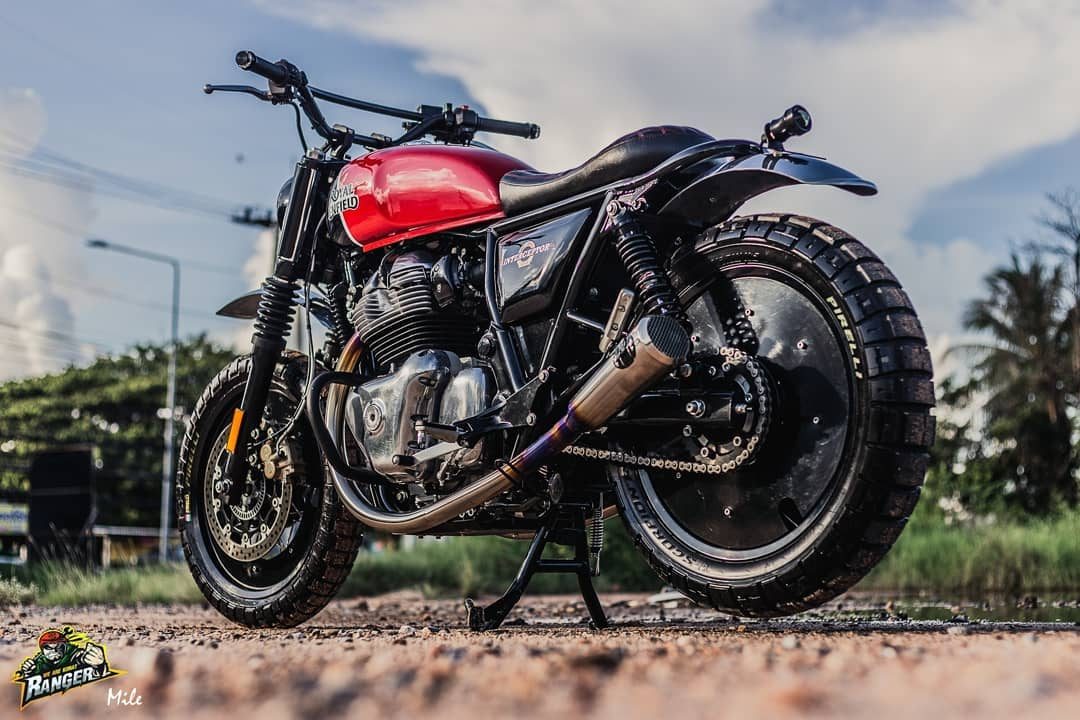 Moving further ahead, we see a redesigned seat, which would hold one person comfortably, while looking quite rich with the quilted stitching. The rear fender too has been raised, with the rear stop light mounted on top of it. The engine seems to be left untouched, however, the exhaust unit is new. This custom exhaust, runs in a single curved line from the engine, head to the end can, and presumably made of some expensive material, considering the heat discolouration seen on the pipes. Apart from reducing weight, this exhaust system would provide a small boost in performance, thanks to better airflow in the engine. In its stock form, the Interceptor is capable of producing 47 hp at 7,100 rpm and 52 Nm of torque. Below are some more images of this mod job, do have a look.