Home Interesting / Off-beat This modified Toyota Fortuner can survive an apocalypse; carries its own off-road scooter 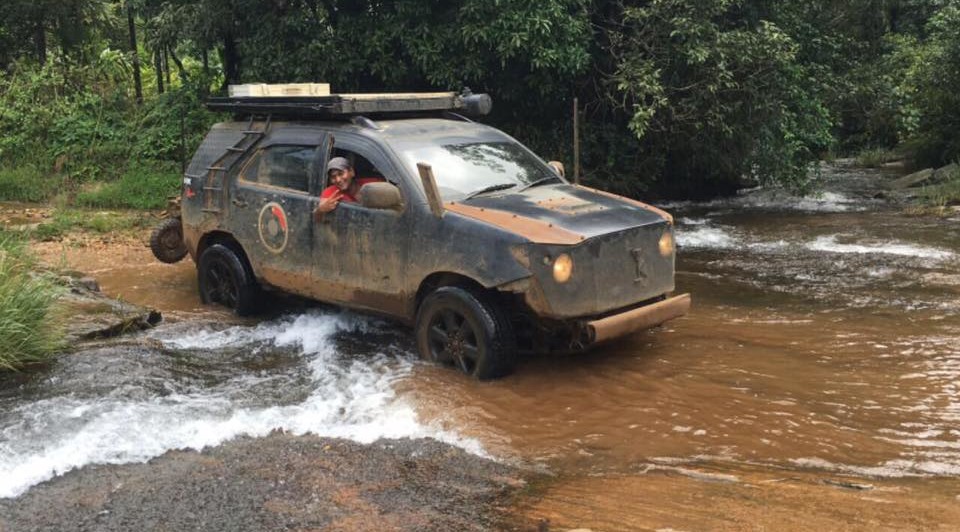 This modified Toyota Fortuner from the south of India can definitely go anywhere in the wilderness, courtesy the number of modifications that it comes equipped with. Owned by avid off-roader Vikram Dharam, this heavily modified SUV, which is not visually pleasing to say the least, justifies the term ‘form over function’. 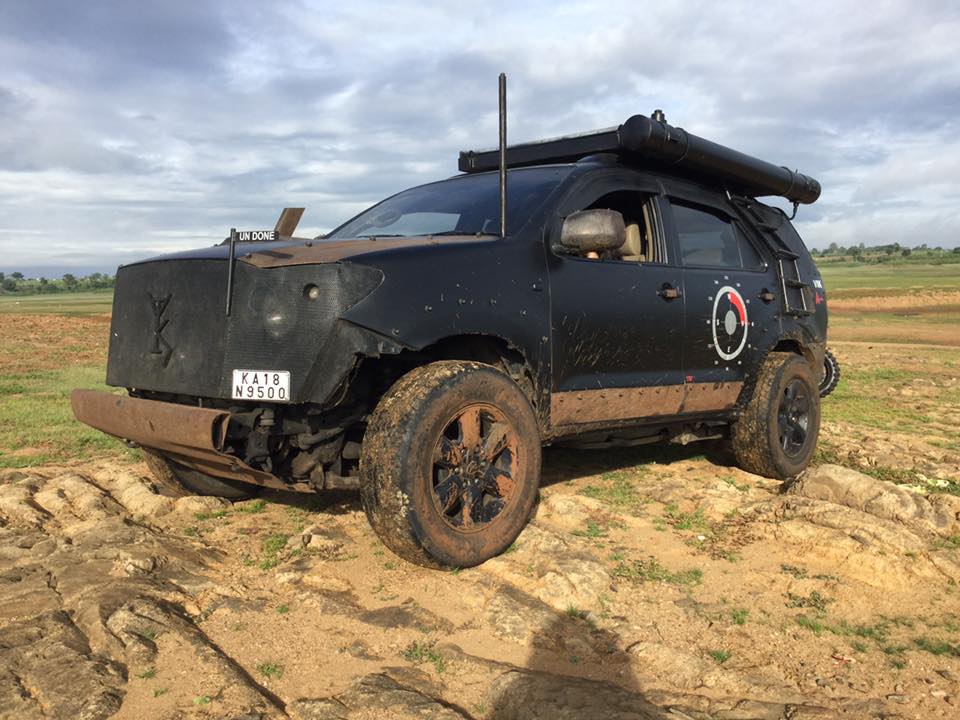 Coming to the modifications, the most significant change would be the absence of the stock front bumper that has been removed for the convenience of climbing over steep inclines. The front fascia has been completely stripped, and now features just a large, fine mesh insert that covers the basic, round head lamps as well as doubling up as the front grille. Down below, there’s also a custom skid plate for added protection. 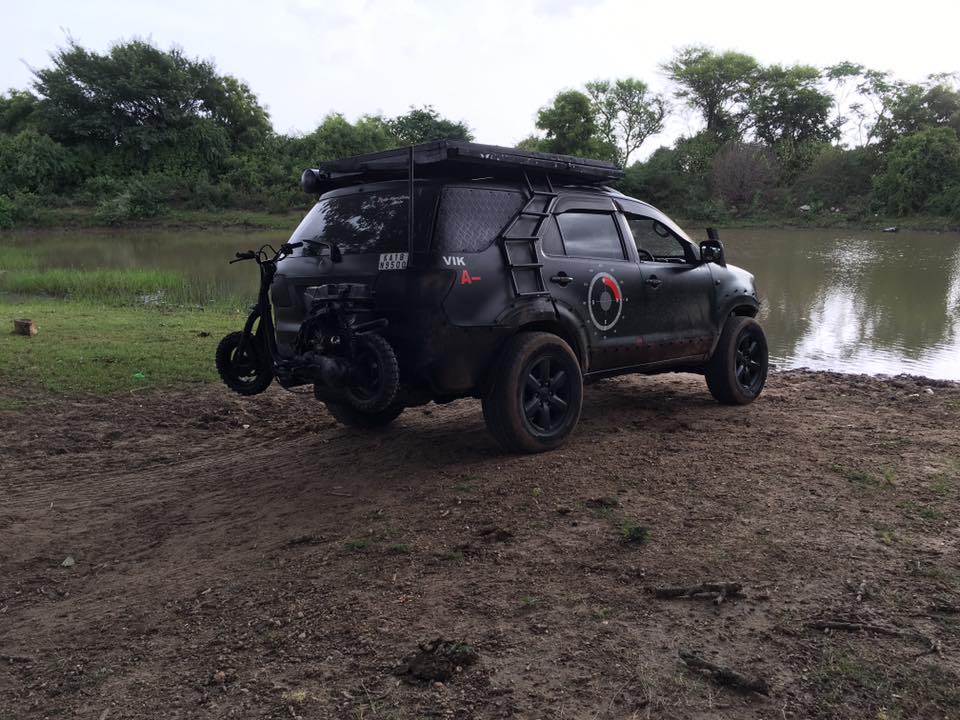 On either side, the body cladding as well as the side steps have been removed to aid the Japanese born SUV’s off-roading capabilities. Also seen is a ladder on both sides to help the owner climb up the roof to access the tent system and cylindrical water tank. An ideal off-roader already, right? Wait! There’s more.

At the rear of the SUV is a modified scooter stacked on a special mount enabling the owner to explore deeper into the wild while the big beast gets some shut-eye. Mind you, this is not a simple scoot either; for the two-stroke Kinetic Honda has been stripped down to bring a smaller digit on the weighing scale. This, in-turn; results in lesser issues while maintaining the two-wheeler. 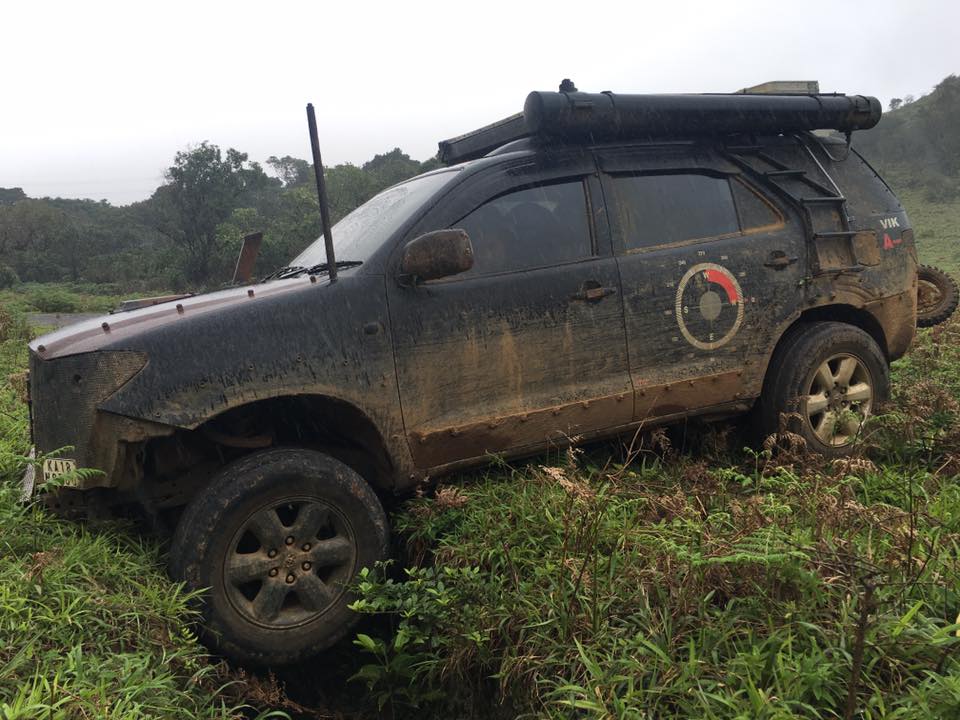 Rounding off the aesthetic upgrades is a satin black paint-job and a compass graphic on both sides. Engine specifications on this beastly Fortuner remain unchanged and hence this modified SUV is powered by the stock, 3.0 litre turbocharged diesel motor that is capable of producing 171 PS and 343 Nm of torque. This engine comes mated to a five speed manual transmission that sends power to all four wheels.

Following is an image gallery of the modified Toyota Fortuner: