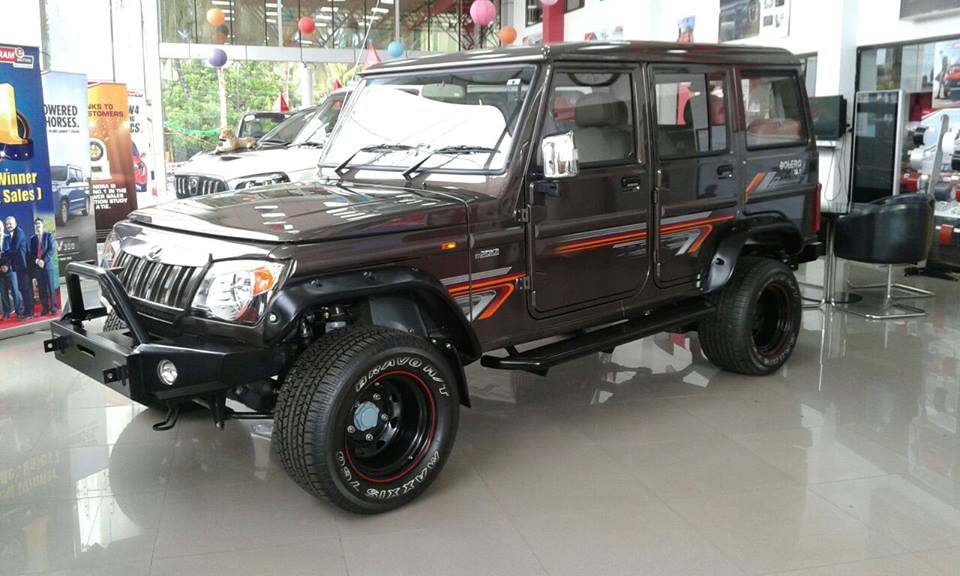 The Mahindra Bolero is due for a mild refresh soon. Meanwhile, this tastefully customised example shows up at a dealership in Calicut, Kerela. Word has it that it has been customised by Mahindra themselves, Mahindra Customisation to be specific. Unlike the usual gaudy stuff that these guys come up with, this one looks particularly choice. There’s new off-road specific bumper work, both front and rear, that should help with the approach and departure angles. 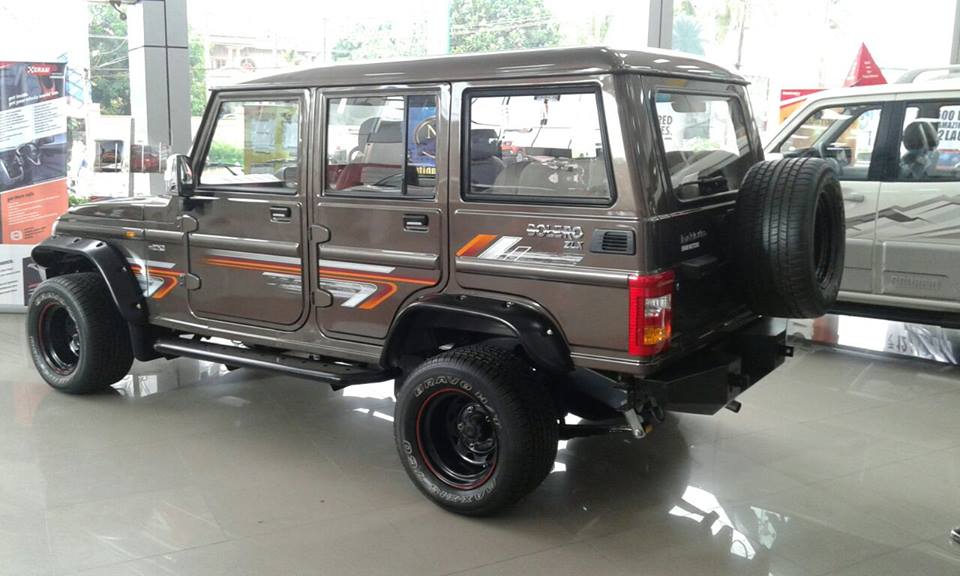 There’s additional wheel arch trim that has studs along their entire lengths, much like the trim pieces we saw on this customised Maruti Vitara Brezza. In goes a new set of functional foot boards, while footwear upgrades come in the form of beefy Maxxis Bravo all-terrain tires wrapped around a set of sexy, blacked out steel rims featuring red pin-striping and blue hubs. Everything else has been left stock – no cheesy LED light bars to be found here. 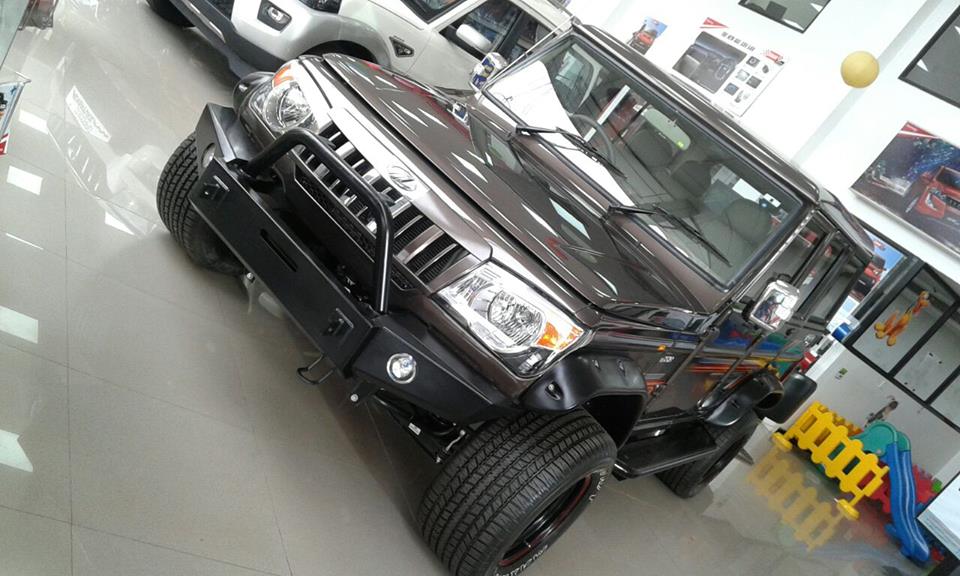 This particular example is based on the top-end ZLX variant, which means you can go rock crawling in air-conditioned comfort, and even wipe out the grime on the rear window with the rear wash/wipe feaure. However, we have loved it if this were the 4×4 version, where all these modifications would have made more sense. The tried and tested running gear includes a hardcore ladder framed chassis, leaf springs and a 2.5-litre turbo-diesel engine that’s rated at 63 bhp and mated to a five-speed manual transmission.