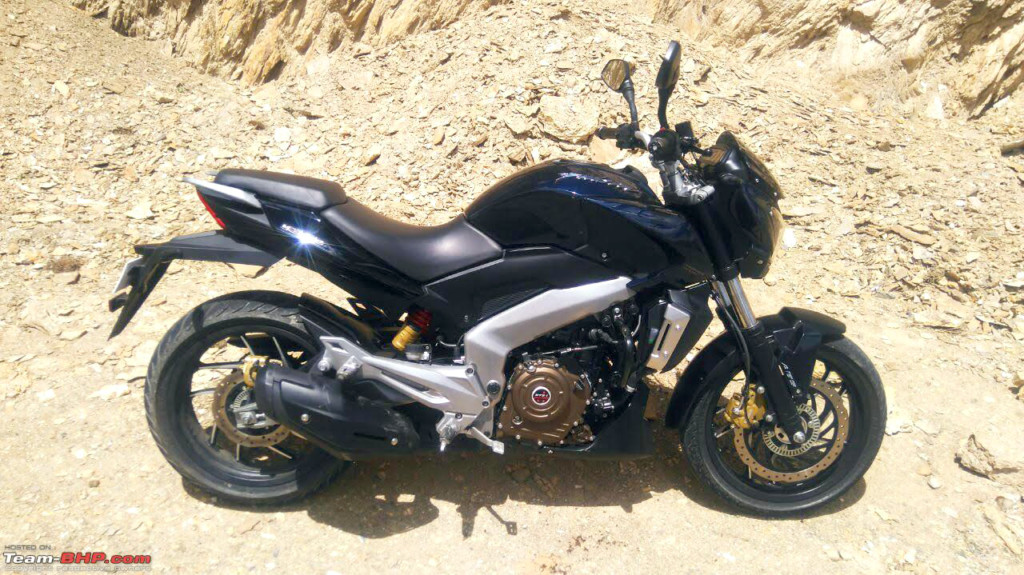 Clearer images of the upcoming Bajaj Pulsar VS 400 have emerged from Leh, where the eagerly anticipated, burly streetfighter had been recently spotted during its TVC shoot. The fastest Pulsar till date, the new VS 400 drops all its camouflage in these new images, and looks all buffed up with the sunlight glinting off its lustrous navy blue paint-job, one of the many colour options to be available with the motorcycle. 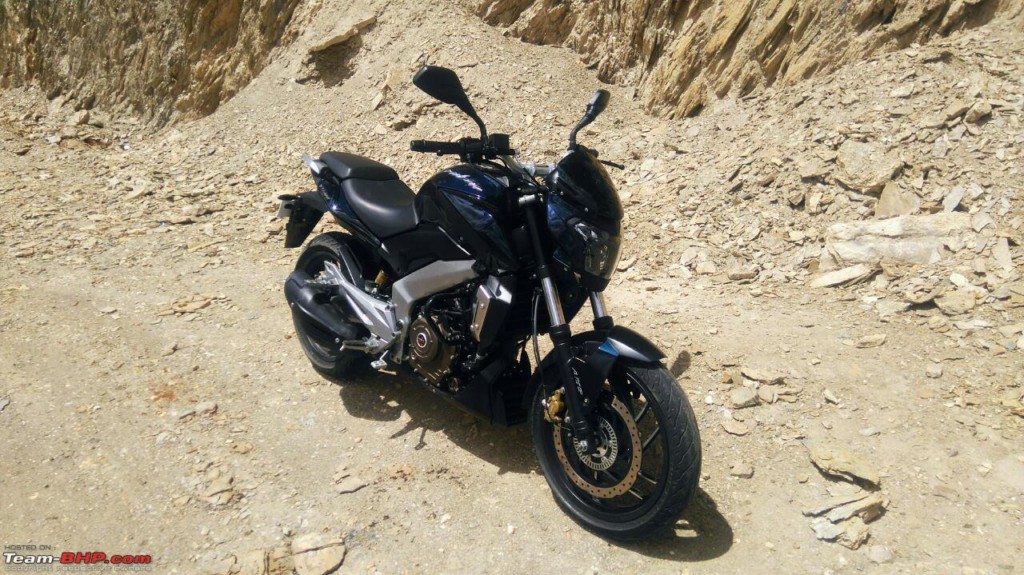 A quick recap of the Bajaj Pulsar VS 400 is in order. It was previewed by the Pulsar CS 400 concept back at the 2014 Auto Expo, and is in the making ever since. The new ‘VS’ acronym reportedly stands or Vantage Sportz, while the motorcycle’s 373.2 cc single-cylinder, liquid-cooled engine with Bajaj’s patented, triple spark technology will produce a maximum power output of 35 HP at 8,000 rpm, and matched to a 6-speed transmission. 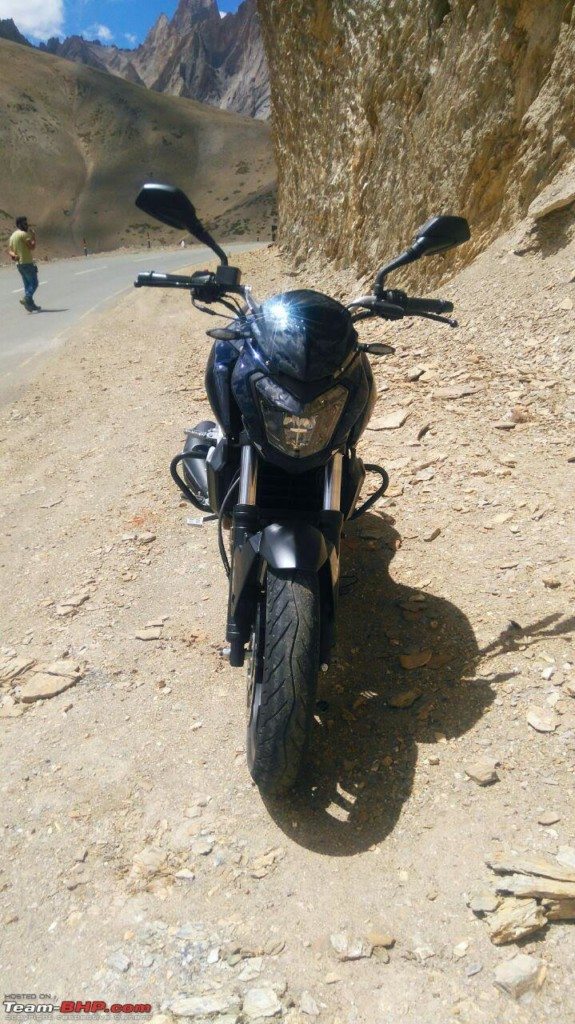 Other highlights of the Pulsar VS 400 include a full-LED headlamp setup (a first for an Indian motorcycle), a split, fully digital instrument cluster, a split seat, telescopic front shocks, a mono-shock at the back and petal disc brakes with optional ABS. The VS 400 will tip the scales with a gross weight of 332 kg. Launch is imminent, and the Bajaj Pulsar VS 400 is expected to be priced around INR 1.5-1.8 lakhs (ex-showroom), while rivalling against the Royal Enfield Himalayan and the Mahindra Mojo.