Marking the entry point in the Harley Davidson stable, the Street 750 has been on sale in the Indian market for quite some time now. The motorcycle has been a popular choice amongst buyers and just like every Harley Davidson bike, has been modified by many people to add a personal touch to their motorcycle. However, there are some modification jobs that pretty much change the whole appearance and functionality of the motorcycle. Allow us to present to you one such Street 750 transformed into a Café Racer by the talented folks at Mean Green Customs, do have a look.

Essentially a cruiser, this Harley Davidson has received a number of transformations to become a sporty café racer. The first change you would notice is the raised tank, which looks broader to support the rider when ducking down to have a blast. The long handlebar has been replaced with sporty clip-on type handlebars which look the part and also offer a sporty riding stance. A retro-style visor prevents the rider from being blasted by the wind when reaching high speeds. A LED headlamp has been integrated into this visor and while it looks quite retro, it looks as bright as any modern headlamp. 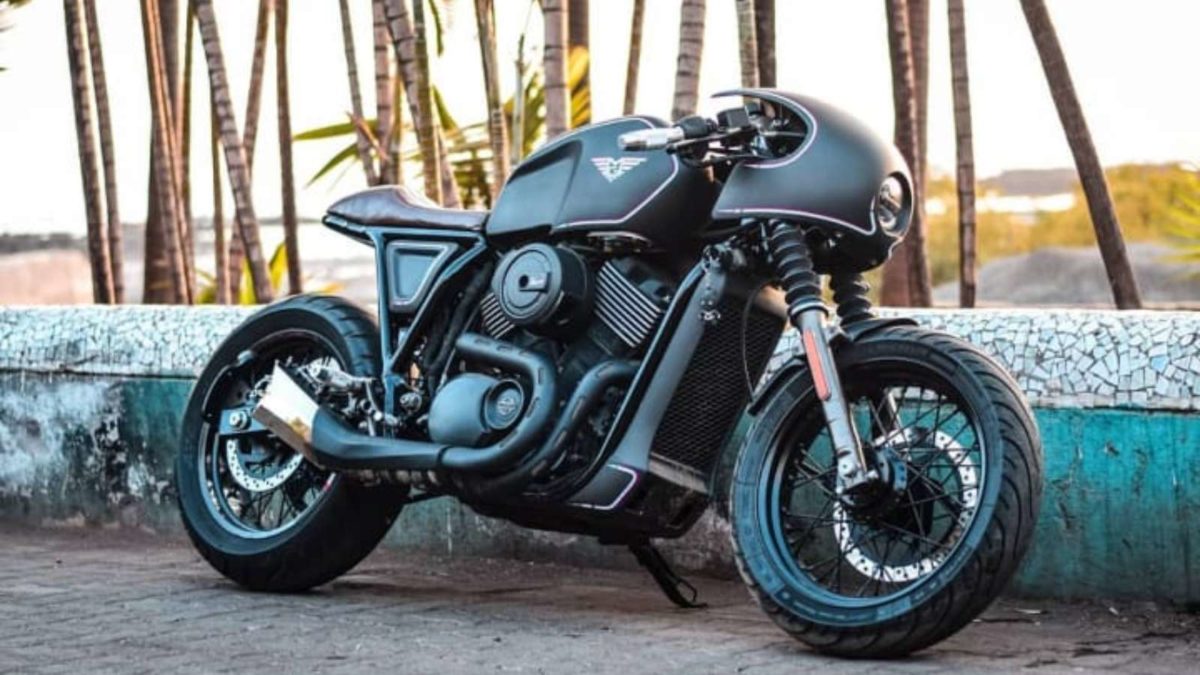 Moving beyond the custom tank, we can also see a customised seat, crafted from what appears to look like leather. The seat sort of floats over the rear wheel. The stock suspension of the motorcycle has been taken out to create this floating effect. While the engine seems to be left untouched, one can spot the new exhaust, which gets a rectangular end, finished in glossy metal. Moreover, the alloy wheels have been replaced with spoked wheels and also appear to be wider than the stock rubber. 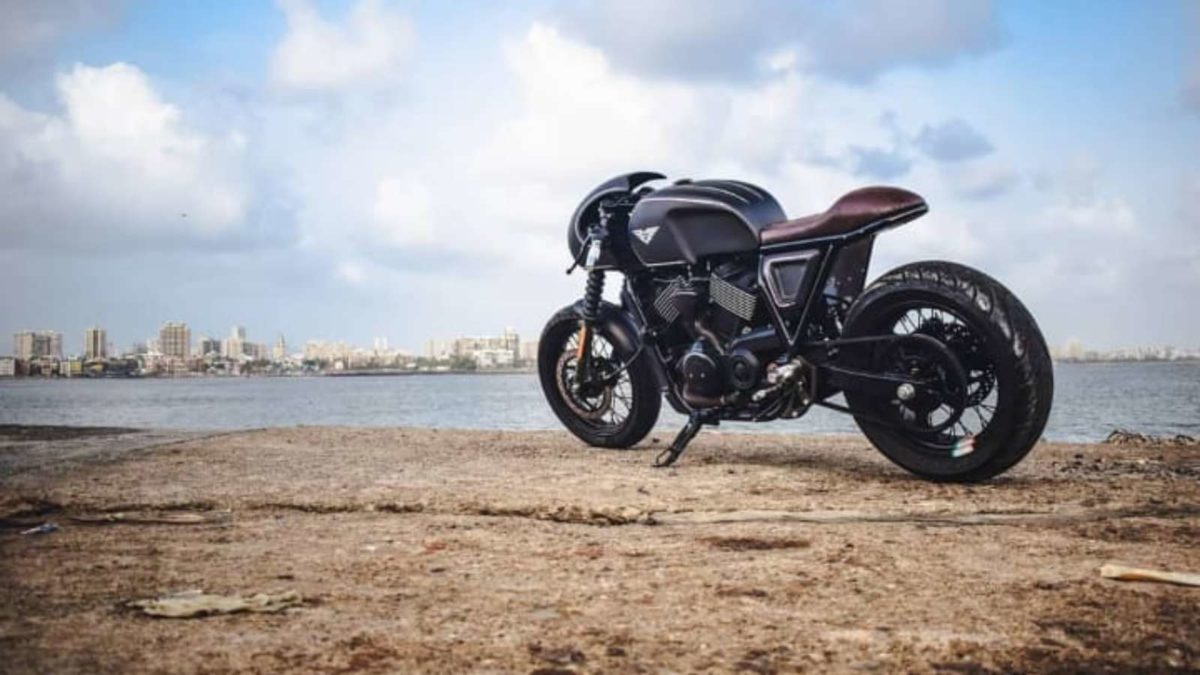 Also Read: Harley Davidson And Zhejiang Qianjiang To Come Together For A 338 cc Bike

At INR 5.33 Lakh, the Street 750 is not exactly an inexpensive motorcycle to buy. Moreover, the cost of this modification job too would be quite a bit, considering the whole bike is transformed. However, that is the price you have to pay if you want something out of the ordinary, something special and something that would suit your personality. Below are some images of this creation, do have a look.