Mahindra’s flagship motorcycle, the Mojo 300 has been due for an update. Regular readers would recall us reporting images of the new updated model of the bike. This updated motorcycle has now started to make its way to some dealerships and images can be seen on the internet. The bike now will also come with ABS, which has been mandated by the government of India to make the roads of India much safer. Expect the launch of this motorcycle happen very soon now, considering the fact that dealers have already begun to stock the motorcycle. 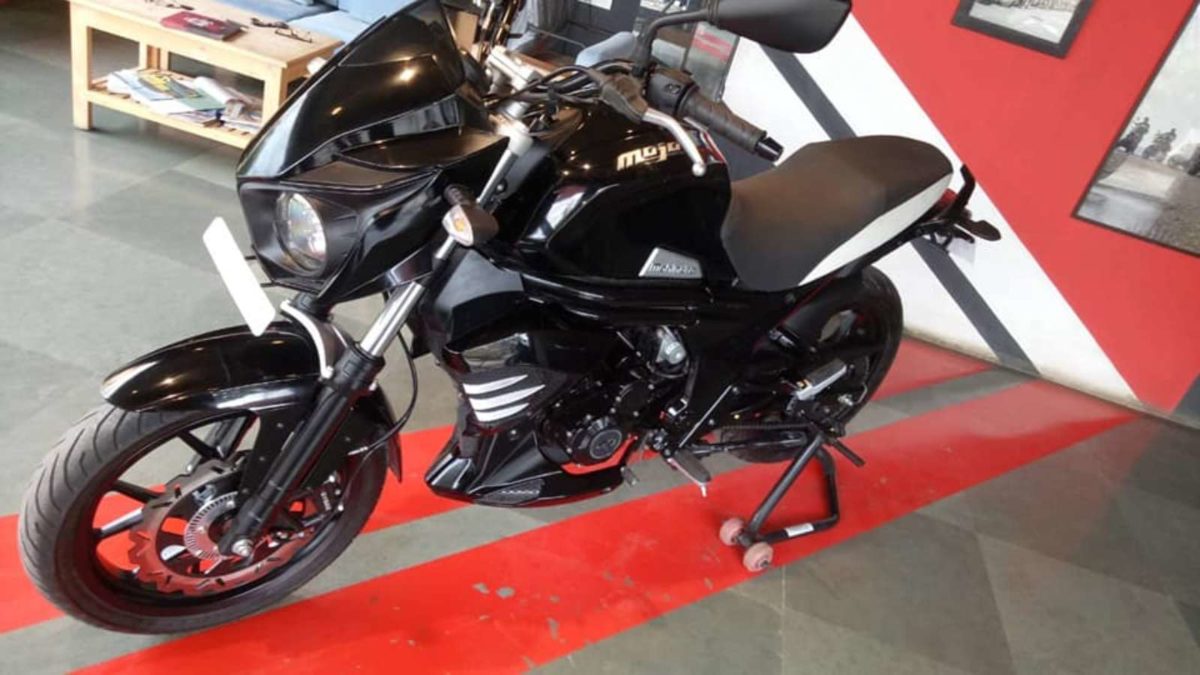 The updated model carries a number of changes. Unlike earlier, where customers had an option of getting and XT or UT variant, the new model will be offered in only one variant. The first major change is the exclusion of inverted forks, which have been replaced with a more affordable telescopic unit, with a front fork brace. The new model will only get a single-sided exhaust, angled a bit higher to clear obstacles. Anchorage duties would be done by 320 mm disc up front and 240 mm unit on the rear, both sourced from Bybre. These brakes would be governed by a dual-channel ABS module. Moreover, unlike earlier, the bike will only get a fuel-injected motor. The tyres too have changed, Mahindra will now offer Pirelli Angel CT tyres 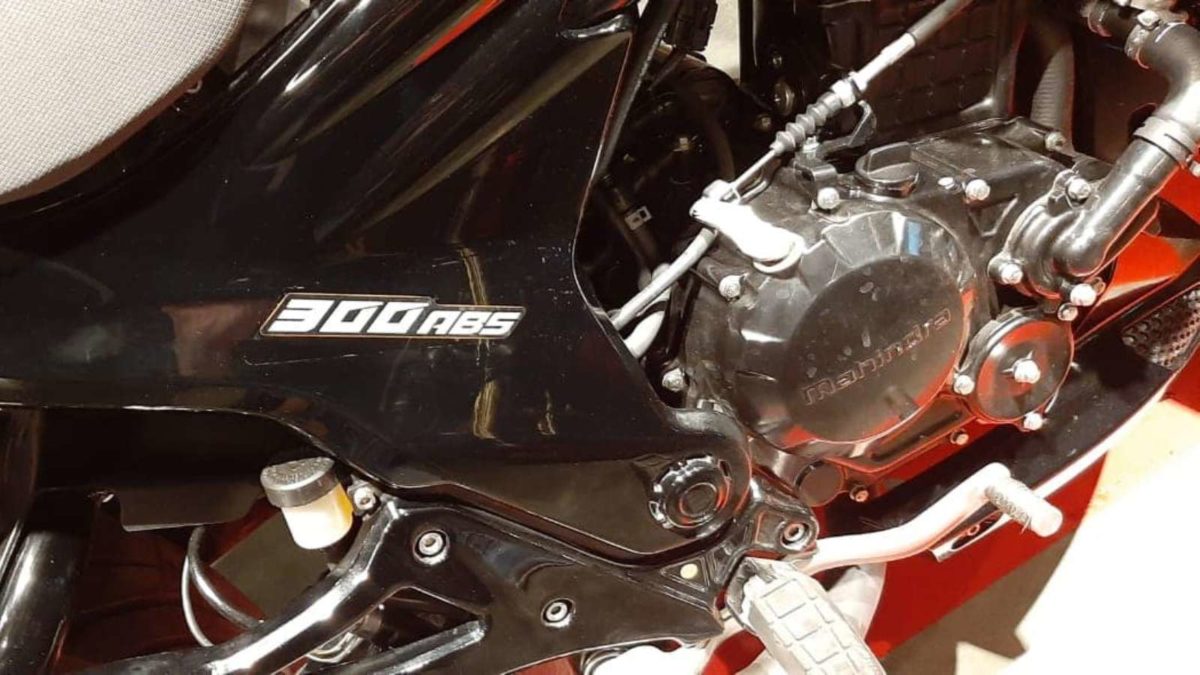 The omission of some expensive features, like the upside-down forks and the dual exhausts, indicates that Mahindra has done enough cost-cutting with this motorcycle now. In this segment, it is quite crucial to price the bike right considering the fact that the competition is too high currently. It seems that Mahindra will indeed get the pricing right, however, that is not been the Mojo’s weakness. Lack of enough advertisements or marketing of the bike seems to have an adverse effect on the sales of what seems to be a well-rounded motorcycle. Owners of this motorcycle swear by it and would not consider anything else in this segment. With such a loyal fan base and a good product, we hope Mahindra puts some effort into marketing it right and making the model a success this time around.