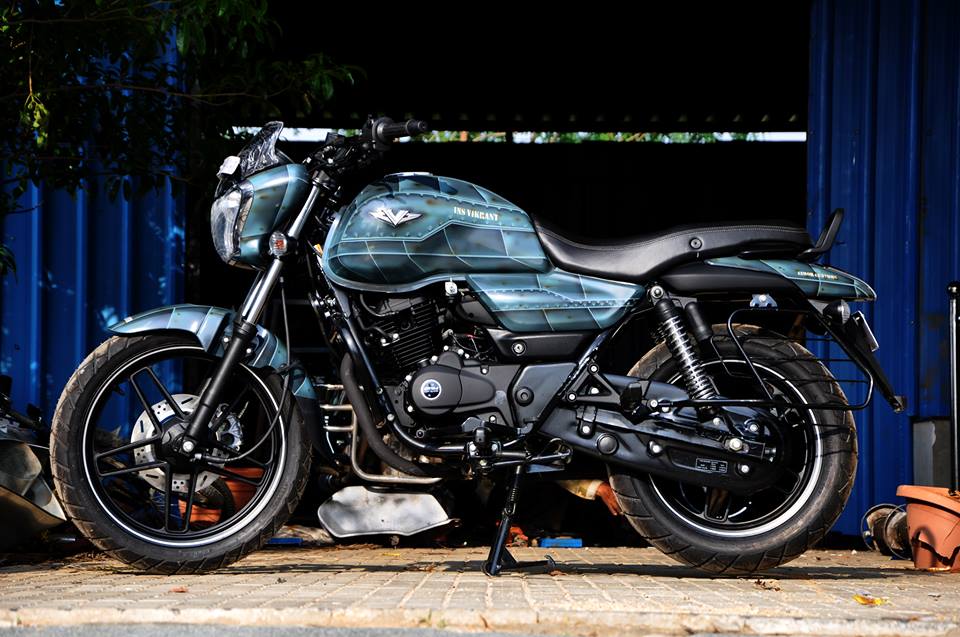 Bajaj Auto unveiled the V15 earlier this year in the month of February. The model, made out of the scrap steel from INS Vikrant, was officially launched for a price of Rs. 61,999 (Ex-Showroom, Delhi). The company even went ahead and introduced a shade of Cocktail Wine Red for the Premium commuter motorcycle. Now, Hyderabad based Eimor customs has taken the patriotism on the V15 to the next level.

Click here to read our review of the Bajaj V15

Painted in a shade of Battlefield Grey, the model appears as if it is made out of actual sheets of metal that are welded together, as seen in ships. The automotive customization brand even created rust spots as well as surface textures to match that of the war ship. The fuel tank receives a custom airbrush painting depicting the aerial view of the recently de-commissioned ship. 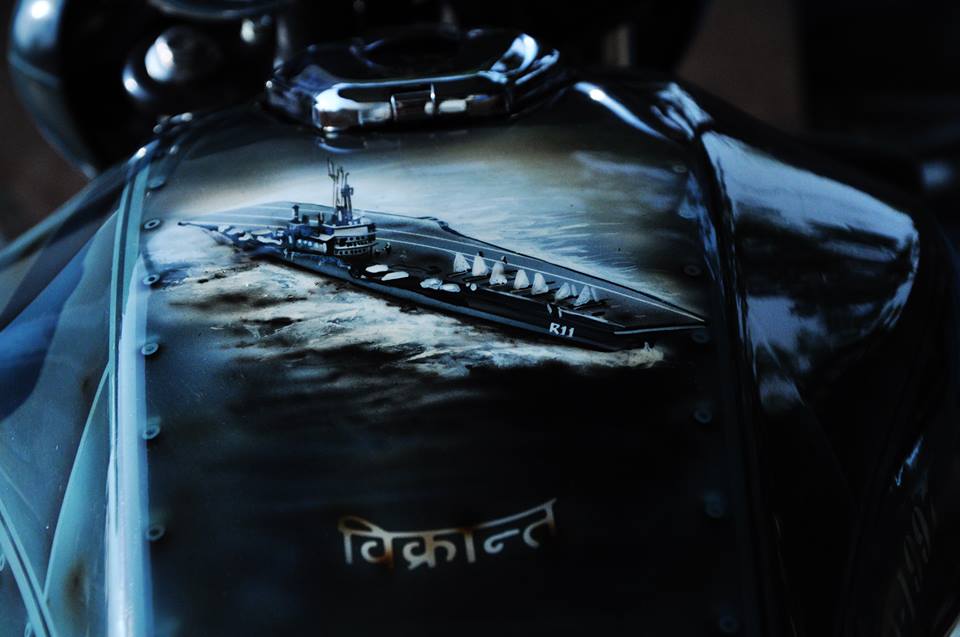 The front mudguard features ‘R11’ (the actual number of the ship) that sits beside a sticker of Indian flag. Moving on to the sides, the V badge situated on either side of the tank is retained while the name of the ship and its tenure of service in the Navy have been etched. The tail section of the motorcycle receives the lettering ‘The Invincible’. The chassis and the engine of the bike are painted in black to resemble the underbelly of the ship.

Powering the customized V15 is the same 149.5cc single cylinder DTS-i motor. This engine is capable of producing a peak power output of 12 PS at 7500 rpm while the peak torque of 13 Nm comes up at 5500 rpm. This engine sends power to the rear wheel with the help of a five speed transmission.

Following is the image gallery for the Bajaj V15 modified by Eimor Customs: