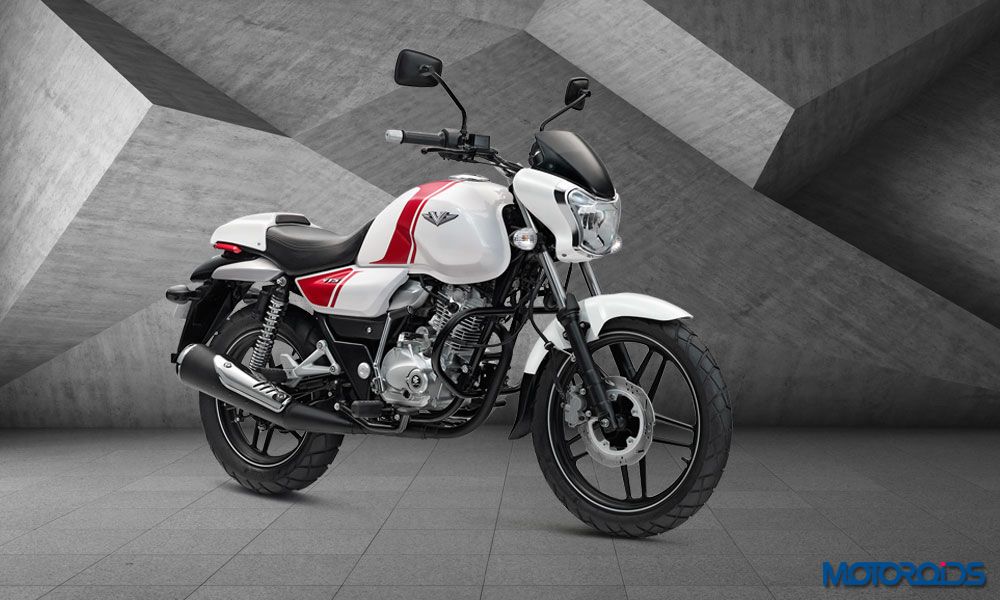 India’s leading motorcycle manufacturer Bajaj Auto has unveiled its highly anticipated all new commuter motorcycle, the “V”. Unlike any other motorcycle in the market today, the new Bajaj V uses scrapped metal from the aircraft carrier of the Indian Navy, INS Vikrant. Team Motoroids brought you all the updates and images from the launch event but we will have to wait a while to get astride this new motorcycle from Bajaj Auto to bring you a detailed ride report.

Meanwhile, you can have a look at all the official details, images and brochure of the new Bajaj V. 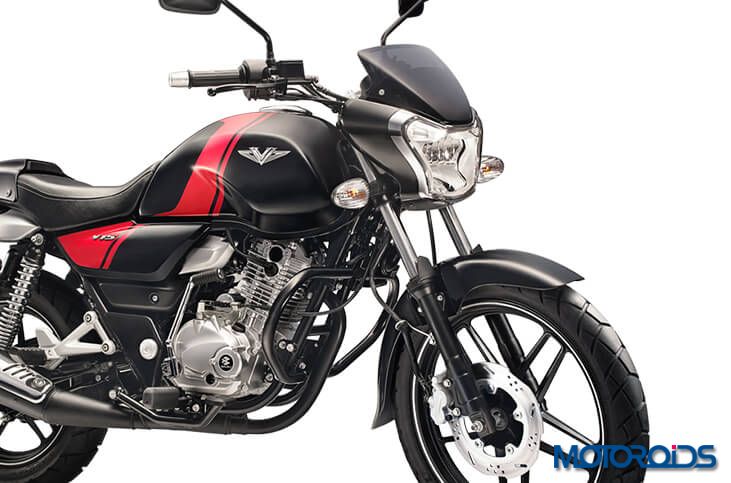 Here is the official release and more details:

With the metal sourced from the erstwhile INS Vikrant, the V is unlike any other commuter motorcycle. Oozing character, the bike stands proud strong and tall with an ability to take on all challenges in its stride. This Invincible character of the bike is supported by:

Commenting on the launch Mr. Eric Vas, President (Motorcycle Business) said, “The Bajaj V shall usher a new era in commuter motorcycling. We believe the Indian customer buying a commuter motorcycle deserves something that is substantial, solid and which moves with a sense of purpose. The V was designed and built to be invincible, and will change the experience of commuter biking much like the Pulsars changed sports biking.”

He further added, “The V contains metal from India’s first and most celebrated aircraft carrier, the erstwhile INS Vikrant. We are proud that lakhs of Indian citizens can now touch the metal of the legendary INS Vikrant.”

The V will be available in two colours Ebony Black and Pearl White. Sales commence from March this year, thereby providing an opportunity for commuters to ride the Invincible.

Here is the gallery of the new Bajaj V. Leave your views about the new motorcycle at the comments section below.