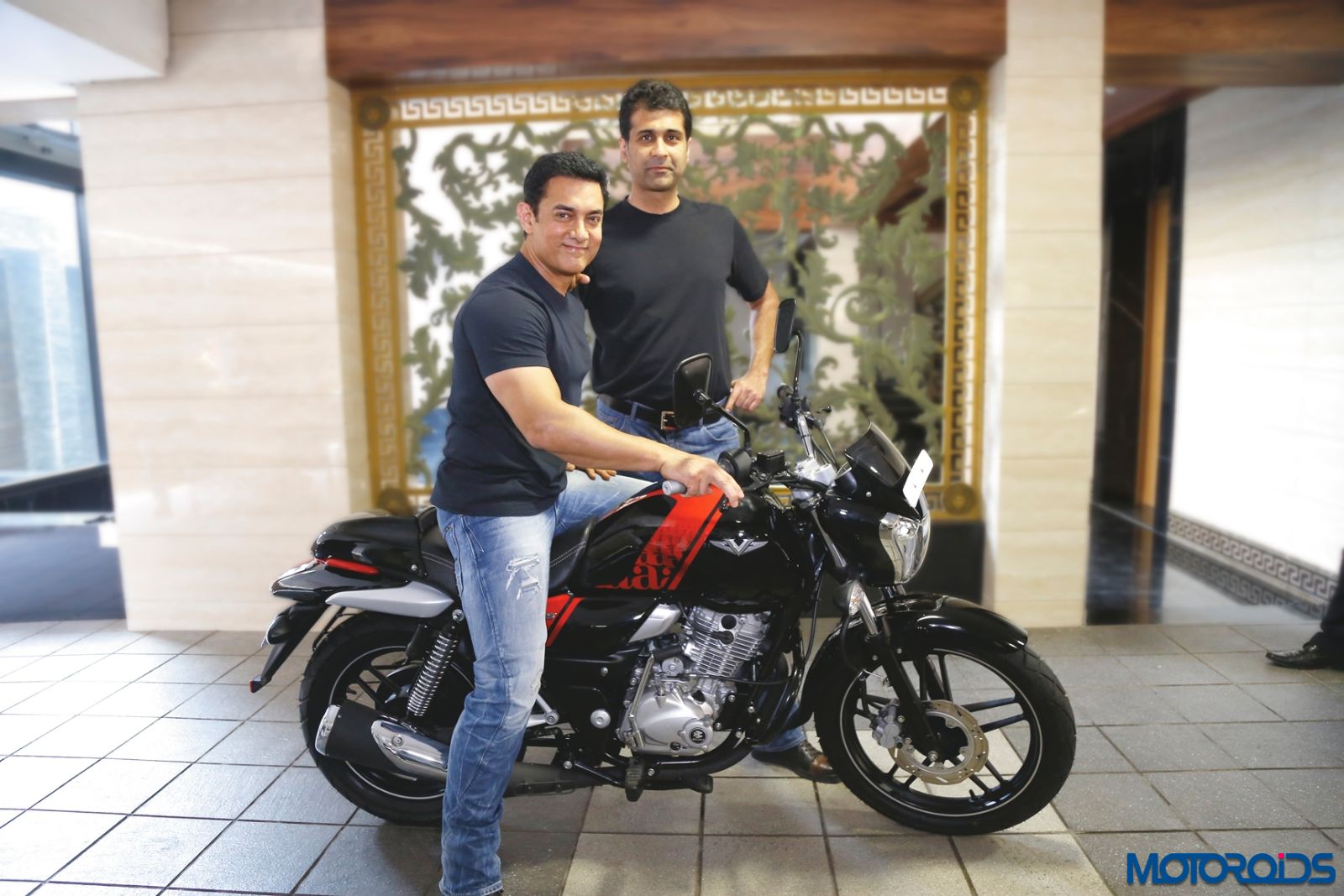 Bollywood actor Aamir Khan has become a proud owner of the all new Bajaj V15 motorcycle. This latest offering from Bajaj contains metal of India’s de-commissioned aircraft carrier, the INS Vikrant which was the reason Khan was inspired to buy the V15. The INS Vikrant played a vital role in the 1971 India-Pakistan war.

On learning about Khan’s order, Bajaj Auto’s Managing Director Rajiv Bajaj contacted the actor and decided to have a unique customisation done for his Bajaj V15. This one-off V15 has a customized embossing of the initial A on the fuel tank and graphic design of “Chote Lal” inscribed on the rear seat cowl. The V15 was personally handed over to Aamir Khan by Rajiv Bajaj. 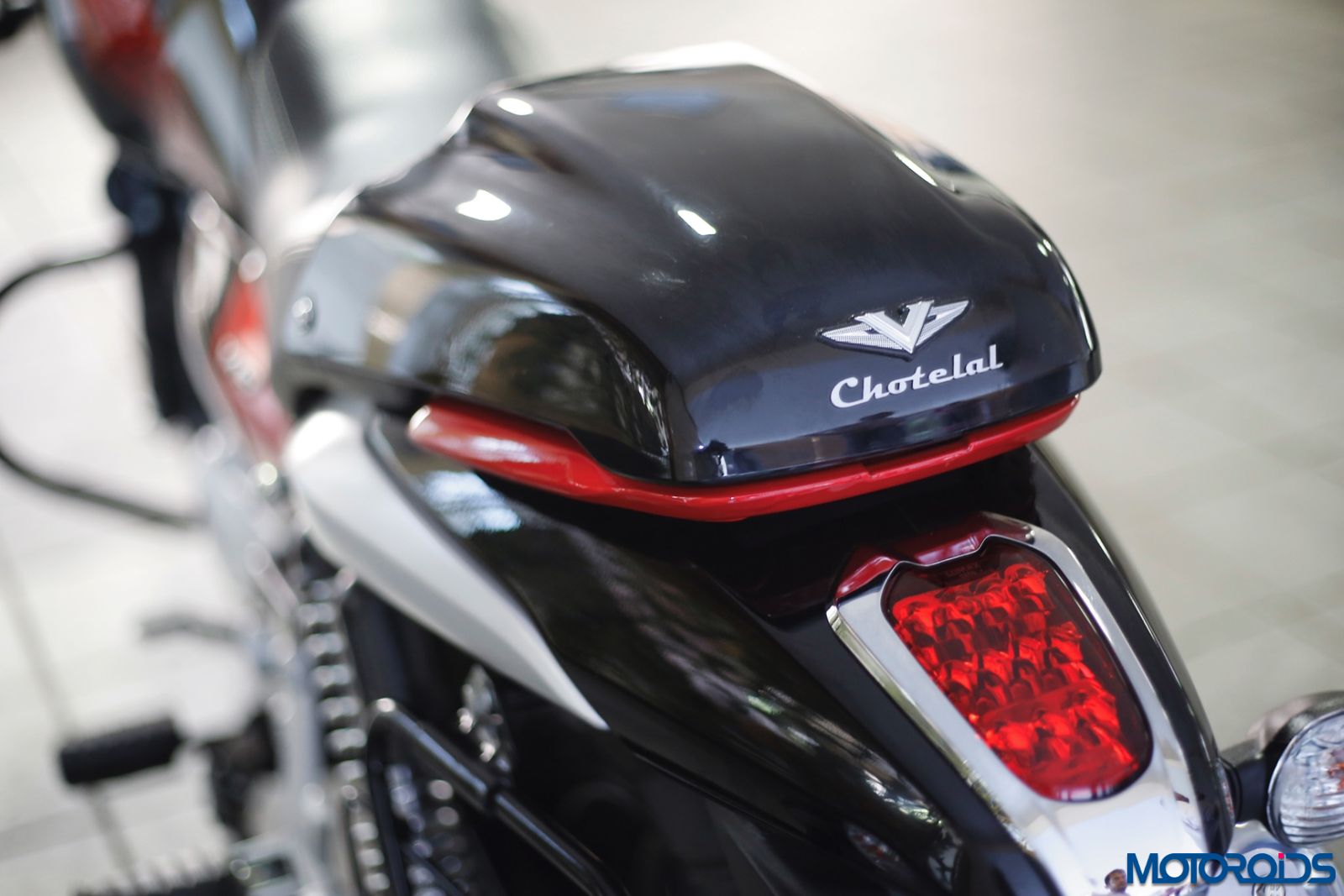 Click here to read our detailed review of the Bajaj V15

Aamir Khan said in a statement, “The V is a special bike and I wouldn’t compare it with anything else. It has a piece of history ingrained into it. For me it’s a proud moment to own a piece of metal from INS Vikrant which was the military pride of India for decades.”

Deliveries of the new V15 started on March 23, 2016 with 10,000 customers riding away with the motorcycle on the first day of availability. 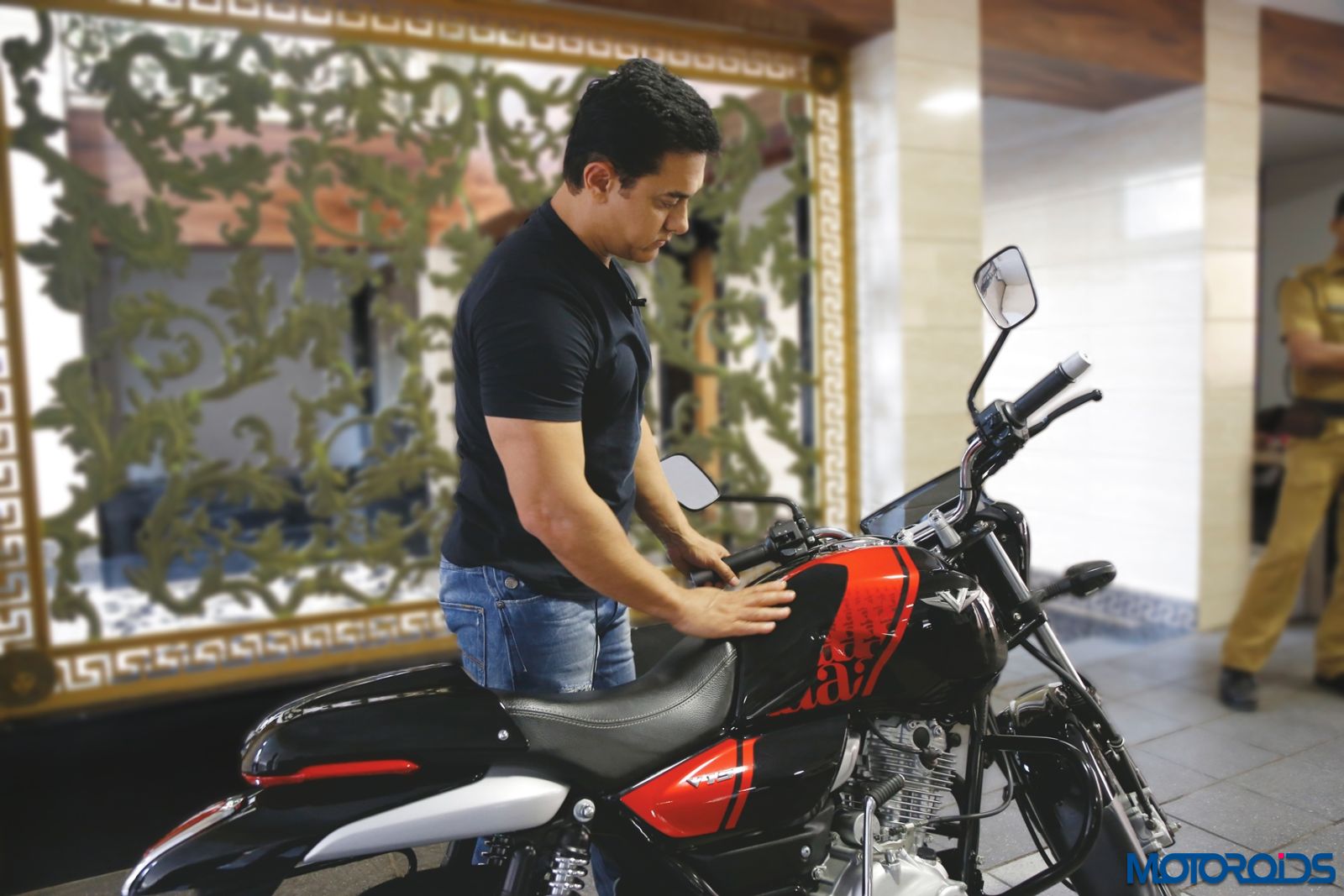 Bajaj Auto also recently released a documentary reliving the 1971 Indo-Pak War through the untold stories of the brave officers who served aboard the INS Vikrant. Here is a documentary titled Sons of Vikrant. Don’t forget to share your views about the documentary and Aamir’s latest buy through the comments section below.

Here are some more images of Aamir Khan’s V15: