Having announced an SUV onslaught for India, Volkswagen will be introducing the T-ROC SUV here on the 18th of March, 2020. The sporty SUV will most likely be priced above the INR 20 lakh mark and will be up against the likes of the top-spec Harrier AT, Jeep Compass, etc. The India-spec Volkswagen T-ROC will only be offered with a petrol engine, a 1.5-litre TSI engine to be precise, good for 150 HP and 250 Nm. This motor will be paired with a 7-speed DSG box which will be the only choice available. 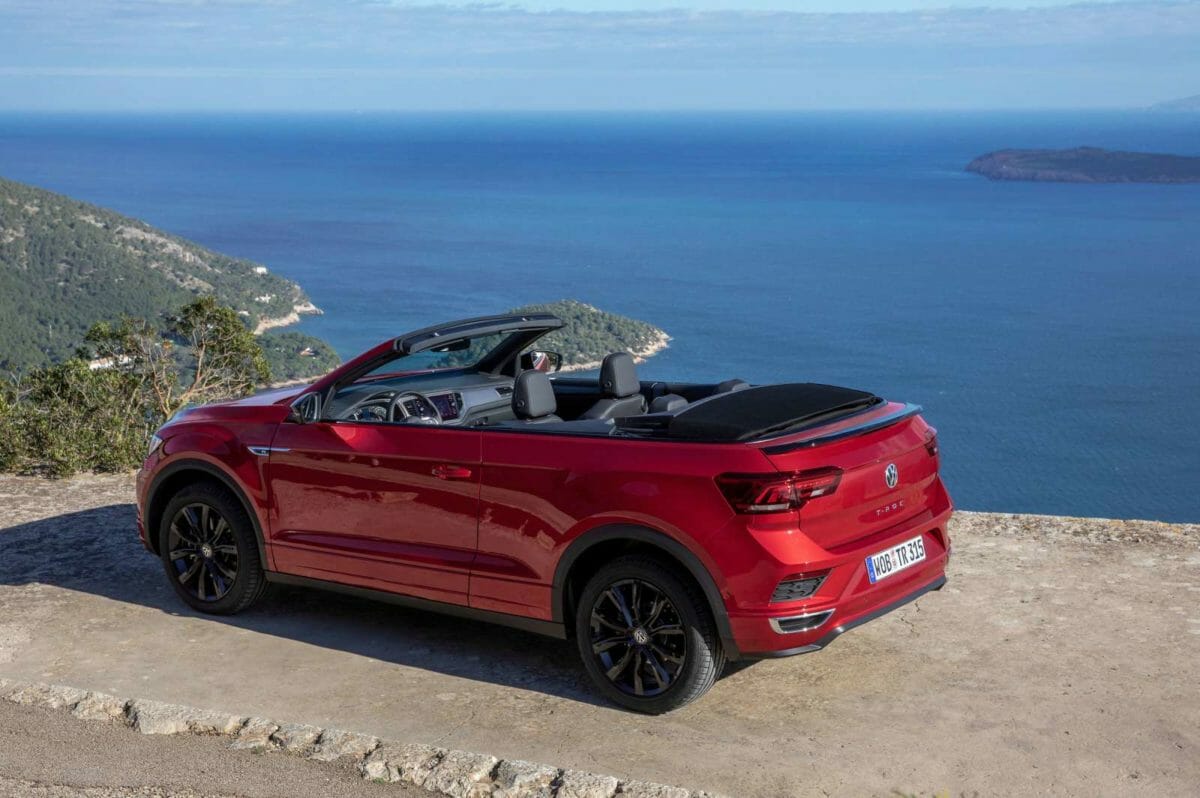 Aimed at the youth, the Volkswagen T-ROC will be brought into the country as a CBU, under the 2,500 cars per annum import limit. But what we’re on about is this 2-door, Cabriolet version of the T-ROC. Take a look and you will wish that it was this convertible soft-top which was arriving here next week. Nobody knows if they might, but if VW considers getting it here, it will make all those panoramic sunroofs people lust after in this segment, a thing of the past. Most things are common between the hard top version and this Cabriolet. However, the open-top version of the T-Roc gets a slightly raised seat position and its fully-automated soft top opens in nine seconds, when travelling at speeds of up to 30 km/h.

Also Read: Volkswagen Tiguan Allspace – All You Need to Know 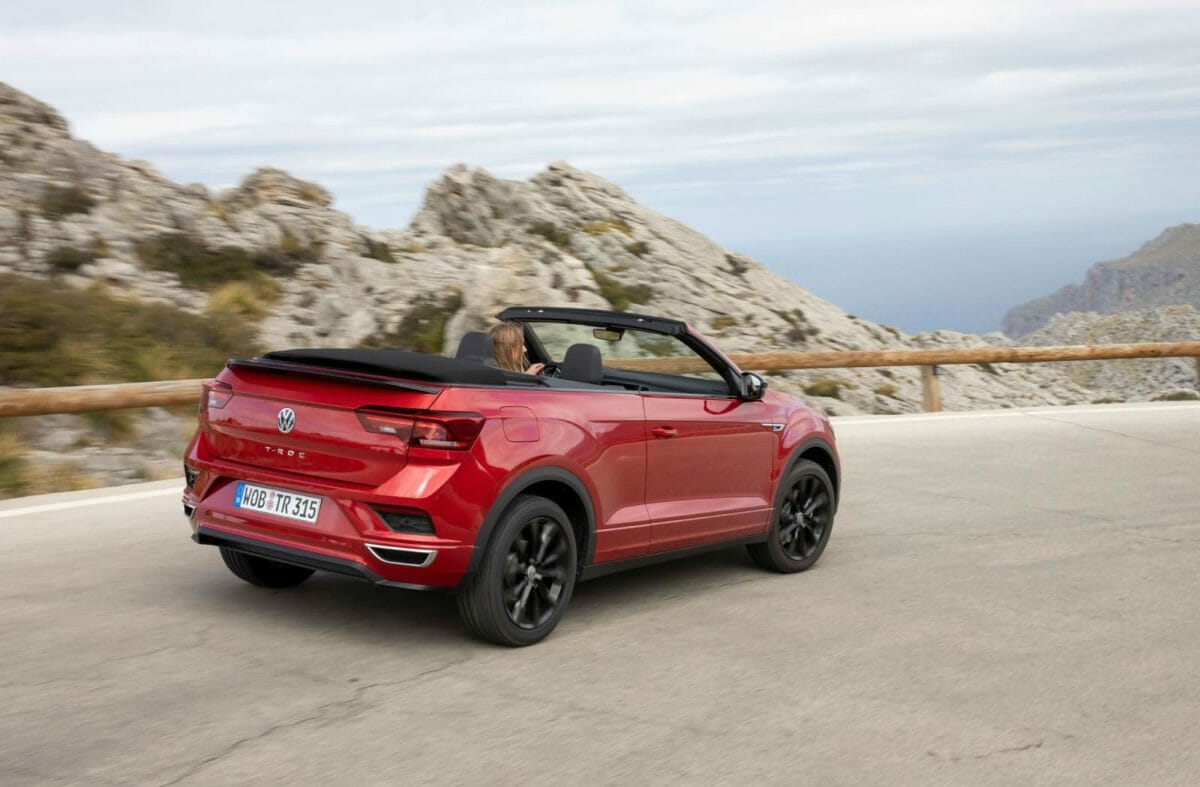 The T-ROC cabriolet is offered with two engine options, either a 1.0-litre TSI which cranks out 115 PS or the 1.5-litre TSI which will be powering the hard top version which goes on sale in India next week. The T-ROC which will go on sale in India will only be available in a single trim which will offer top-sped kit like LED illumination all around, dual-zone climate control, a digital instrument cluster, a panoramic sunroof, Vienna leather upholstery, a tyre pressure monitoring system, reversing camera, 6 airbags, traction control and a lot more. 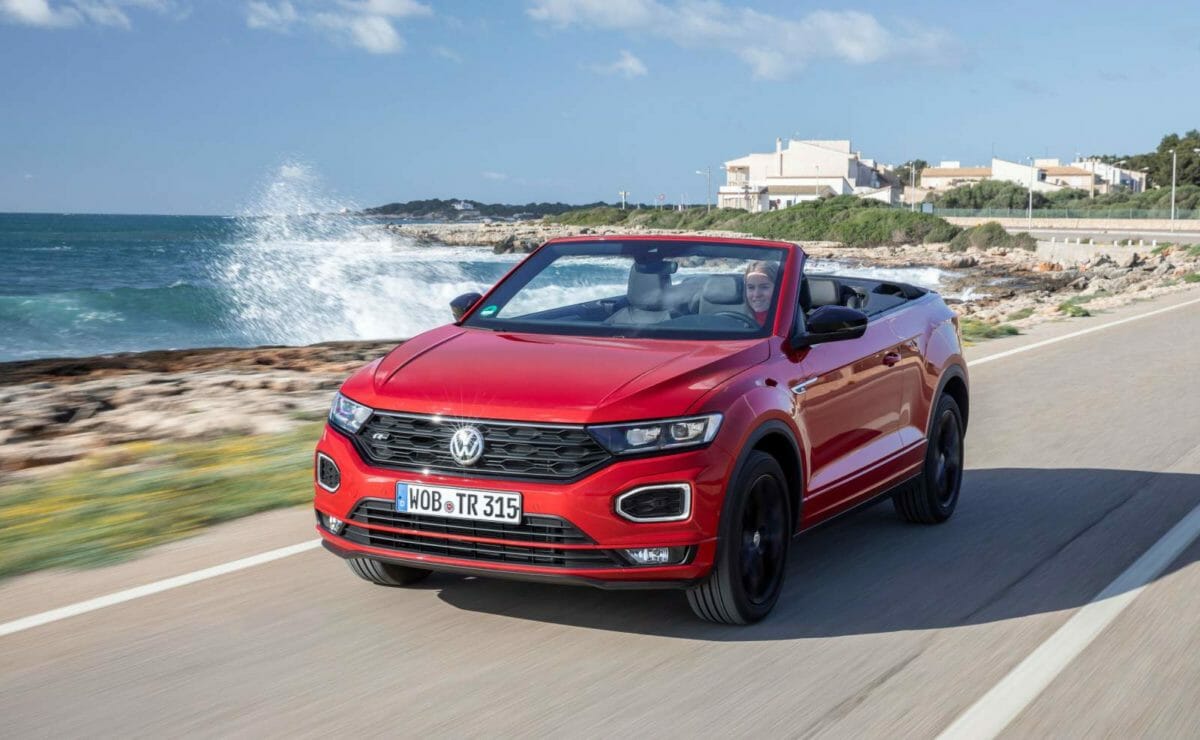 Bookings for the T-ROC are open and we’ll bring you more details when the SUV is officially launched on the 18th of March. Until then, keep wishing that VW introduces this soft top version to offer something unique and completely novel in the now crowded mid SUV space in India.