Home News Volkswagen Tiguan Allspace: All You Need to Know

Volkswagen first showcased the Tiguan Allspace at the Auto Expo 2020 and even then, it came out as an intriguing proposition. Elongated version of the regular Tiguan with some more features doesn’t sound too bad after all. A few days back, Volkswagen officially launched the Allspace at INR 33.12 lakh ex-showroom. Here’s all you need to know about this 7-Seater SUV:

The Tiguan Allspace as the name suggests, is using the space it has on offer as its key selling point. Tiguan AllSpace measures 4,821mm in length, 1,839mm wide, height of 1,674mm and wheelbase of 2,787mm which makes the cabin pretty spacious while still accommodating 7 passengers. The outgoing regular Tiguan can only accommodate 5 passengers. We Indians love the space and that isn’t hidden from anyone. With the Allspace, you don’t have to worry about leaving anyone behind on a family road trip. Good for some people, bad for some who have annoying relatives. The boot space is pretty generous too as it can hold up to 340 litres with all the passengers seated and can be expanded up to 1,274 litres with folded third and second row seating. 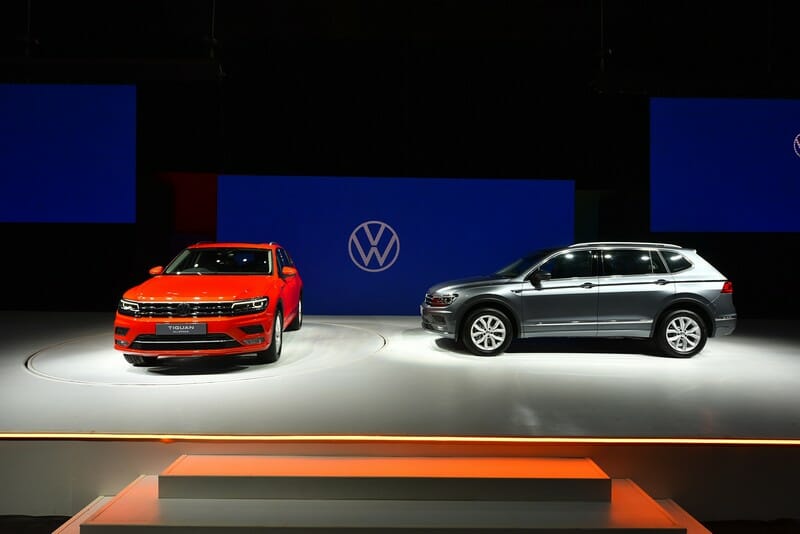 Comes with only one variant:

Volkswagen, instead of offering the Allspace in different trims, is offering it in only one variant with only one engine option to choose from. From its 2.0-litre petrol engine, the Tiguan Allspace churns out 187 bhp and 320 Nm of torque to pull this behemoth. The petrol mill is mated to a 7-Speed DSG 4Motion transmission which is the only option available. The 4Motion badge represents the 4-Wheel drive the Tiguan boasts of. It’s the only petrol SUV which is on sale in this segment apart from the Toyota Fortuner. 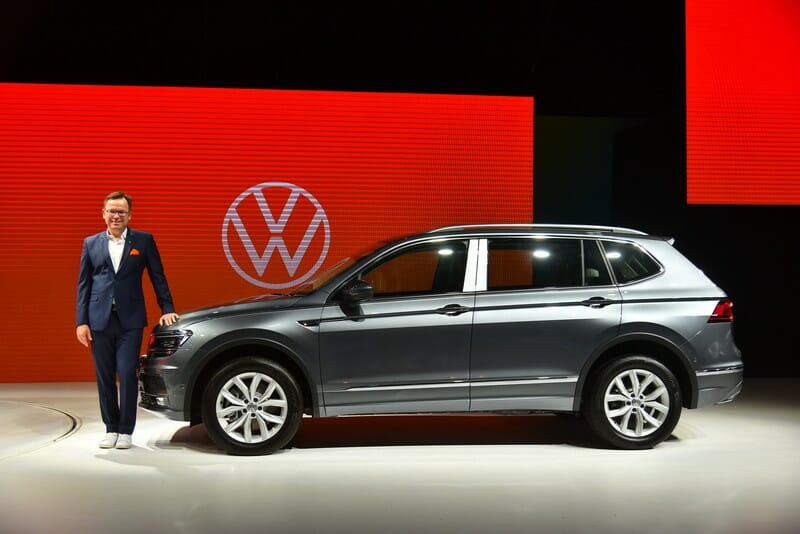 If you are offering just a single trim of your car, why not make it top-spec? Volkswagen had the same thing in mind and they went all guns blazing in developing the Tiguan Allspace. Allspace has become the first Volkswagen car in India to feature a virtual cockpit. It will display all the necessary information to the driver in a rather futuristic manner.  Volkswagen has also pitched in a panoramic sunroof which is always a welcome addition. Cold breeze hitting your face while you stick your neck out of the roof of the car? Always appreciated! The Indian summers are notorious for tormenting the drivers who are caught in the caged structure on wheels. Volkswagen has taken care of that too by throwing in a 3-Zone Air conditioning as standard. A feature-loaded cabin is always better than a barren land of nothingness, right?

Loads of color options to choose from: