What will arrive in India as a CBU before going on sale, the Volkswagen T-ROC will be formally launched in India on the 18th of March 2020. The premium compact SUV was on display at the Auto Expo 2020 which went by and if you would like to know more about the vehicle, below is a video which should help:

Since the T-ROC will be imported in a fully-built condition, expect levels of quality to be top-notch. However, it will also make the VW retail for a price of around INR 20 lakh+ (Ex-showroom), making it rival the likes of the Jeep Compass and the new Hyundai Tuscon. The VW T-ROC for India will be powered by a 1.5-litre TSI engine which will generate 150 Hp and 248 NMm of torque, mated to a 7-speed DSG gearbox. No diesel engine or a manual transmission will be on offer and the T-ROC in India will most likely be offered in a single trim.

Expect the vehicle to offer top-spec luxuries like a panoramic sunroof, 2-zone climate control, all-LED illumination on the outside, a large infotainment screen and a 445-litre boot. In terms of safety, expect a comprehensive suite of aids along with 6 airbags. This all-new VW will offer a certain amount of uniqueness in the segment and appeal to those who wish to purchase a refined 20-lakh product with a premium badge. The T-ROC is rather compact in dimensions, compared to the likes of the Harrier, but those who aren’t after the size will appreciate the T-ROC’s footprint. 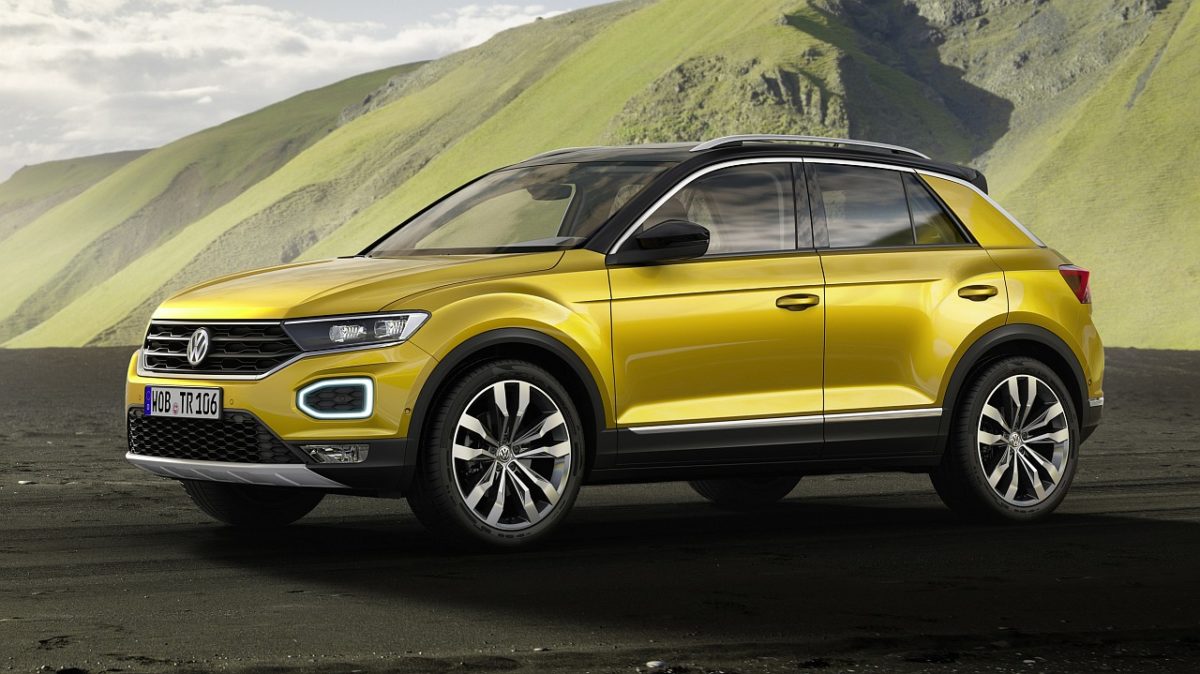 VW will also introduce the Tiguan Allspace – a 7-seater version of the SUV – on the 6th of March. The longer Tiguan will be up against the likes of the Kodiaq and offer 5+2 seating with seats which allow the cargo area volume to remain variable. Later this year or early next year, the all-new Taigun will be introduced and that will be a proper, “Made for India” product which will be up against the likes of the Creta and the Seltos, in terms of positioning and price too.