A sharp motorcycle with a comprehensive electronic package and explosive performance. When this is how you describe a bike in a single sentence, chances are, you’re describing a KTM Motorcycle. KTM has a tendency to come out with razor-sharp weapons on two wheels and the latest one in their stable is the Duke 890 R. KTM first introduced the world to the Duke 790 and then taking it as the base, developed the better and more powerful Duke 890 R. They first showcased the ‘Super Scalpel’ at EICMA 2019 and now, reports suggest that KTM is planning to bring the Duke 890 R to our shores soon, maybe sometime in 2021. 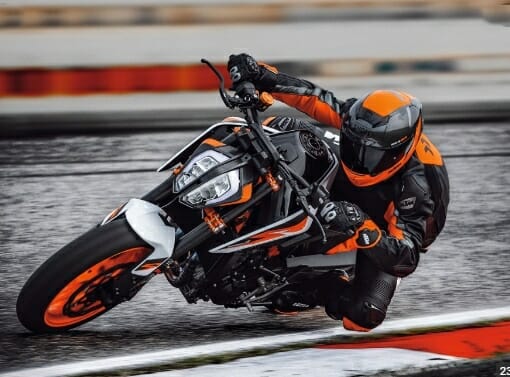 A few months back, KTM brought the Duke 790 to India but it wasn’t as successful as the Austrian manufacturer would have liked it to be. The primary reason being the pricing because it took the import route. The Duke 890 R, most likely will come via the same route but will be costlier than the Duke 790. Then again, it packs a lot many features and the overall performance is better too.

Coming to the specs now, the Duke 890 R gets a bigger 890cc parallel-twin based on the 790cc mill. This engine is capable of churning out 121 PS of maximum power and 99 Nm of peak torque. It is a major step up from the Duke 790 as it was good for 105 PS of power and 87 Nm of peak torque. Like we said earlier, the Duke 890 R is based on the Duke 790, it gets the same chassis but with some necessary improvements. The steering rake has been made sharper, trail and wheelbase is longer, footpegs are more rear set and seating position is more aggressive. Ride and seat height has also gone up. 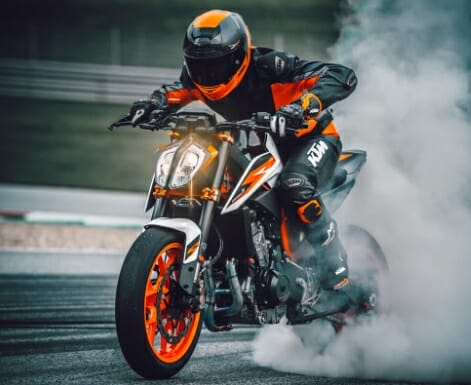 It doesn’t come as a surprise that the KTM Duke 890 R comes loaded to the brim with electronics. The comprehensive electronics package includes lean-sensitive ABS and traction control, riding modes, an optional track mode, and supermoto mode along with wheelie control, launch control and more. It even boasts of some premium cycle parts like Apex USD forks and an Apex rear monoshock while the braking duties are handled by Brembo’s flagship Stylema brakes.

When you look at the complete picture, the Duke 890 R comes out as a better overall package than the Duke 790. With increased performance, better handling characteristics and an upgraded set of electronics will help the Duke 890 R to compete with the Triumph Street Triple RS. The Street Triple RS was scheduled to launch on 25th March but the launch got postponed due to the coronavirus outbreak.