Bugatti has become a household name for just one particular thing, producing the World’s fastest cars. They have been firmly planted on the throne for decades and recently Bugatti brought together three generations of their hypercars in a single frame for a photo op in Dubai. Even while looking at the pictures, we can’t help but drool over the legacy that Bugatti has built for itself over the years. We can’t even imagine what the bystander must have experienced when the trio of Bugatti EB110 Super Sport, Bugatti Veyron 16.4 SuperSport and Chiron rolled on the streets of Dubai. 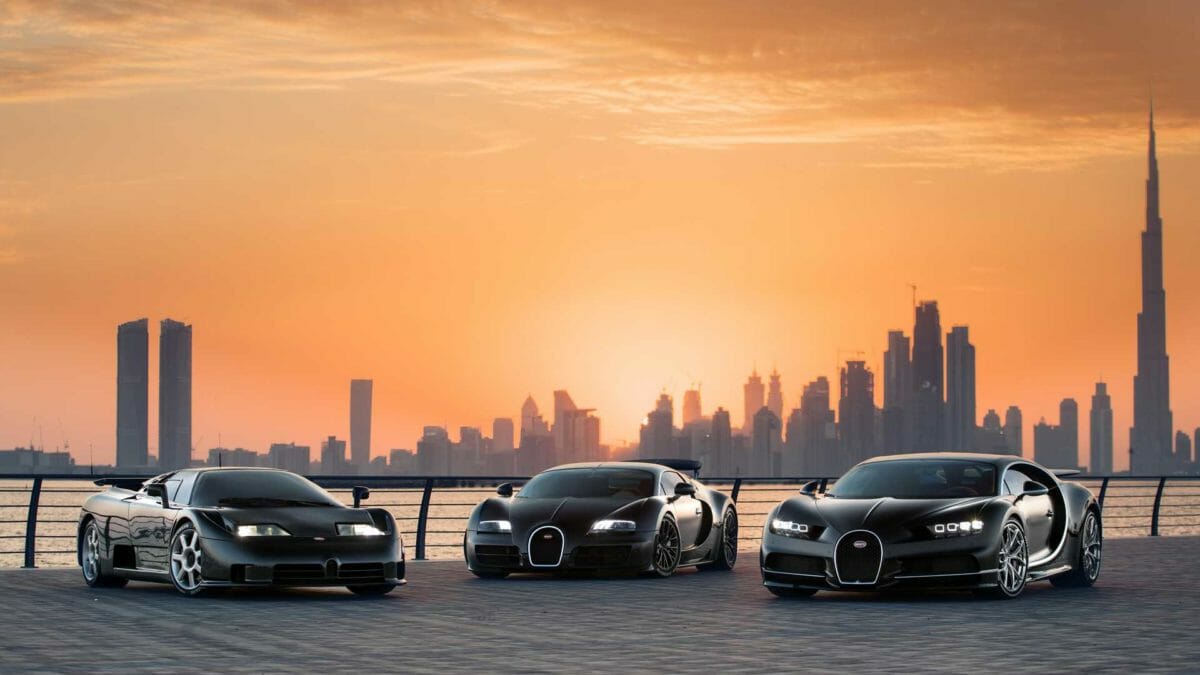 Bugatti calls this trio as ‘The Holy Trinity’ and we don’t disagree. The above-mentioned cars, oh wait, hypercars might be generations apart but they have some similarities too. For example, all boast four turbochargers, carbon-intensive monocoque construction, all-wheel drive, and record-breaking performance. The backdrop too complimented these legendary hypercars as they blew past the stunning scenery of the United Arab Emirates, including the Yas Marina Circuit and the city of Dubai.

Also Read: This 2.0-Litre, 3-Cylinder, Twin-Turbo Engine Is A Tiny Friendly Giant Which Cranks Out 600 HP 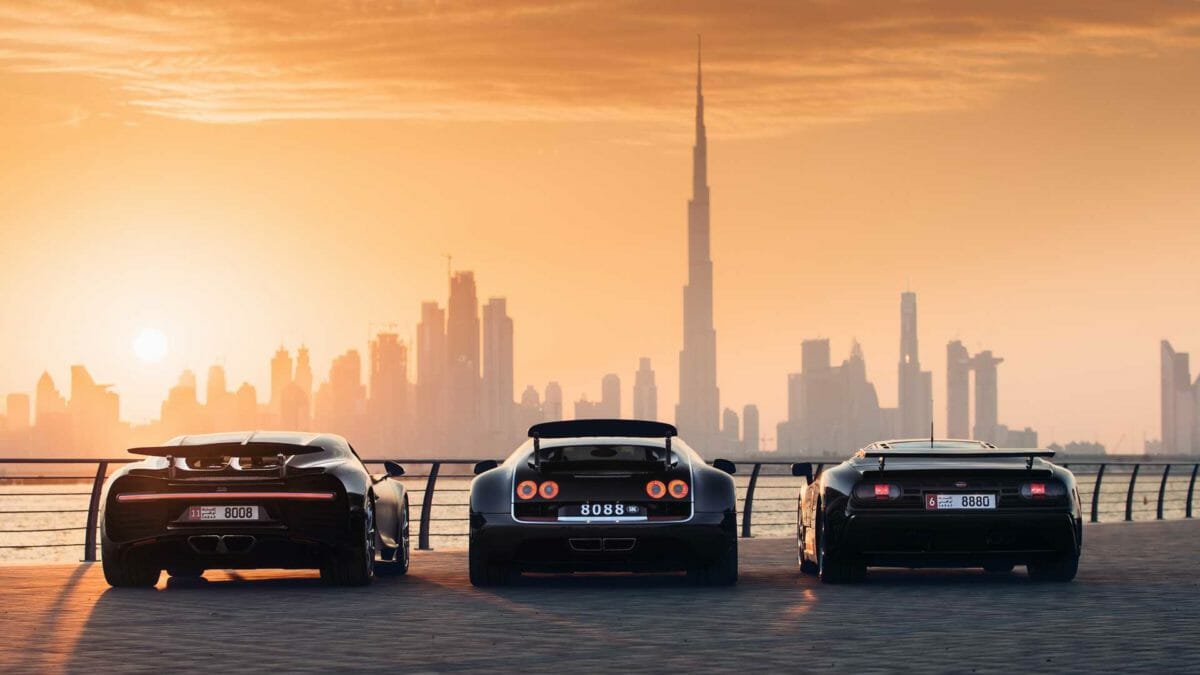 Even the oldest car in this trio, the EB110 Super Sport will eat some of the modern sportscars for dinner. It featured all-wheel-drive, four turbochargers and a carbon fibre monocoque, in 1991! It made its debut at the Paris Motor Show and made the world drop their tongues when they revealed the specs. It arrived packing a 3.5-litre V12 engine sitting in the middle, boosted by four turbochargers to produce 553 horsepower and 611 nm of torque. The EB110 featured here is the SuperSport version which took these numbers even higher. Using the same V12 engine, the SuperSport is tuned to produce 603 hp and 650 nm of torque! It could do the 0-60 mph sprint in just 3.2 seconds and a top speed in excess of 220 mph! 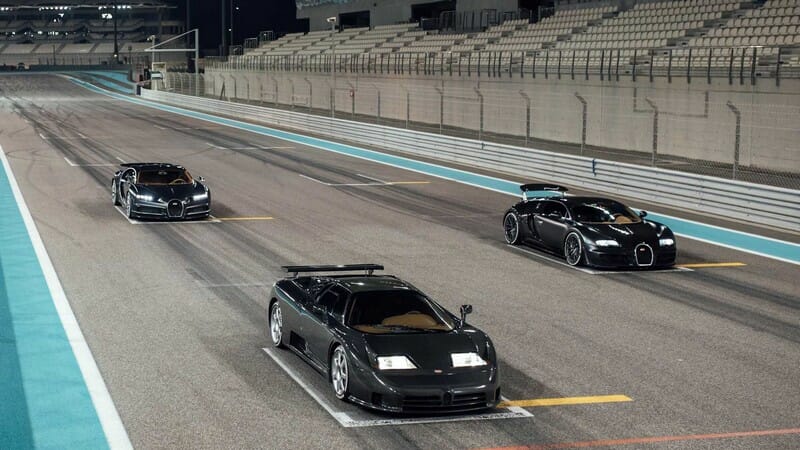 Come 2005, Bugatti disrupted the automotive industry once again by taking the wraps off the Veyron 16.4. While the EB 110 churned out some pretty respectable numbers even by current standards, Veyron decimated the specs even further! It still used quad turbos and an all-wheel-drive but featured a humongous 8.0-litre W16 engine, and output jumped to 987 hp and 1250 Nm of torque. They didn’t stop here and five years down the line they came up with the SuperSport version of the same. It featured smoother aerodynamics and a retuned engine now making 1,184 hp and 1,500 nm of torque! Top speed moved up as well, to 258 mph with a limiter or 268 mph unleashed. The SuperSport was the world’s fastest production car at the time. By then it seemed like Bugatti is not ready to let this tag go. Ever. 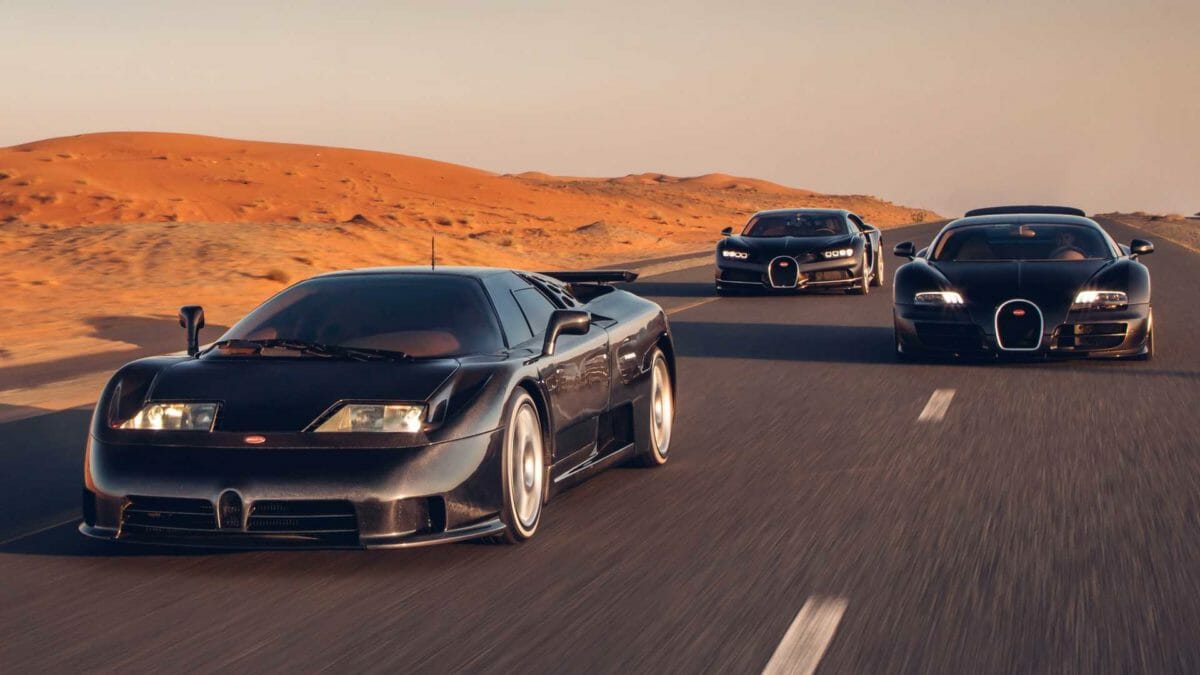 And that went on to become a reality when in 2016, they introduced the successor of Veyron, called Chiron. Which, again, went on to become the world’s fastest car. Using an updated 8.0-liter W16, the Chiron produces 1,479 hp and 1,600 nm of torque. A few months back, they announced a SuperSport 300 + version of the Chiron. The company claims this model will be capable of exceeding 300 mph (482 km/h), but tire considerations mean those customer cars will be limited to a still-incredible 273 mph (440 km/h).