The Suzuki Intruder SP had been launched some time ago, for this festive season. Priced at a very small premium, this bike would get a matte black paint job with red accents and a pillion backrest. The bikes have been spotted at a storage ground, waiting to be delivered to various showrooms. This cruiser bike was offered with both the carburettor and FI variants at a price of INR 1,00,500 and INR 1,07,300 respectively. (Both prices are Ex-Showroom, Delhi). Which are a mere premium of INR 505  for the carburettor variant and INR 404 for the FI variant compared to the regular editions of the bikes. 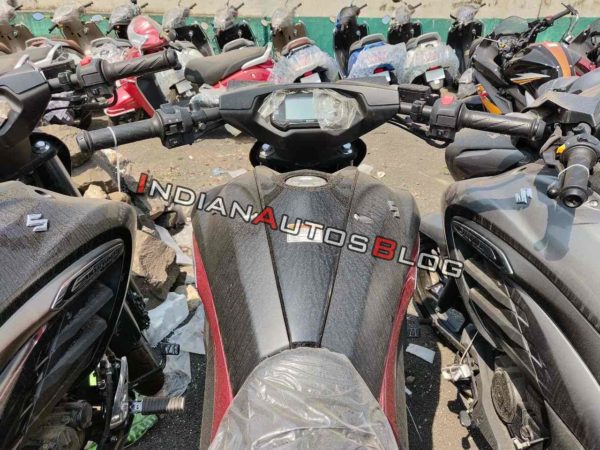 In these spy images taken by a fellow petrolhead, we see a number of Intruder SPs standing gathered. It appears to be a godown of some sort where the bikes are in line to be allocated further ahead. The pictures showcase certain details of the bikes which you will find in the gallery at the end. The paint surely does look nice and the backrest also seems to be of good quality. In the images, we do see stocks of other bikes and scooters of different brands present at the same location. 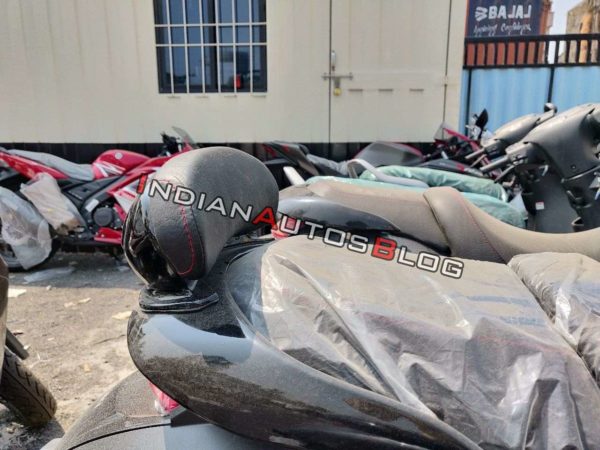 The Suzuki Intruder has had ABS since it was launched in 2017 and a digital instrument console which is also carried in the Intruder SP. Mechanically the bike remains the same, using the same 155 cc, single cylinder, air-cooled motor borrowed from the Gixxer. The motor generates 14.6 hp at 8000 rpm and 14 Nm of torque at 6000 rpm. The bike comes with a 5-speed transmission and a unique looking twin exhaust muffler. It uses disc brakes at both ends, telescopic suspension in the front and an adjustable monoshock at the rear. The Intruder also borrows design cues from its elder siblings but comes with a much more affordable price.