Home Ducati The Sound Of A New Era Is Coming, Says Ducati; Is It The V4 Superbike Unveiling?

Ducati has a big announcement lined up on September 7, 2017 and we believe that’s when they’d unveil the Panigale successor, the much talked about V4 engine powered superbike that’d replace the legendary L-Twin powered flagship motorcycle. “Save The Date : The Sound Of A New Era Is Coming,” says the recently made announcement by the Italian two-wheeler manufacturer.

We recently stumbled upon the first ever images of the upcoming V4 engine powered superbike from Ducati. The new engine, as previously reported, will be based on Ducati’s 1000cc Liquid-cooled, 90° V4, evo desmodromic DOHC motor that propels the Italian marque’s MotoGP motorcycle. 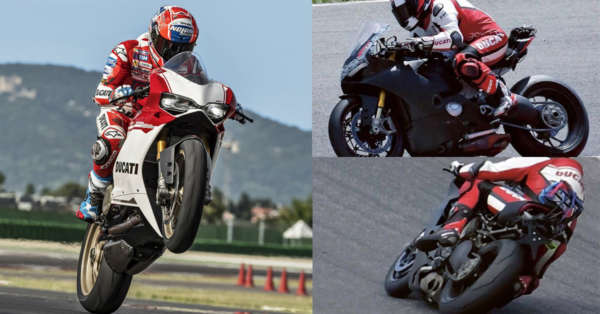 The spied motorcycle did not appear to be much different than the outgoing 1299 Panigale but that’s most probably to keep finer details under wraps till Ducati tests the new V4 engine. The chassis would undergo some modifications to accommodate the new V4 engine. The test mule was equipped with an underbelly exhaust, something that we’ve already seen on the 1299 Panigale.

As you must’ve read in our previous reports, Claudio Domenicli had already dropped hints about the upcoming V4 superbike, stating that it is getting much, much closer to production. Will we see the next generation flagship motorcycle from Ducati’s stable on September 7, 2017? We definitely hope so. The unveiling is scheduled at Misano World Circuit Marco Simoncelli, Italy. 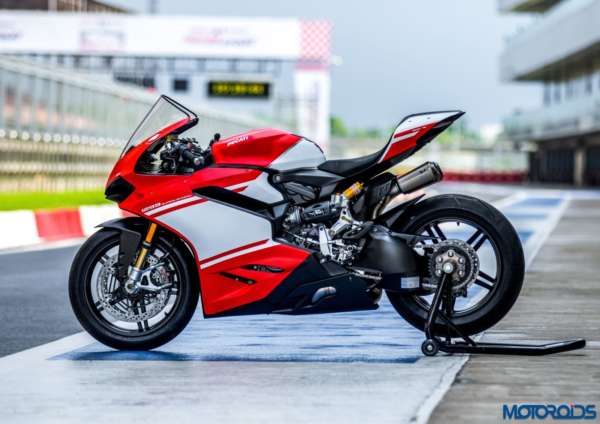 We’d keep you posted about the latest updates as and when they arrive. Meanwhile, let us know your views about the upcoming Ducati superbike through the comments section below.