Ducati recently delivered India’s first and only 1299 Superleggera to its owner. The model, which is limited to just 500 units worldwide, arrived with a price tag of INR 1.12 crore. Now, Ducati India has announced the launch of yet another special model, christened as the 1299 Panigale R Final Edition. 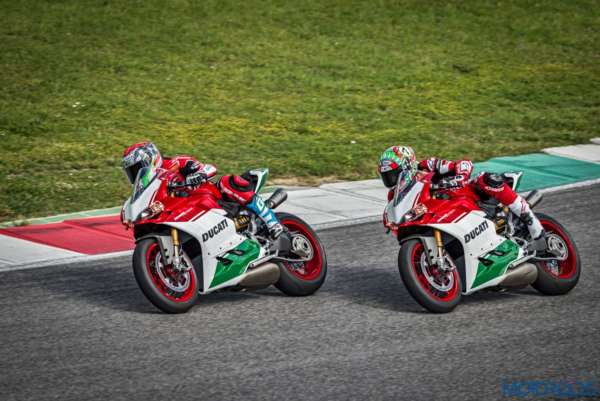 The last iteration of the Italian manufacturer’s L-twin flagship motorcycle, the 1299 Panigale R Final edition was launched in India, with prices starting at INR 59.18 lakh (ex-showroom, Delhi). The motorcycle wears the Ducati tri-colour livery, with each unit being individually numbered. The model was unveiled at the eighth round of the World Superbike Championship held in Laguna Seca (California, USA).

The Euro 4 emission compliant street legal bike is powered by a 1285cc L-twin engine that produces 209 hp at 11,000 rpm and 142 Nm of torque at 9000 rpm. This engine comes paired to a six speed transmission. A few highlights of the limited edition motorcycle include a lighter crankshaft with a larger crank pin and tungsten balancing pads, while parts such as the intake-exhaust valves and the con-rods are made of titanium. Based on the ultra-compact monocoque structure, the 1299 Panigale R Final Edition tips the scales at a just 179 kgs (dry). 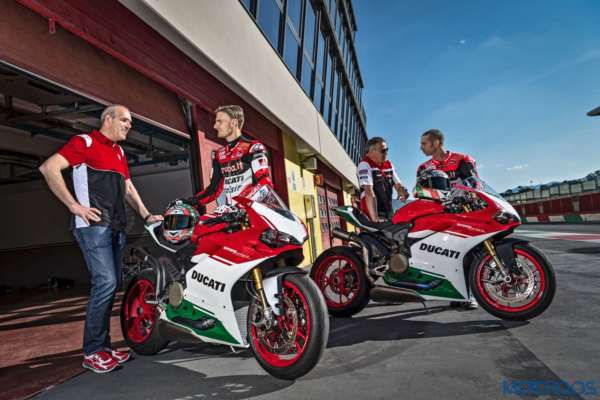 The Ducati 1299 Panigale R will come equipped with Euro 4 compliant an all titanium Akrapovic exhaust with high dual silencer, same as the one seen on the Panigale R that races in the World Superbike Championship. The electronic package on the model includes ABS cornering, Ducati Traction Control EVO (DTC EVO), Ducati Wheelie Control EVO (DWC EVO), Bosch Inertial Measurement Unit (IMU) and Engine Braking Control (EBC). These systems, which have default settings linked to the riding modes (Race, Sport and Wet), can be personalized as per the rider’s specifications. 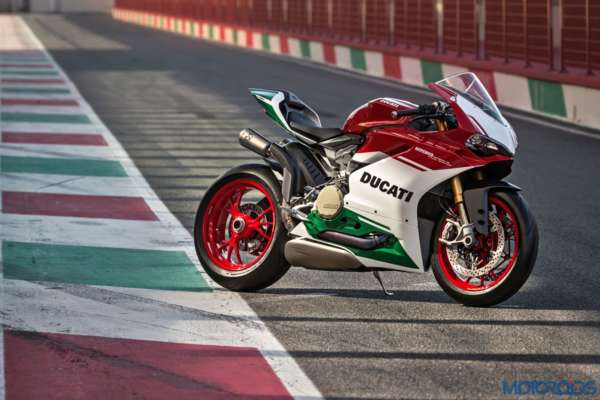 Deliveries of the Ducati 1299 Panigale R Final Edition will begin in September 2017. The 1299 Panigale will later be replaced by a new model that would be powered by a V4 engine instead of the traditional L-twin motor. The model has already been spotted testing for the first time ahead of its speculated launch in 2018.