The Royal Enfield 650 twins were launched to take present-day motorcycling back in time. A time when fun was simple and not complicated by the intrusion of electronics or monstrous power. The fairly straightforward engineering and form of these two machines have also made them popular among tuning houses and custom builders who can set their imagination free. Featured today is an example called Gallinella, an old-school take on the Interceptor, built by France-based Baak Motocyclettes. We love how they don’t call them motorcycles.

A year-long project which was revealed exclusively at the 2019 Wheels & Waves Festival, with its pulled back handlebars, the old-school headlight nacelle and that glossy red paint and simple font, it does take things back to the days when lipstick only had hues of Red and lace added all the grace. The switchgear and the speedometer are just as yesteryear and there’s something about inverted mirrors which make them look at home anywhere. The highlight here though is the oversized rear panel which has been finished in a very 60s scheme of Red and white. It hides the twin rear springs, all of the sub-frame and the shortened pipes allow that item to shine in all its glory. Not much has changed, but only a few changes have changed the appearance of this motorcycle completely.

Also Read: This Royal Enfield Interceptor 650 Is Almost A Norton 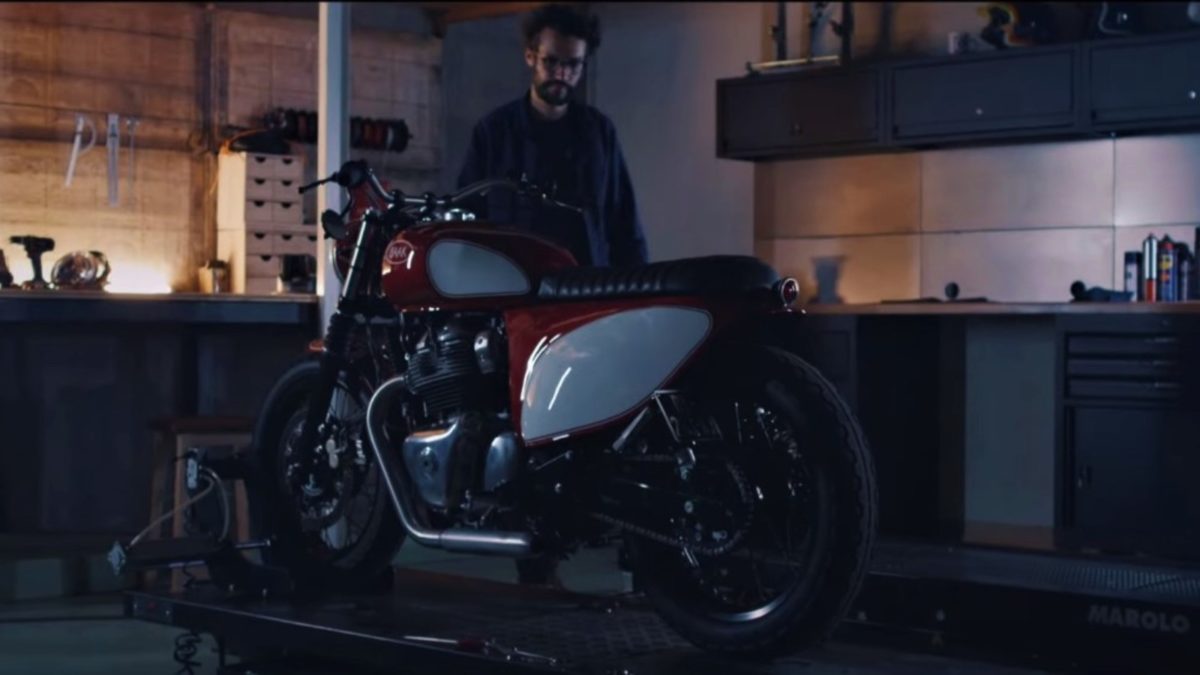 Back home, Royal Enfield is gearing up with upgrades for the Classic, Bullet and Thunderbird range, which will make them ready for the upcoming BS-VI norms. These motorcycles will feature slightly revised styling and an upgraded engine which will only be fed fuel via injectors. The Interceptor and Continental GT 650 will be upgraded to meet the norms too, however, expect the changes to happen in the engine department only. Like all others, the Himalayan will also witness some changes and we hope it gets better braking equipment and upgrades to the engine and elsewhere, which make it a more robust product. The brand has also launched a new Bullet, which now costs less and even the overall service cost for their bike has gone down. Stay tuned and we’ll bring you more news and reviews about some new thumpers coming our way.