The upgraded Tata Tiago JTP and Tigor JTP were launched recently at INR 6.69 lakh and INR 7.59 lakh, respectively. The upgrades to both cars were added after a lot of consumer feedback and since the cars are mechanically sorted anyways, the new additions were in the form of just features. So both cars get contrast coloured auto fold outside mirrors, and additionally, the Tigor JTP gets a piano black shark fin antenna to accentuate its looks. On the inside, both cars now feature the ConnectNext 17.8 (7”) touch screen entertainment by HarmanTM with android auto and Apple Carplay apps. 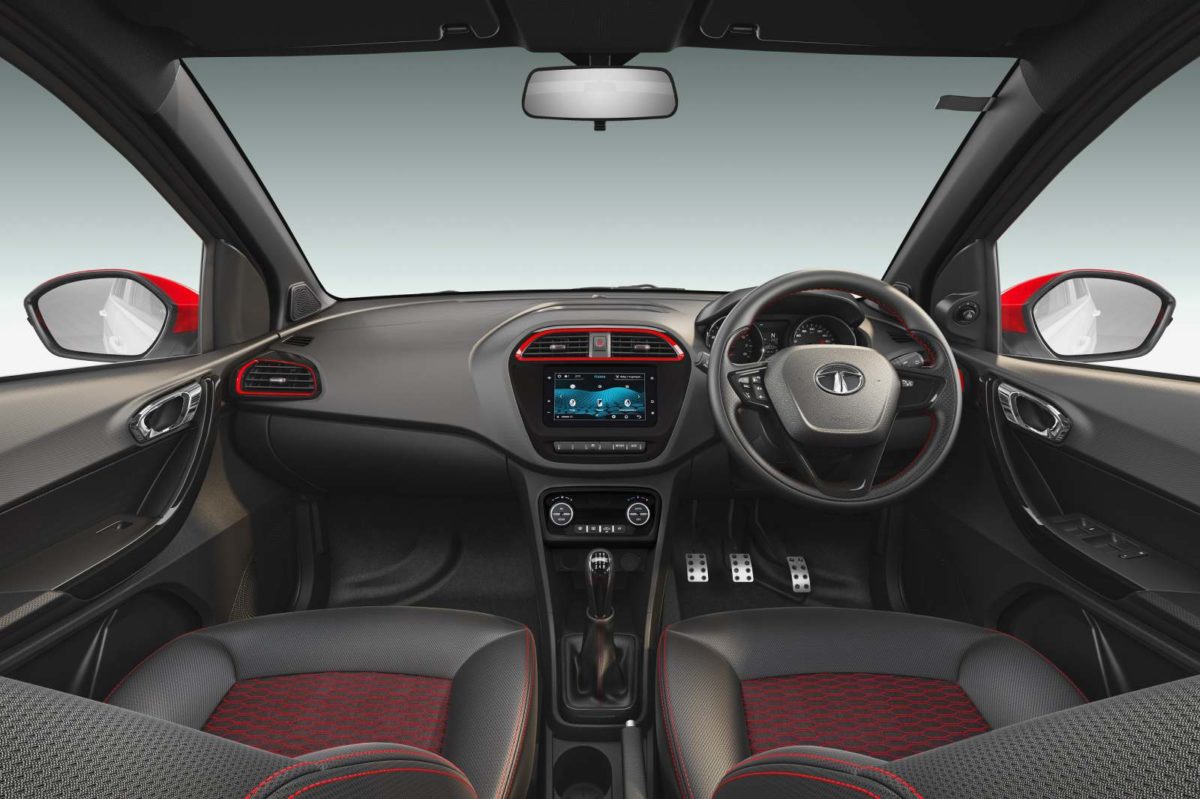 The pictures suggest that the Tiago JTP carries on with manual controls for the air conditioner, while the Tigor JTP retains its automated controls. In addition to this, the AC vents are outlined in red, the steering wheel is still leather-wrapped and gets contrast stitching, along with the upholstery. Aluminium pedals and a red geometric pattern on the seats is as things were on the earlier example. Safety aids like dual airbags and ABS with EBD are a part of the standard equipment and both cars are still available in Red and White body colour only. 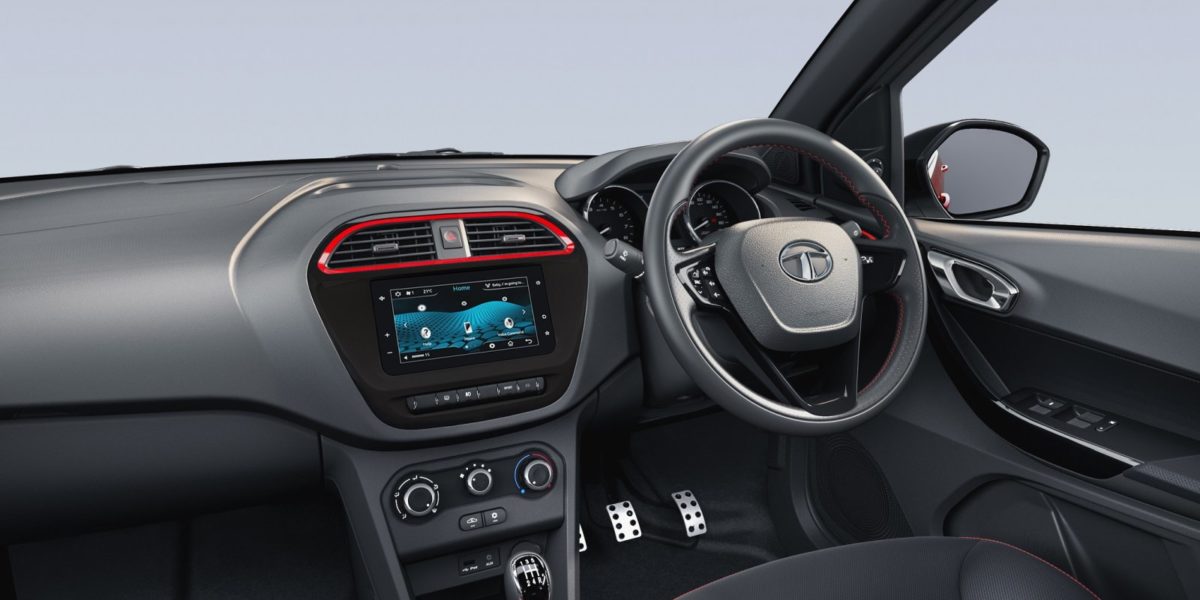 The main highlight of these cars is the performance, where both are propelled by a 1.2-litre 3-pot, turbocharged motor which generates 114 PS and 150 Nm of torque, mated to a 5-speed gearbox. Both the cars come loaded with equipment found on the top-end variants of the Tiago and Tigor. The Tigor gets an automatic climate control unit. You get fog lamps, rear wiper (Tiago), smartphone connectivity, steering mounted controls, rear defogger, fog lamps, and a day/night inside rearview mirror as standard. 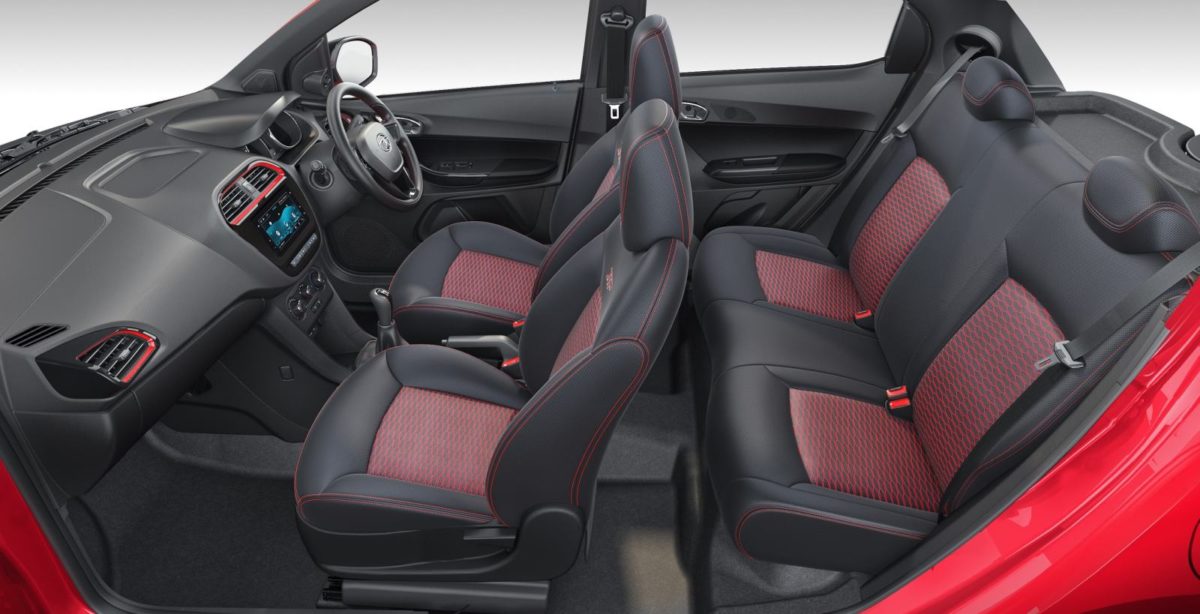 On the outside, both the cars share a fairly similar exterior design with their siblings, the normal variants of the Tiago and Tigor. However, the JTPs are lowered by 4 mm for better handling characteristics and get 15-inch alloy wheels with 185 section rubber. The add some colour to the visuals, the roof and ORVMs are blacked out and the front end gets a revised bumper a larger grille and a JTP logo, which also rests on the fender and the rear of the car.