German Automobile manufacturer, Audi presents the same fascinating V10 engine in a way that allows it to naturally aspirate air without any restrictions, giving it the highest power output and a weight-to-power ratio of about 2.1 kg/hp. The All-New Audi R8 LMS GT2 is the car which is fitted with this 640 HP engine, which also makes it by far the most powerful sports car in the 11-year history of the customer racing program. The main idea behind Audi’s latest R8-inspired car is to close a gap in international GT racing. 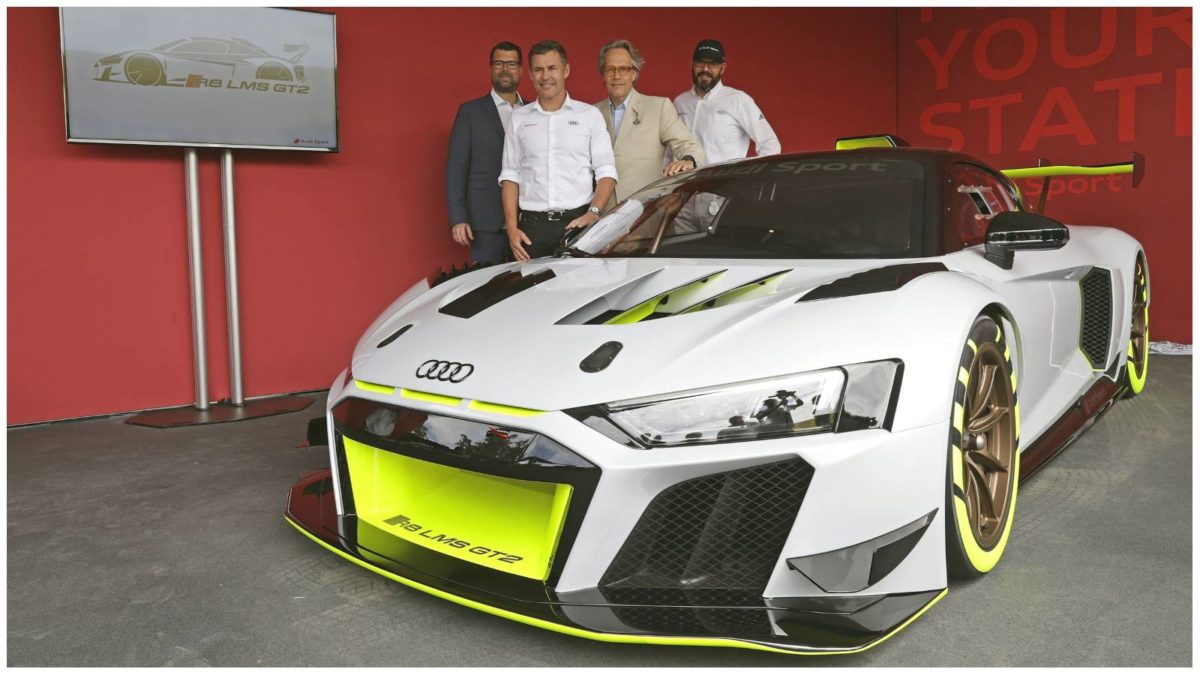 Talking about aerodynamics, the GT2 race car is quite different from its GT siblings. Unlike the GT3 and GT4, the vents on this car are on the right and left, causing the air to flow past the windshield in order to avoid thermal conflicts with the engine’s air intake on the roof. The sideblades in front of the rear wheels are quite similar to the R8 Spyder. However, they expose a larger cross-section for air intake. The car also gets a new front splitter, CFRP underfloor sections and a rear diffusor just like the GT4 geometry, but made of CFRP in this model, which help channel the air underneath the race car. The innovative rear suspension of the rear wing enhances airflow to the car and generates further downforce on the rear axle, hence improving grip around the corners. 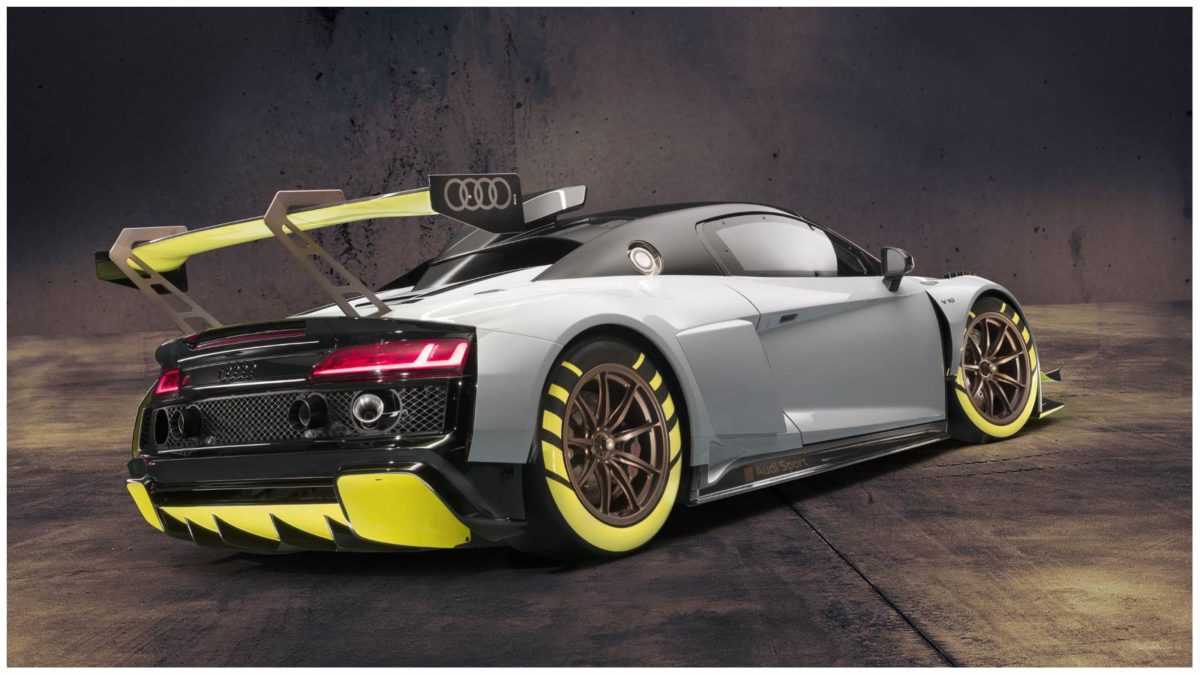 In terms of technology, the Audi R8 LMS GT2 is based on the production version. The Audi Space Frame (ASF) with its intelligent material mix of aluminium and CFRP forms the basic structure of this race car, while a steel roll cage provides the required safety while racing. The geometry of the chassis corresponds to the Spyder version, just like the door cut-out. The profiles in the roof area have been adopted from the Coupé version, while the cockpit section is completed by a slim-tailored hardtop that gives the bodywork a unique, lean-sculptured look. Just like the other body parts, the roof is made of CFRP for weight-reduction. With a dry weight of 1,350 kilograms, the Audi R8 LMS GT2 tips the scales 100 kgs less than the GT4 version. 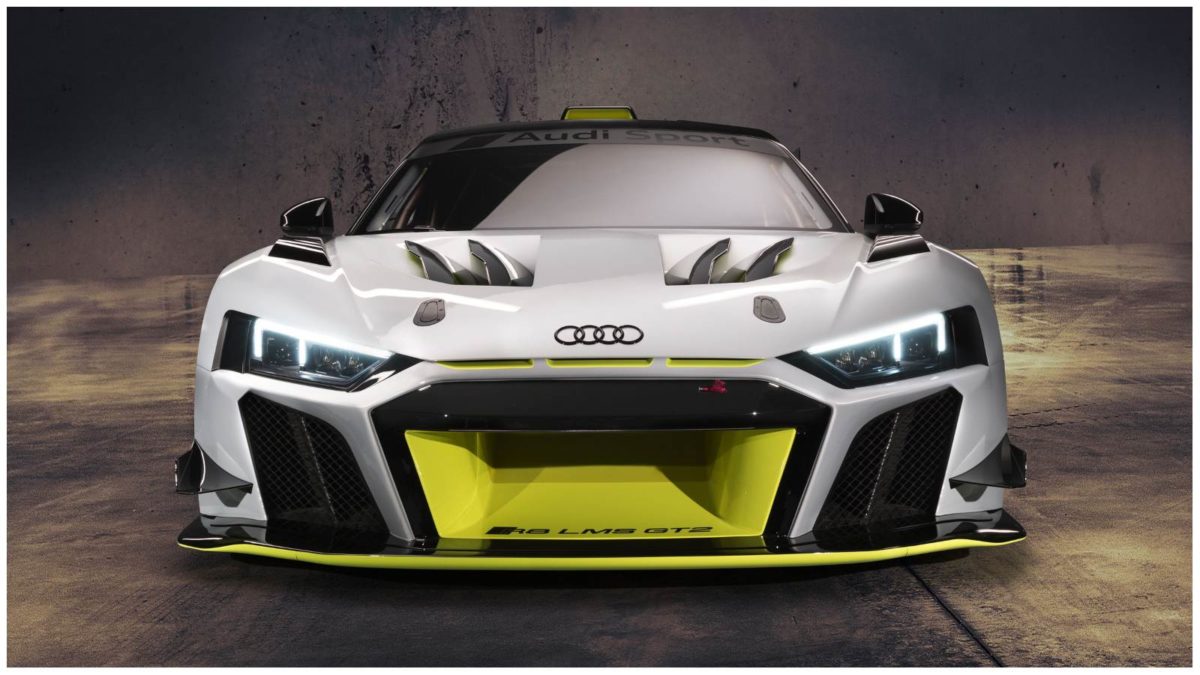 Just like the GT3 and GT4 models, the naturally aspirated V10 engine originates from production in Hungary. The engineers manage to achieve the higher output of the 5.2-litre engine to 640 HP by modifying the engine management software and with the additional help of the prominent air intake above the roof. This engine is further paired with a 7-speed dual-clutch S-Tronic transmission. In technical terms, the GT3 unit producing up to 585 HP has been the most powerful engine in Audi Sport’s model range up to now. However, due to regulatory restrictions, this GT3 engine is only allowed to mobilize about 500 HP. So, factually speaking, the Audi R8 LMS GT2 puts around 28 per cent more power on the tarmac, when compared to the GT3.

Also Read: All-New Audi Q7 Unveiled In Europe, To Be Launched In India By Early 2020 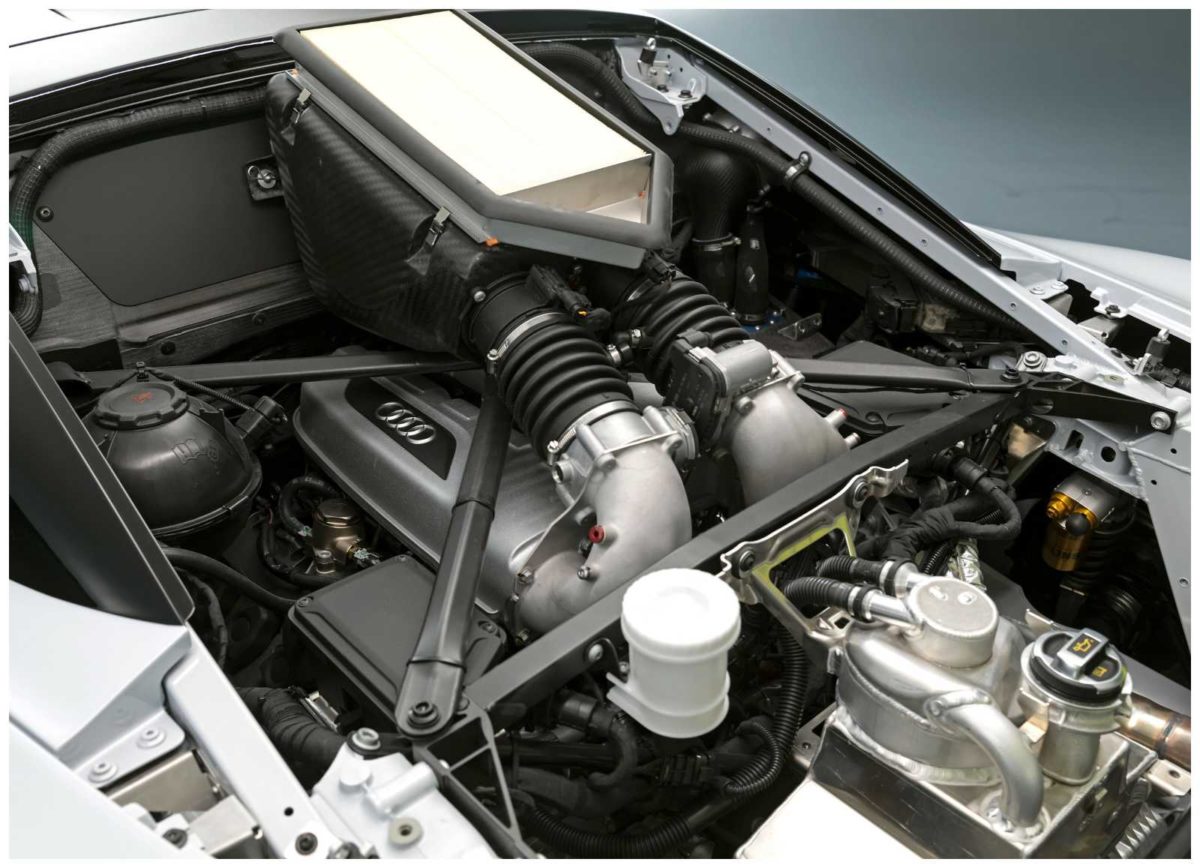 “In this way, we have created a car specifically for gentleman drivers who have been the backbone of GT racing for decades,” says Chris Reinke, Head of Audi Sport customer racing. “Modern GT3 race cars have increasingly evolved into a class for pros. With the Audi R8 LMS GT2, we are now closing this gap and making a car available that is tailored to meet the needs of this customer group.”