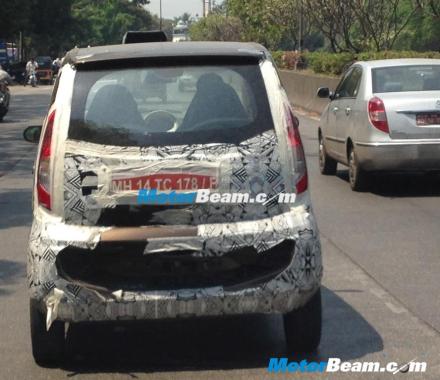 Earlier this month, we brought to you a handful of Tata Nano Twist Active AMT images that showed both the exteriors and the interiors of the upcoming Nano variant. (CLICK HERE to read our earlier story). Now, a couple of new Tata Nano Twist Active AMT images have surfaced on the web space. You can check these images at the top and the bottom of this story.

Quite obviously, another big highlight would be the car’s Automated Manual Transmission, which can be seen in the images we have from the previous sighting of this model.

Other than these two changes, the upcoming model also gets a new set of headlights, new bumper and new bonnet trim. It is expected that the car would also get revised taillights and a new rear bumper. On the inside, the car would sport an Electric Power Assisted Steering, a new instrument console and new beige upholstery. While details on the car’s engine are scarce, it is being said that the upcoming model would be powered by a newly developed three cylinder 1000cc petrol engine that will have a max power of around 64PS. The car is also likely to feature disc brakes up front. 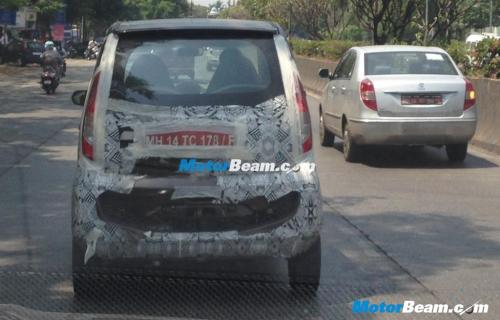