Back in September 2017, the Tata Nano EV was spotted during a public road test, hinting that a market launch was around the corner. Now, spy images shared on the web reveal a Jayem Neo EV based on the Tata Nano in the production form. The model in question features Ola Cabs decals and permanent registration plates, which means the model would soon start plying on Indian roads. 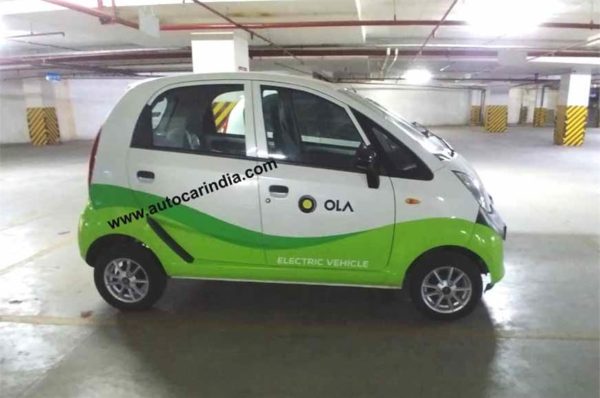 It is said that Ola Cabs is all set to to induct the Nano based Jayem Neo EV in their fleet. The first batch of these models will comprise of 400 units, and are likely to begin operating in the region of Hyderabad. These models are likely to be introduced in other cities later.

In case you didn’t know, the Jayem Neo EV, as we mentioned earlier, is based on the Tata Nano. As a part of an agreement between both the companies, Tata Motors supplies body shells of the Nano and Jayem Automotive then plugs in their electric motor mated to an autoamtic transmission. This 48 Volt electric motor, which is sourced from another company known as Electra EV, is capable of producing 23 hp. 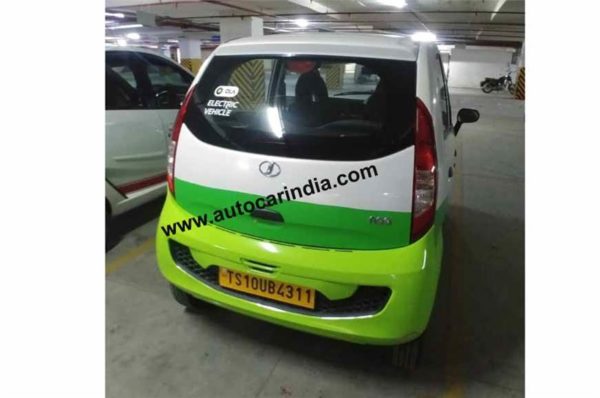 Visually, the Jayem Neo EV is completely devoid of any Tata Motors branding and instead, features Jayem badging at the front and rear of the vehicle. Apart from the new logo, the model also receives the Ola Cabs decals. Save for these two updates, there are no changes to the design when compared to the standard Nano.