Launched back in January 2008, the Tata Nano has received mixed reactions from the Indian customers. Built to challenge the likes of the best-selling car in India, the Maruti Suzuki Alto, Nano has been provided with a lot of updates over the years to convert it into a strong contender. Unfortunately, Tata’s efforts to accomplish this never bore fruit. While some question Tata Motors decision to continue the incredibly small hatchback’s production owing to its low selling rates averaging to 250 units per month, Tata Motors plan to give it a new electrifying upgrade to possibly revive the vehicle in the market. 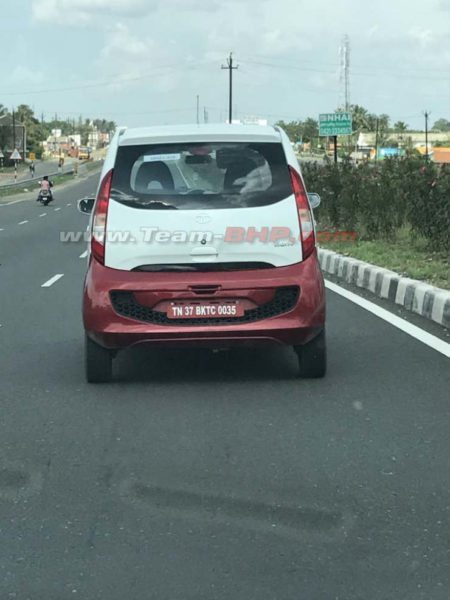 Recently an electric variant of the Tata Nano sporting the same body work as that of the Nano GenX was spotted testing in Coimbatore. With no concrete evidence for the fact that whether or not the Nano in question had a fully electric or a hybrid powertrain, there are some subtle hints that incline towards the possibility of it being equipped with the former powertrain configuration. At first, we notice the rear window sticker stating the code ‘4BNEV-A08’ signifying its zero emissions potential. Secondly, the absence of the exhaust system which is generally visible in present day Nano’s rules out the possibility of the Tata Nano test car to carry a hybrid powertrain. The Tata Nano electric test car has also been spotted testing before in the same area of Coimbatore. 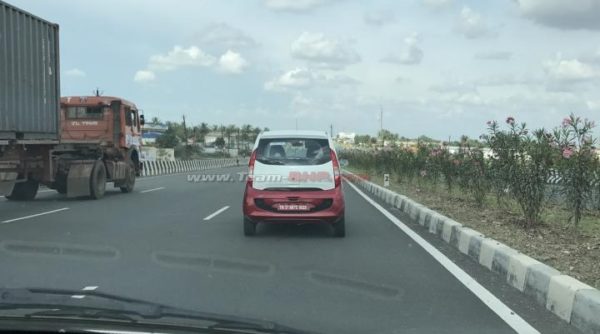 The performance parameters regarding the Tata Nano electric as of now are scarcely known. Seeing Tata Motors establish themselves slowly in the electric vehicle segment with the Tiago EV, we expect the Nano Electric to be soon made available in India along with the Tiago EV. The Nano will be more suited for intercity taxi drivers as it is rumored to offer a higher overall range of 160 km when compared to the Mahindra Reva E20.

What are your thoughts on the upcoming Tata Nano electric? Do let us know in the comments section below.