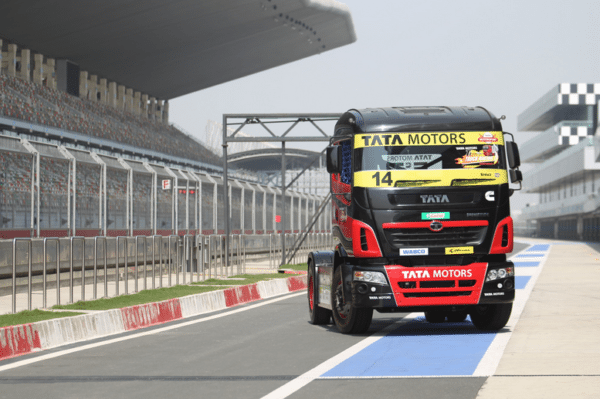 It was in late January when Tata Motors, the largest CV manufacturer in India, launched its T1 Truck Racing Championship (CLICK HERE to read our earlier story). Recently, the manufacturer invited selected media groups to experience the new Tata Prima T1 racing truck on Buddha International Circuit and among those lucky few who had a rendezvous with the race-spec Tata Prima was Team Motoroids. (CLICK HERE for our first impressions of the new Tata T1 Prima Truck Racing Championship) 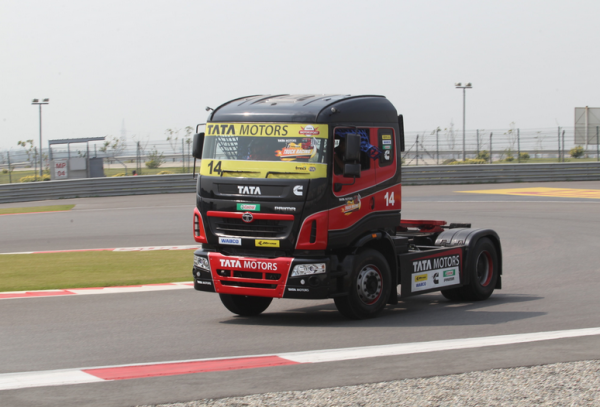 Here, we have all the details you need to know about Tata Motors T1 Prima Truck Racing Championship

The Tata Motors T1 Prima Truck Racing championship is the first truck racing event that will be held in India and is recognized by FIA (Internationale de l’Automobile ).

Following is Tata Motors’ rationale behind introduction of this new championship –

– The new generation of truck drivers, who are better travelled and educated, are on the look-out for other business options

– Trucking business unlike in the west is not looked upon as an aspirational profession / occupation, which could change with the advent of truck racing. 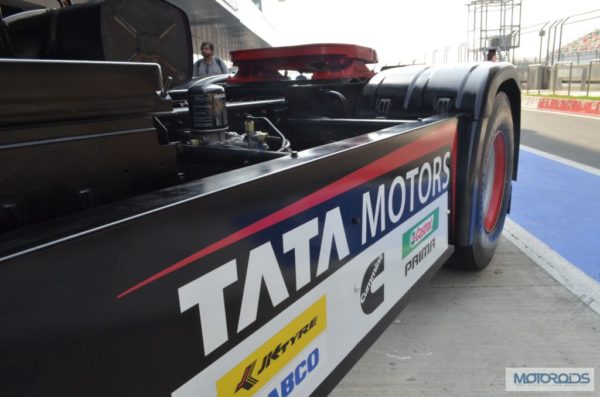 At the T1 Prima Truck Racing Championship, 12 Prima Race trucks will compete against each other for the top spot. The Prima truck that will be used as race truck is a 4038.S model with massive power of 370 BHP @ 2100 RPM and a top speed of 110 Km/h.

The truck has been modified based on the BTRA guidelines and has been certified by FMSCI after having undergone stringent security check-ups. To make these Prima trucks fit for racing, guidelines from British Truck Racing Association have been followed and 22 key modifications have been made to meet a mix of safety and performance needs. Some of these modifications include- a new 90 litres Fuel Tank, innovative brake cooling system, Propeller shaft guards, Racing seats and safety belts, exhaust, steering wheel , et al. 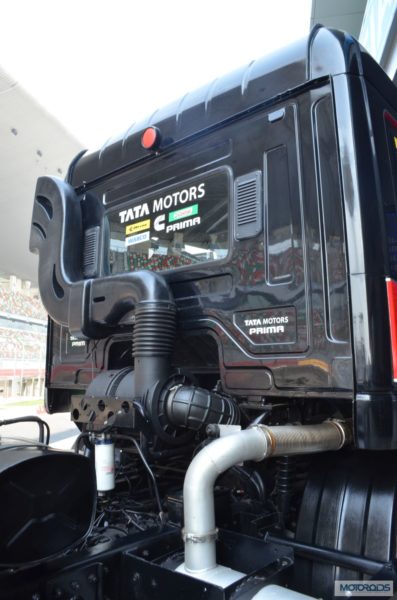 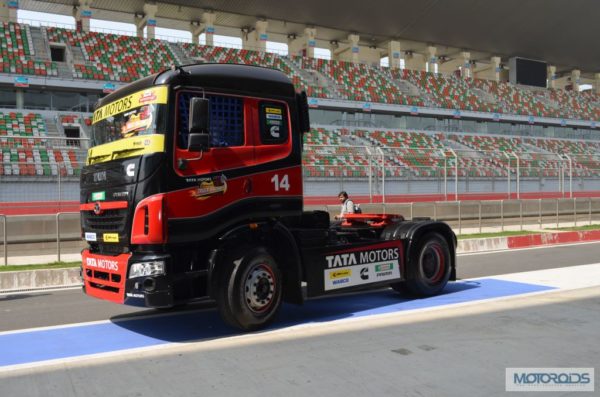 T1 Truck Racing Championship will be hosted at Buddh International Circuit, Greater Noida. The 5.14-Km long circuit has been designed by world-renowned German architect and racetrack designer, Herman Tilke, who has also designed other world-class race circuits in Malaysia, Bahrain, China, Turkey, Indonesia, the UAE, South Africa, South Korea and the US.

The T1 Truck Racing Championship will have 12 Truck running to claim the maiden championship title. The race will see 6 different teams with two trucks running for each team.

There will be two races for Race Trucks. The first one will be a qualifier race which will be followed with the main race. The final race will see a rolling start for the race trucks in a 15 lap race.