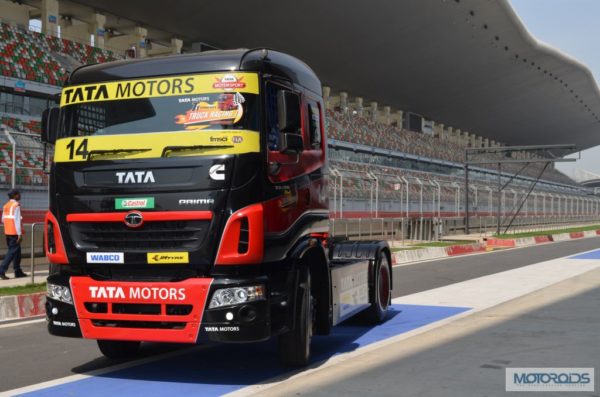 Tata Motors today treated Motoroids India to a ‘hot lap’ of the Buddha International Circuit in its recently launched T1 Prima Truck, which will be seen participating in the fast approaching T1 Prima Truck Racing championship, which kickstarts on March 22, 2014.

Quite obviously, we had a huge grin plastered on our face, as this monster here took to the challenging corners of the famed racing track with quite an aplomb. The T1 Prima Truck that we had a rendezvous with gave us a first hand experience of track racing for trucks. 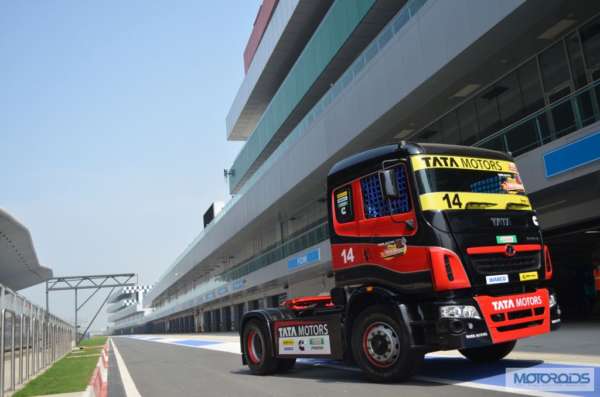 Tata Prima 4038.S truck that will compete in the T1 PRIMA TRUCK RACING CHAMPIONSHIP has a max power of 370 BHP @ 2100 RPM and a claimed top speed of 110 kmph. 22 key modifications have been made to Prima to make it race-ready. These changes are in reflection of the safety and performance guidelines set by British Truck Racing Association. Among these changes, the most significant are- a smaller 90 litres fuel tank, a first of its kind brake cooling system, propeller shaft guards, racing seats and safety belts, exhaust and race steering wheel. 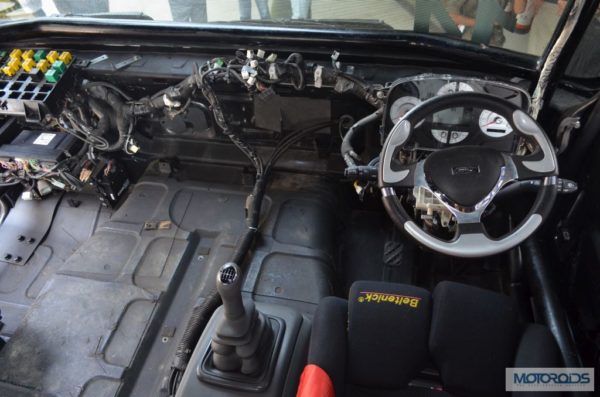 • A total of six teams will participate. Each team gets two PRIMA World Race-tuned Trucks
• The championship will be held solely on Buddha International Circuit

The first ever truck racing championship in India is recognized by FIA (Federation Internationale de l’Automobile) and holds a prime spot on FMSCI (Federation of Motor Sports Clubs of India) calender. 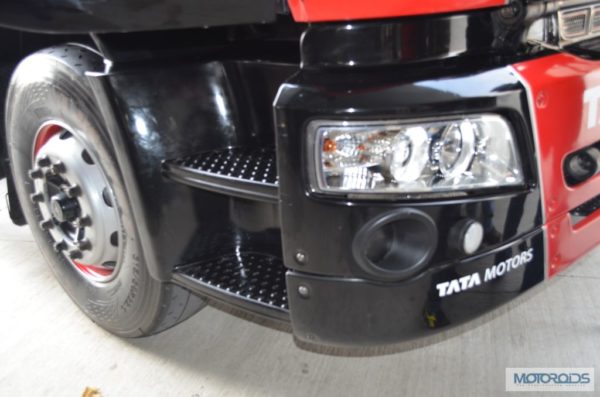 As we said earlier, the one make series feature 12 Tata PRIMA trucks, purpose built for track racing and to be driven by international truck racing drivers.  Among the sponsors of this series are- Cummins, WABCO, JK Tyres, Castrol and Accenture. Associate Sponsors are- Tata Steel, Setco Automotive, RSB Group and TRW Steering Systems Ltd.

Stay tuned for more images of the Prima racing Truck