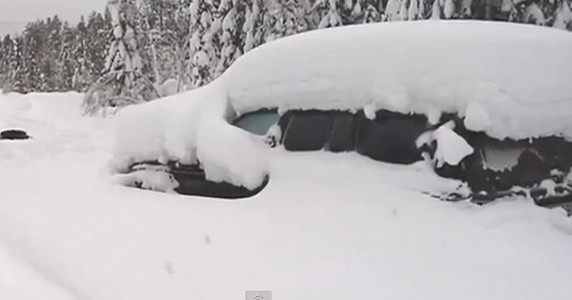 This incident is making headlines the world over. A Swedish man, who ventured out in the woods on a snowy day got stuck in snow, braved the hostile -30c temperature, lack of replenishments, and managed to survive by eating only snow for two full months. Peter Skyllberg, aged 44 was discovered by two snowmobiles at the Arctic Circle near the town of Umea three days ago. Peter, who was rescued in a withered state as the rescuers dug though one meter deep snow, is in the ICU of a hospital, and making a steady recovery now.

It’s quite amazing how he managed to fight death for such an extended period in such hostile conditions. Various people have various theories. While some suggest that the car preserved heat by acting like an igloo, others say that a drop in the body temperature may have transferred him into a state of hibernation like bears, and that may be the reason how he survived. Parallels are also being drawn with the Indian yogis who managed to survive for years together without any supply of food or water in the hostile Himalayan weather.

Whatever the reason, we are absolutely astonished with this survival story. Our salute to the resilience and fighting spirit of the brave man!