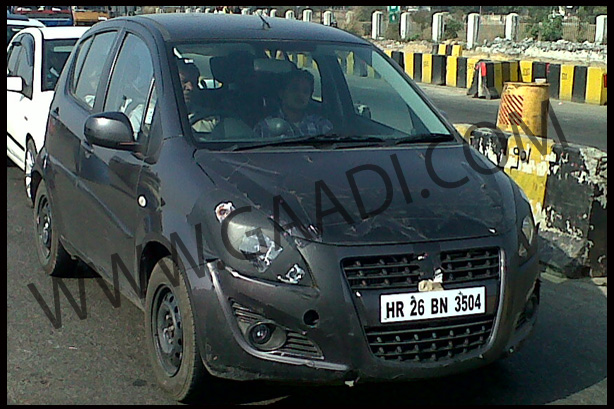 A few days back we brought to you the news of Maruti testing the mid-life facelift of its Ritz hatchback. With its Swift cousin having received a complete model replacement, it was about time the Ritz got liberal makeover too. Apart from the changes made to the exterior, which are not very clear due to heavy taping / cladding around all the upgraded areas, the car is expected to get a heart transplant too. The new generation 1.2 liter VVT engine as seen on the new Swift, and the 1.3 DDiS diesel mill in its more fuel efficient state of tune should finally make it to the Ritz. The new petrol 1.2 litre K-series with VVT delivers peak torque of 114 Nm @ 4000 rpm and power of 87 ps @ 6000 rpm. The 1.3 litre DDiS engine delivers top torque of 190 Nm @2000 rpm and power of 75 ps @ 4000 rpm.

The interior of the car will be overhauled as well. It’s been about three years since the Ritz was introduced, and the cabin which once looked acceptable has started looking staid and boring. We expect to see the entire gamut of the new Swift’s features to be brought onto the Ritz as well. We cannot be sure whether the new Ritz is employing the new Swift’s chassis and underpinning, as it shared its platform with the previous gen Swift. The car has still not completed its product cycle of five to six years though, which makes us believe that the Ritz facelift’s platform would remain unaltered. Keeping the old architecture would mean that the production cost of the car is less, which in turn would mean a reasonably lower price than the Swift and better product differentiation. 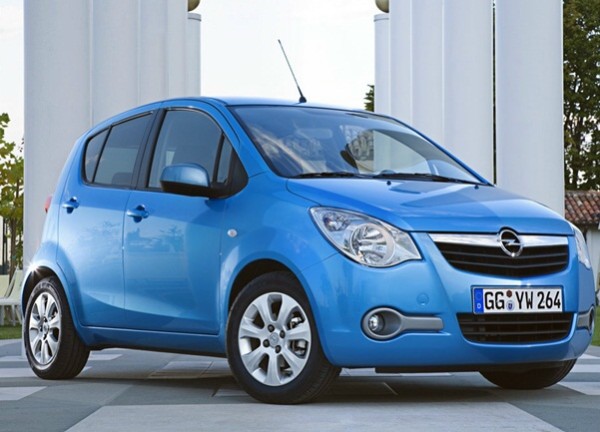 It is anticipated that the facelift will look somewhat like the Opel Agila, which is a rebadged version of the car for the Europian market. Suzuki also sells the Ritz in Europe as the Splash.

The Ritz facelift seems to be in an advanced stage of testing, and has been spotted more than once now. We wouldn’t be surprised if the car is launched in the next couple of months. Expect the prices to remain unaltered.