S&S Cycle Inc. is a US-based aftermarket parts maker. This brand has been known to build a number of high-quality power parts and accessories for bikes from brands like Harley Davidson and Indian. Recently, the brand also diverted its attention towards our very own motorcycle brand, Royal Enfield. With the newly launched 650 twins gaining quite some attention and rising in popularity, S&S has already created a number of parts for these two newly launched bikes. However, until now, there was nobody who was importing these parts to the Indian market. Yes until now, for Delhi based High Note performance has started taking pre-orders for the S&S exhaust system, as seen on their Instagram account.

🔴 NEWS ALERT!!! 🔴 S&S Exhaust for the Royal Enfield Interceptor is coming to town! Call us at +91-9953705220 or email at info@highnoteperformance.com to Pre-Order today! #interceptor650 #interceptor #exhaustpipe #sandscycle #royalenfield #re

The post, however, does not mention the price of this part but you can surely DM or call the folks at High Note Performance to know more. Powering the new Royal Enfield 650 Twins is a 648 cc air-cooled, SOHC, fuel-injected, parallel-twin motor producing out 47 hp at 7,100 rpm and 52 Nm of torque at 4,000 rpm. According to the S&S website, customers can expect a power bump of 13.5% with this new exhaust. The exhaust also changes the delivery of the power and torque, making it more felt in the middle of the rev range, where the bike would be during your average ride. 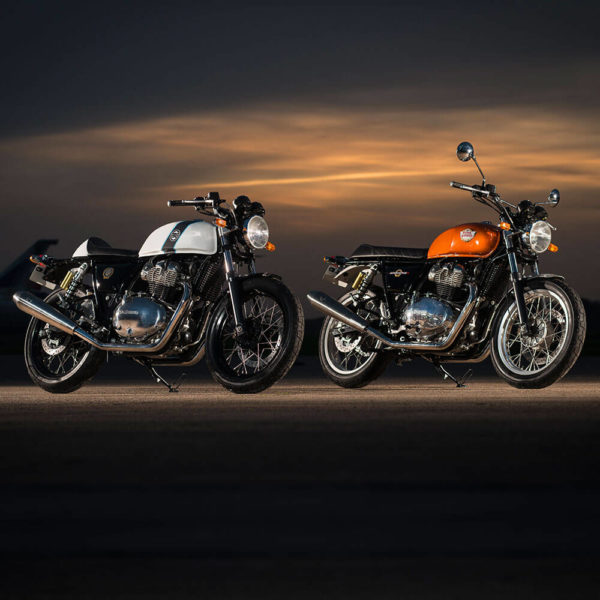 The power generated by this engine is sent to the rear wheel with a 6-speed transmission which comes with a slipper and assist clutch. Other equipment on offer with the motorcycle includes disc brakes at both ends, measuring 320 mm in the front and 240 mm at the rear, governed by a dual channel ABS module as standard. The twin cradle tubular steel frame is suspended by 41 mm telescopic shocks in the front and twin, gas-charged shock ups with five steps of adjustment. The front shocks offer 110 mm of travel while 88 mm of travel is available at the rear.