An iconic American muscle car, the Ford Mustang, came to India and many other right-hand drive markets quite recently, while the first models of the latest generation of the Mustang were sold in India in 2016, it has been around for quite some time internationally and now is due for a mid-life update in form of a facelift. The facelift would make way to India and as proof, we have some spy shots of the muscle car roaming around on Indian roads. Out of the various models in the Mustang line up, India received the Mustang GT variant which uses a monstrous 5-litre motor which is tuned to churn out 395 bhp and 515 Nm of torque. 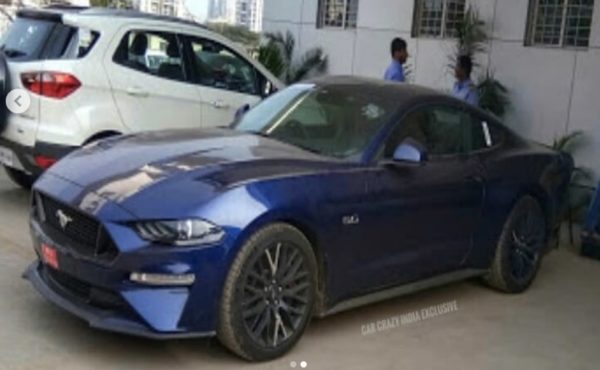 The facelift of the Mustang GT gets a new infotainment cluster which is offered with the latest SYNC infotainment system, and an ever so slightly redesigned interior layout, which retains the signature layout of the iconic car. A new MagnaRide suspension will also be fitted on to the GT which would further improve the ride quality and handling characteristics of the car. Apart from that, the facelift gets a new bumper design which makes the ‘Stang a bit more attractive. The facelift will not get any changes in the engine however the six-speed automatic maybe replaced with a ten-speed unit to offer better fuel efficiency. 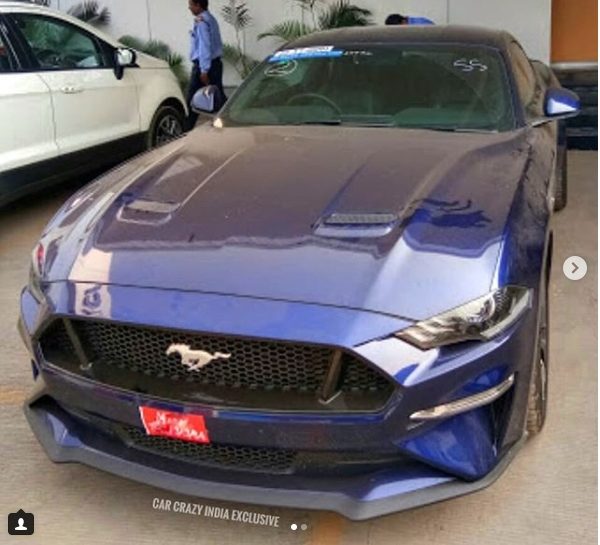 Also Read: Book the New Ford Aspire at Any Ford Dealership for INR 11,000

The Mustang is currently priced at INR 74 Lakhs, but these changes may drive the price up by a bit when it comes out next year. Internationally, the Mustang has the Dodge Challenger and Chevrolet Camaro as competitors, both of which are also iconic muscle cars from other American brands but in the Indian market, the Mustang GT competes with other performance oriented cars in the same price bracket, the Mercedes CLA 45 AMG, Mercedes-Benz GLA 45 AMG, Porsche 718 Boxster and the Porsche 718 Cayman. Here are some images of the Mustang for you to look.