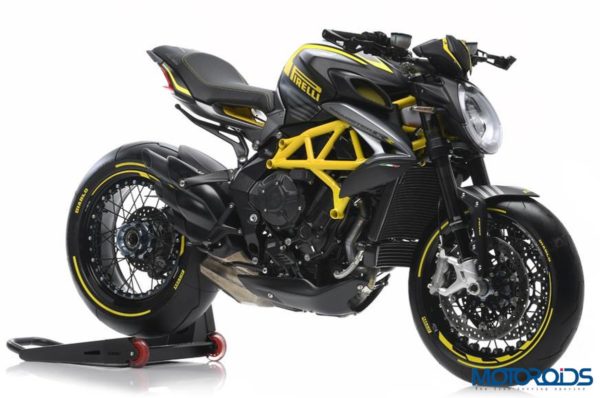 MV has added some accents to help the base colour stand out, this has been carried over to the fuel tank that features “Pirelli” lettering and runs around the rim in the form of rim tape. This motorcycle also features Pirelli’s “flash” symbol that is found on embroidered on the seats and engraved into the tank pad, which was made of rubber specially formulated by Pirelli’s R&D department to grant further resistance to scratches and rubbing, while the seat was created by Castiglioni Research Centre. The tires have been used as a styling element too, thanks to the colour coded lettering found on the Supercorsa SP’s. 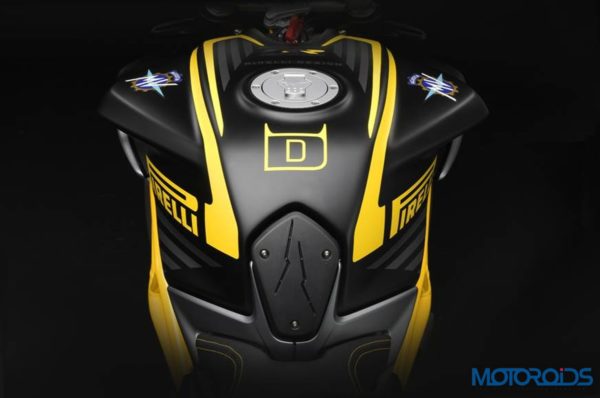 Another addition to the style is the triple slatted exhaust that now comes finished in special ceramic based matte black that has put up better resistance against higher temperatures. Nothing has changed mechanically on the Dragster 800 RR Pirelli with the motor making the same 140 bhp and 87 Nm of torque out of its 798cc three-cylinder liquid cooled motor. The Dragster 800 RR Pirelli will be sold as a limited edition since there is a separate license agreement between Pirelli and MV Agusta.