Keeping the buzz of the Tata Harrier alive, Tata showcased a teaser of the dashboard of the upcoming Harrier SUV. The components have been sourced from Visteon, the same company that provides parts for the Range Rover Velar. Tata is going beyond boundaries to make sure the Harrier makes a huge impact on the Indian market. The company showcased videos of a pre-production test mule which has been tested for over 1 lakh kilometres. The car was made to through a pool of water, thrashed on the Natrax testing facility, based on the sand dunes of Jaisalmer and even taken to the cold mountainous roads of Ladakh. 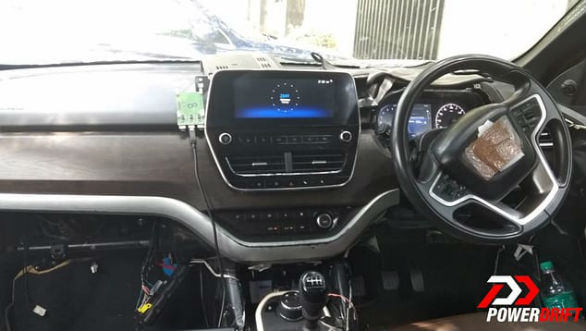 Thanks to the power of the internet, we are now able to bring you a set of spy images which reveal the interior of the Harrier in a much better and clear manner. We see a dark black and brown colour themed interior which looks very upmarket. There is a floating type infotainment screen which also looks very nice and premium, matching what we saw in the teaser. The climate control buttons are minimal and appear to be of good quality. Down below you will see a gear knob with six-speed and a drive mode selector is placed in front of it. In the instrument console, we see two dials which house a colourful MID in between. The door pulls are finished in aluminium which again look very upmarket. We can also spot dual airbags, one for the driver and one for the passenger. 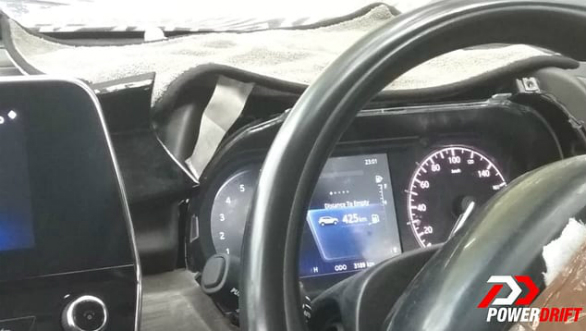 Powering the Harrier is a Fiat-sourced 2-litre diesel engine which Tata call the Kryotec. The engine is rumoured to produce 140 hp and 300 Nm of torque. Bookings of the car are now open across all Tata dealerships for a deposit of INR 30,000. The initial batch of the car will be 2-wheel-drive versions only with only a manual gearbox. Later on, a 4-wheel-drive variant will be made available with a Hyundai sourced gearbox. The launch of the SUV will take place in the first month of 2019. Stay tuned for more updates on this SUV.