Home Hyundai SPIED: Facelift of the Hyundai Elantra Sedan, to Come out Next Year

Hyundai is one of the very few manufacturers in our market which caters to a variety of audiences with their huge portfolio. They offer small entry-level hatchbacks like the Eon and even large SUVs like the Tucson. One of their more premium offerings is the Elantra sedan, which has been around for quite some time now. The sedan is due for an update and we now have spy shots of the test mule running on the streets of Tamil Nadu. The facelift is rumoured to out by the middle of next year. The changes in the facelift are mostly cosmetic. 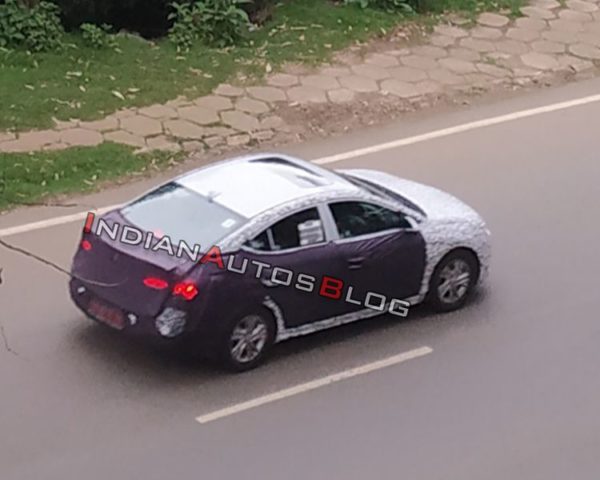 The facelift will get a revised front end, with a new headlight assembly. There will be a new cascading grille and triangular shaped LED headlights. Apart from that, the car will get a new alloy design, with 16-inch wheels as standard. The rear gets a similar treatment with a new tail light assembly. Overall, the facelift looks much sharper than the current generation car. The Hyundai logo at the rear is placed at a lower level and the lettering of the badge is more spaced out, a trait seen in most luxury sedans. These subtle changes now make the sedan appear much more premium and upmarket than before. 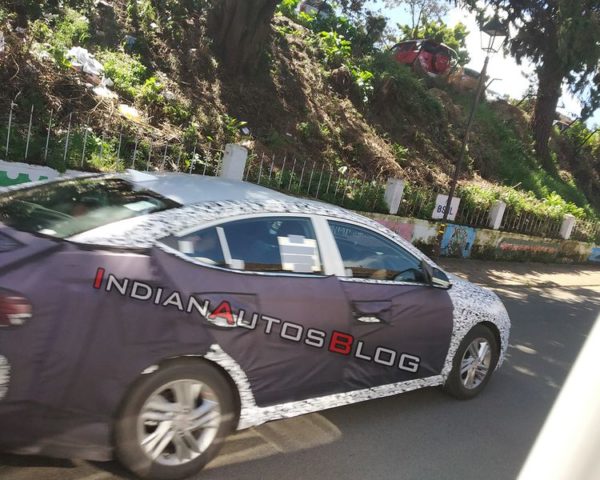 On the inside, the changes are minimal. The facelift may get a new 8-inch touchscreen infotainment system, a new steering wheel and new buttons for the climate control. Coming to the mechanical bit, the car is rumoured to use the same engine and transmission options available right now. You have an option of a 2-litre petrol or a 1.6-litre oil burner. The petrol engine is tuned to develop 152 hp and 192 Nm of torque. The diesel mill develops 128 hp and 260 Nm of torque. Both engines can be paired with either a six-speed manual or a six-speed torque converter automatic. Once out, the Elantra will go against the like of the Toyota Corolla Altis and the soon to come Honda Civic. Here are some images of the facelift Elantra.