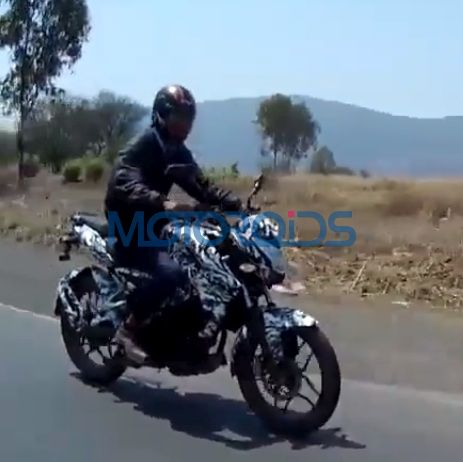 Bajaj’s upcoming ABS equipped 200 NS was recently spotted testing and a spy video of the same had surfaced on the web. Now, avid Motoroids follower Sikandar Khan sends us a new video of what seems to be a lower displacement variant of the naked motorcycle, likely to be christened as the 150 NS.

Seen in the images is a completely camouflaged test mule of the upcoming Bajaj Pulsar 150 NS. While there are not many differences between the 200 NS and the 150 NS, what helps one to identify the former from the latter would be the absence of disc brakes at the rear of the spied test mule. The motorcycle in the spy image sports a drum brake at the rear as opposed to the disc brake on the Pulsar 200 NS. 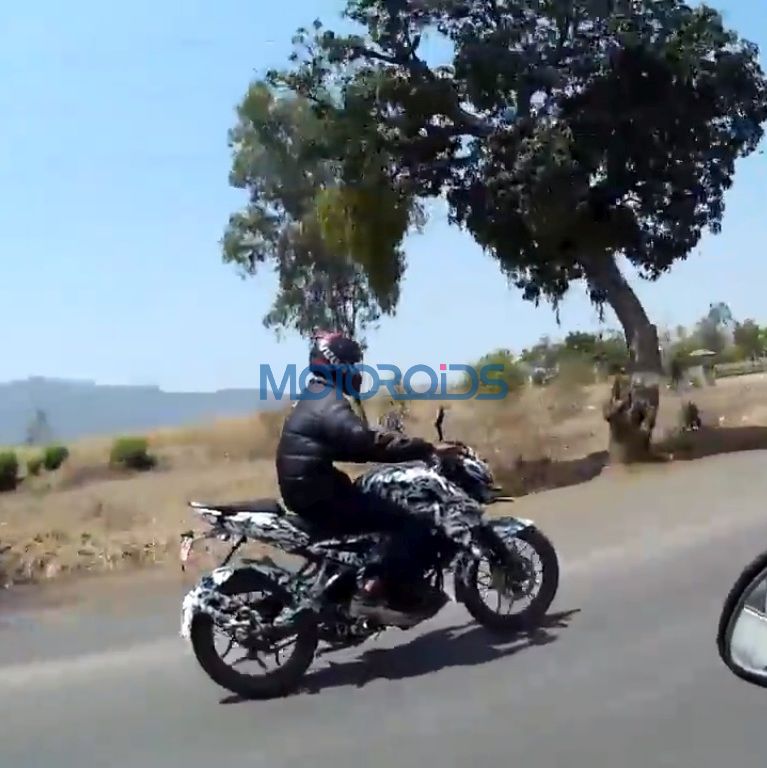 Another difference between the NS siblings is that the 200 NS comes with a liquid cooled engine while the lower displacement 150 NS will get an air cooled motor. The 150 NS is expected to share its 150 cc engine with the AS 150.

Following is the spy video for the Bajaj Pulsar 150 NS: