FCA India recently launched the new, Limited Edition Jeep Compass ‘Bedrock’ In India. The limited run SUV commemorates the 25,000 sales milestone of the Made In India Jeep Compass. Meanwhile, another Jeep Compass that is heading to India and a test mule of the SUV was recently captured through the lens.

While we’re yet to hear a launch date for the new Jeep Compass Trailhawk, a uncamouflaged test mule of the upcoming SUV, painted Hydro Blue, was spotted alongside the standard Jeep Compass. 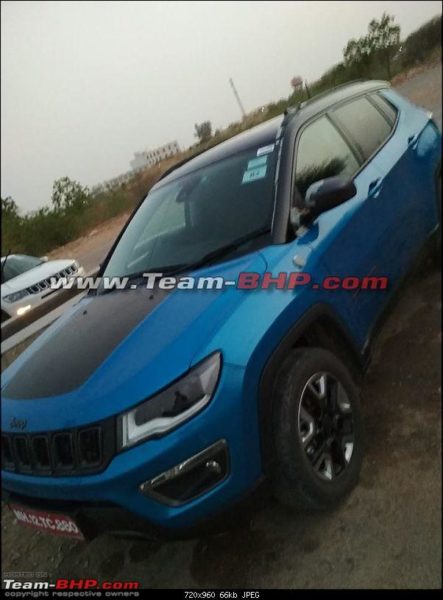 As reported earlier, the Jeep Compass Trailhawk variant was recently showcased in India for the very first time. In fact, reports even suggested that the bookings for the compact SUV had begun and a few Jeep dealers were accepting bookings against an amount of INR 50,000. 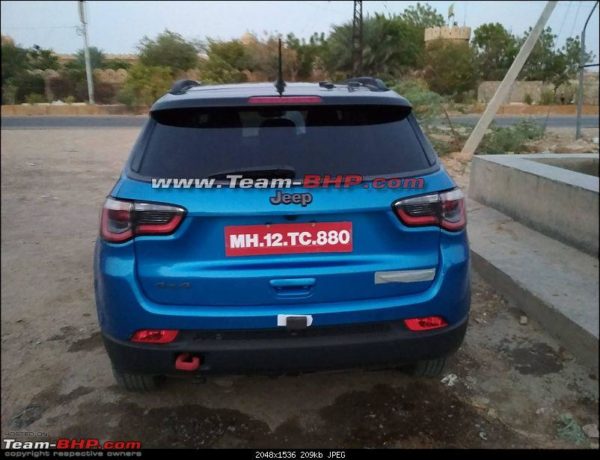 Mechanically, the Jeep Compass Trailhawk will get a 2.0-litre Multijet diesel engine that is tuned to deliver 173 PS of maximum power and 350 Nm of peak torque. Jeep will introduce the nine speed automatic transmission with the diesel variant for the first time in India with the introduction of the Trailhawk variant.

As aforementioned, we’re yet to hear an official launch date for the upcoming Jeep Compass Trailhawk although we may hear more details in the coming weeks. Stay tuned.