Ahead of its launch that is likely to take place in the coming weeks, the Jeep Compass Trailhawk variant was showcased in India for the very first time. Images shared on the web reveal a red coloured Trailhawk variant of the Compass at what seems to be a private showcase. The Jeep Compass Trailhawk was spotted in India earlier this month, followed by a report which said that bookings for the off-road oriented version of the compact SUV had begun and a few Jeep dealers were accepting bookings against an amount of INR 50,000. 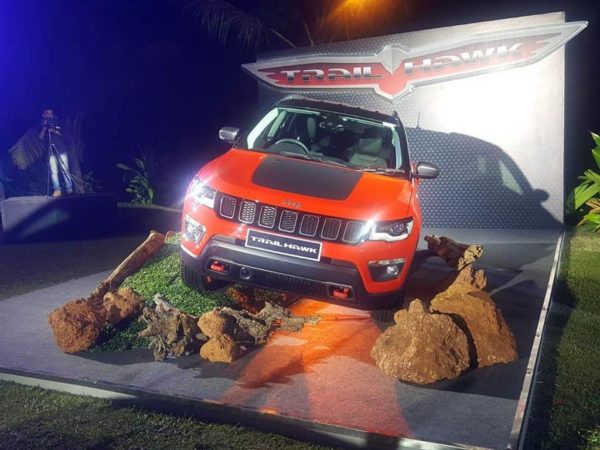 One can distinguish the Jeep Compass Trailhawk from the standard variant as the former receives a number of extra features such as the black decal on the bonnet, red colour recovery hook on the front bumper, underbody skid plates, Trailhawk and Trail Rated badging and new alloy wheels.

Also read: Jacqueline Fernandez Gets Herself A Jeep Compass 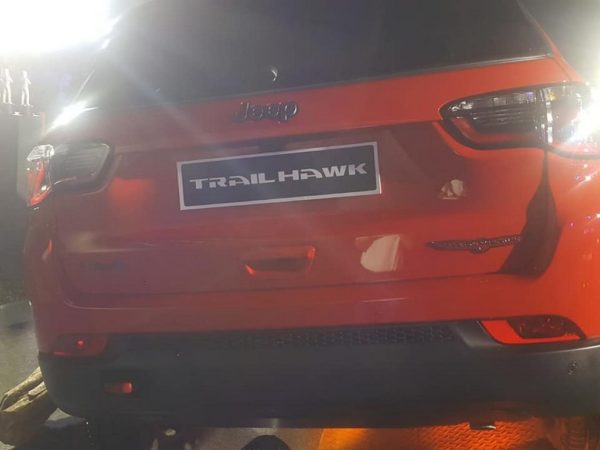 Propelling the new Jeep Compass Trailhawk will be the same 2.0-litre Multijet diesel engine as seen on the standard variant of the Compass. This engine produces 173 PS of peak power and 350 Nm of torque. Jeep will introduce the nine speed automatic transmission with the diesel variant for the first time in India with the introduction of the Trailhawk variant. Currently, the diesel trim is mated to a six speed manual transmission while an automatic transmission is offered only with the petrol trim.