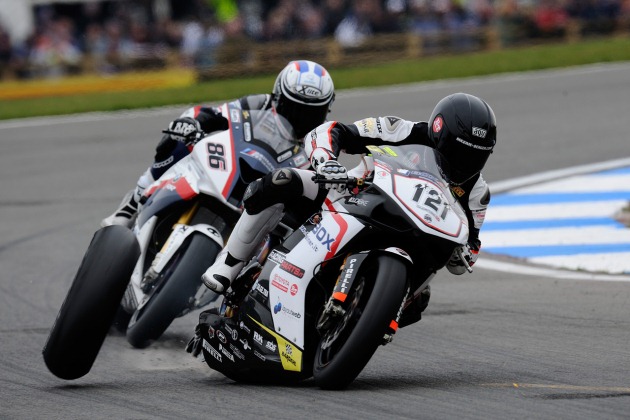 We are sure you have never seen anything of this sort ever. Some of you must be aware of this incident, but for the majority of you, who are not, this should come as a shocker. What this video depicts is the entire rear wheel of a WSBK bike coming off while taking a turn.

It was the second round of WSBK and the man riding the jinxed machine was Maxime Berger who crashed out of the first race during the second round of World Superbike action at Donington Park. After a pretty good start, the pilot of Supersonic team immediately took a good rhythm and was about to overcome some of the drivers ahead of him when suddenly the rear wheel of his Ducati Maxime gave way and fell back, fortunately without any physical harm. The incident was caused by a defective rim that irreparably compromised the race of the French.

Danilo Soncini – Team Manager: ” The rear rim which sold in the race had played only a few races, while the friction that has obliged us to retire in the second round had been tested and worked perfectly. But that’s racing. Turn the page, look forward and get ready for Assen, where we want to do well and we know we have the chance. ”

Maxime Berger : “I’m disappointed and incredulous. I was not ever having to stop twice so strange for two reasons. The circle has suddenly surrendered and I was lucky because he broke into a slow corner. I found in the earth without understanding what had happened. In race two after the start, the clutch started to give me problems, until completely stopped after the first round. The tests went well, I had a good feeling with my Ducati and a pace that would allow me to win my first championship points. But we must not fall. The team did a great job here at Donington and with their help I am sure the results will come in the coming races”
Here’s a video