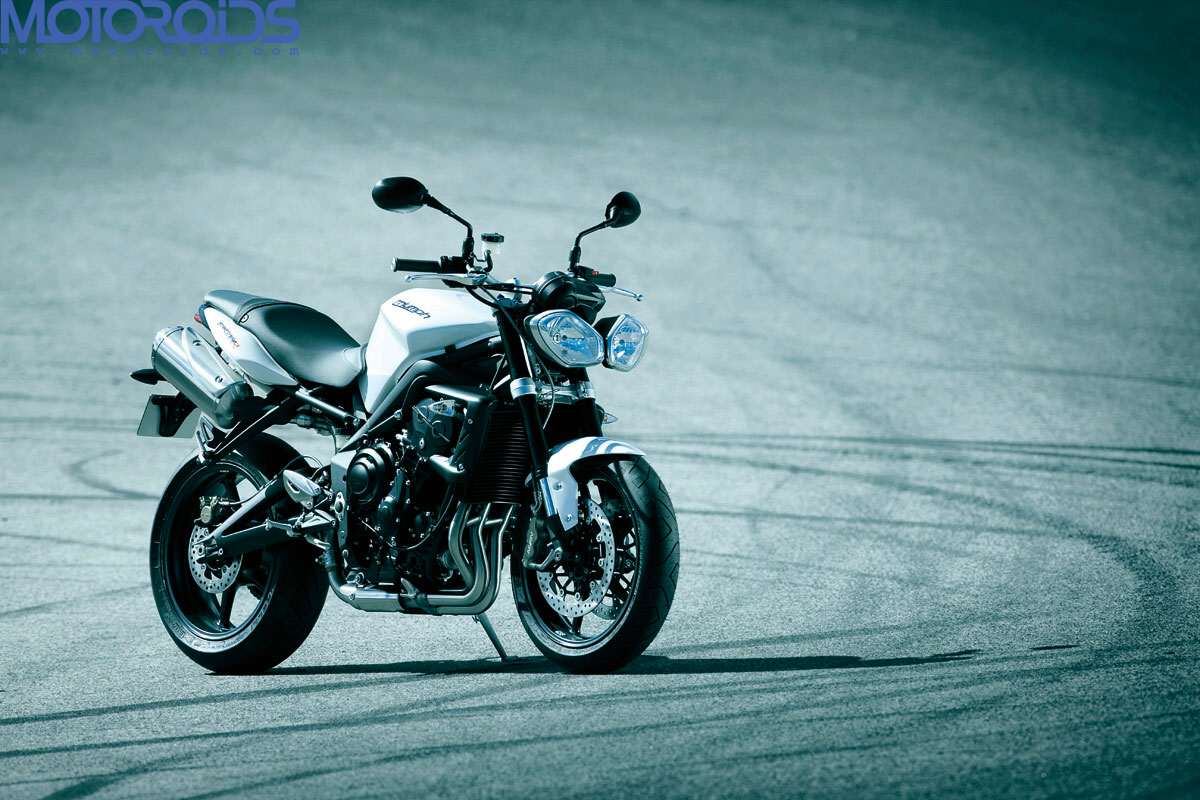 Triumph has unveiled the 2012 version of its Street Triple, the moderate version of the bigger brother, the Speed Triple. The British bike maker has released some photos and details of the new bike. In its latest iteration, the Speed Triple goes bug-eyed with new twin headlamps, aluminium handlebars and a new engine case cover. The engine has also undergone some changes with power now rated at 105bhp at 11700rpm and peak torque rated at 67Nm at 9700 rpm. That purple colour you see in the lead pictures is also a new inclusion. The prices have been kept unaltered, at least for the European market.

In its latest avatar, the Street Triple loses some chrome over the previous version. The instrument panel is new, and so are the aluminium handlebars we talked about, earlier in the post. The Street Triple will be available in two variants, Speed Triple and Speed Triple R. The standard version will be available in metallic white, black and the new purple color, while the R version will come in red, white or black with gold wheels.

Mechanically the new bike is similar to its predecessor. Front suspension duties are taken care of by a 41mm upside down fork while at the rear you have a monoshock from Kayaba. The R version gets adjustable preload, rebound and compression damping. Braking duties are borne by twin 308mm discs up front and a single 220mm single piston rear brakes. The R version gets better radial brakes up front with four calipers.