The wait is almost over. India’s first, modern-day, homegrown, twin-cylinder bikes will be be launched on November 14th, 2018 in Goa. Pricing for the Royal Enfield Continental GT 650 & Interceptor 650 will also be announced and we’re sure there are many who’re just waiting to her those numbers with a wad or a cheque in their hands. 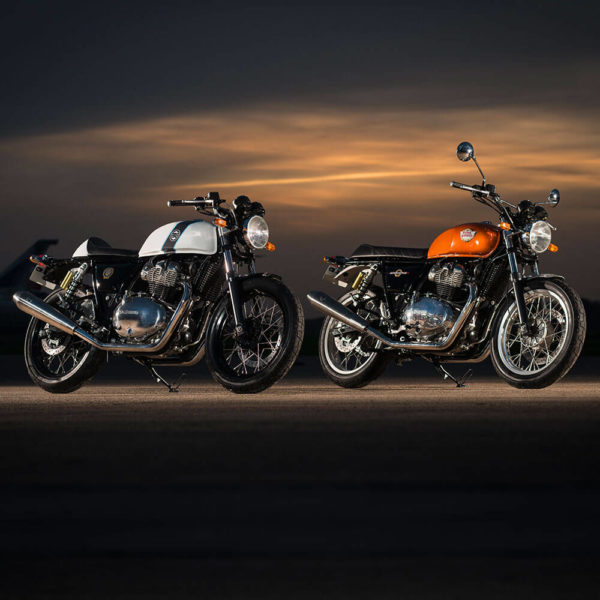 Revealed last year at the EICMA 2017, both motorcycles herald Royal Enfield’s foray into the serious, middleweight motorcycling segment. But their approach towards it has a rather large audience base as both these new motorcycles are friendly and retain the charm of simple motorcycling which is fun and accessible.

Powered by RE’s first modern-day parallel-twin, both motorcycles are pushed forward by a motor which features a single-piece, forged crankshaft and a 270-degree firing order. Power figures stand at 47 bhp @ 7,100 rpm and 52 Nm of twist at a rather low 4,000 clicks. For both the bikes, a slip-n-assist clutch should make the left wrist’s job rather easy while shifting through the 6-speed gearbox.

Both the bikes have different ride heights to offer. Where the Interceptor’s saddle sits 804 mm off the ground, the Continental GT places the rider 790 mm above it. Front 41 mm telescopic forks and twin rear shocks complete the modern-retro picture. But 320 mm front and a 240 mm rear disc have been paired with a standard ABS system to comply with modern norms and needs. We expect the motorcycles to be priced competitively and for such a huge user and fan base that RE already has, this should make their share prices climb further north. We’ll bring you all the details from the launch event, along with an exhaustive review of both the bikes. Stay tuned!