Royal Enfield unveiled the 650 twins at the EICMA Motor Show held in Milan last year. The Eicher owned brand showcased the Interceptor 650 and the GT 650 in India for the first time at the 2017 Rider Mania. Now, the upcoming Interceptor 650 has been spotted testing in India ahead of its launch. 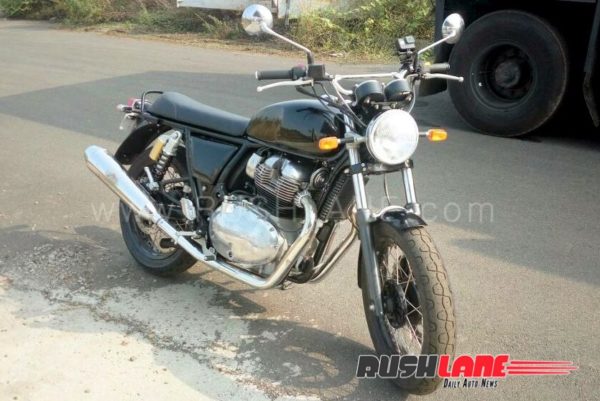 The Royal Enfield Interceptor 650 is expected to arrive with a price tag of approximately INR 4 lakh.

Royal Enfield is expected to launch the Interceptor 650 along with the GT 650 in India sometime next year. 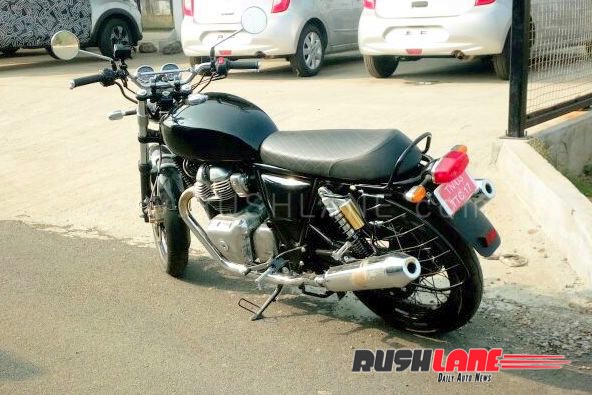 The Interceptor 650 test mule, which was spied in Chennai, does not sport any camouflage and instead, features an all black paint job sans all the decals.

Based on an all new steel-tube cradle chassis, the Interceptor 650 comes equipped with 18 inch wheels at the front and rear, wrapped in Pirelli rubber; twin shock absorbers at the front, disc brakes at both ends and ABS as standard. Dimension wise, the motorcycle measures 2122 mm in length, 789 mm in width and 1165 mm in height. The ground clearance stands at 174 mm while the seat height is 804 mm. The fuel tank has a capacity of 13.7 litres. The Interceptor 650 will be available three colour options including Orange Crush, Ravishing Red and Silver Spectre.

Powering the new Royal Enfield Interceptor 650 is an all new 650 parallel twin engine. This air/oil-cooled motor is capable of producing a maximum power output of 47 bhp  at 7100 rpm while the peak torque of 52 Nm comes up at 4000 rpm. This engine is mated to a six speed transmission which is augmented by a ‘slip/assist’ clutch. 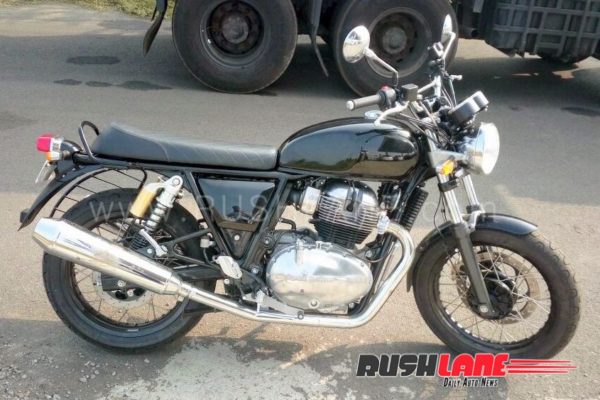 The upcoming Royal Enfield Interceptor 650 will come equipped with disc brakes at the front and rear while ABS will be available as a standard feature.