The Royal Enfield Classic 500 Pegasus was a instant hit. The 250 units of the limited edition motorcycle available for the Indian market were sold-out within three minutes (178 seconds to be precise).

Speaking post the successful flash sale of the Pegasus Edition, Rudratej Singh, President, Royal Enfield said, “The sale for Pegasus motorcycles has shown the tremendous aspiration to own brand Royal Enfield once again. Beyond all expectations, the sale of 250 limited edition Pegasus motorcycles was concluded online in a record time of only 178 seconds! I congratulate all the customers who are now proud owners of the Classic Pegasus limited edition motorcycle and thank them for their support and patronage.” 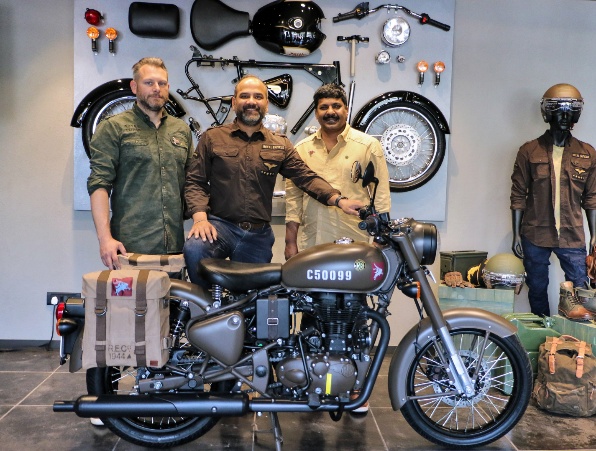 However, some of those customers who Singh congratulated for successfully buying the Classic Pegasus limited edition are disappointed after the launch of the more affordable and ABS equipped Classic 350 Signal which arrived with a price tag of INR 1,61,728 (ex-showroom). The Classic 500 Pegasus was priced at INR 2,49,217/- (on-road Mumbai).

One such Royal Enfield devotees who was left shocked after the launch of the Classic 350 Signal is Saju Scaria who wrote an open letter to Royal Enfield’s CEO, Siddhartha Lal. Scaria wrote in his letter, “Since I am part of RE community, I am connected with quite a few people who had tried their luck to buy the Pegasus during the online flash sale. For last 2 days, the unlucky ones (who could not buy the Pegasus) were contacted by RE Officials, promoting the Signal 350 model, stating Signal being the look alike of Pegasus.”

He further added, “I feel cheated being a loyal RE customer. I am also touch with many Pegasus owners and everyone feel the same.”