Important Update : Due to heavy rains, the Pune round of Maruti Suzuki Autoprix 2017 (Season 1) scheduled for 22nd, 23rd and 24th of September has been postponed. New dates for the event will be announced shortly.

Maruti Suzuki Autoprix 2017 (Season 1) is all set to enter the cultural capital of Maharashtra – Pune, for the second round of its autocross format on September 22, to find the first winners of the West zone. The first round of championship concluded in Bengaluru on September 10.

Spread across five months, budding racers and motorsports enthusiasts from seven cities – Bengaluru, Pune, Coimbatore, Chandigarh, Indore, Gurgaon and Guwahati, will compete against each other to battle it out in Greater Noida at Buddh International Circuit and win the coveted title of Maruti Suzuki Autoprix Champion in 6 classes in the championship. 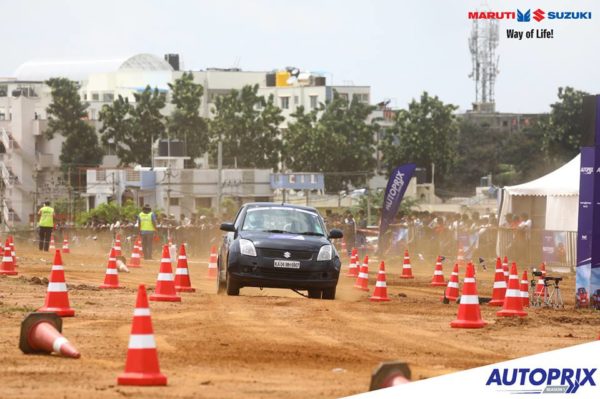 Maruti Suzuki Autoprix 2017 (Season 1) is a platform for amateur motorsports enthusiasts to hone their motoring skills and taste the thrill of adventure in a safe environment before graduating to tougher formats of rallying. The second round will culminate into a prize distribution ceremony in Pune, on September 24, wherein the winners will represent the city in the national championship.

The national champion of Maruti Suzuki Autorpix 2017 (Season1) will bag the all new Maruti Suzuki Swift at the finale in Noida on 29th January, while there are cash prizes to be won by the winners of city rounds. 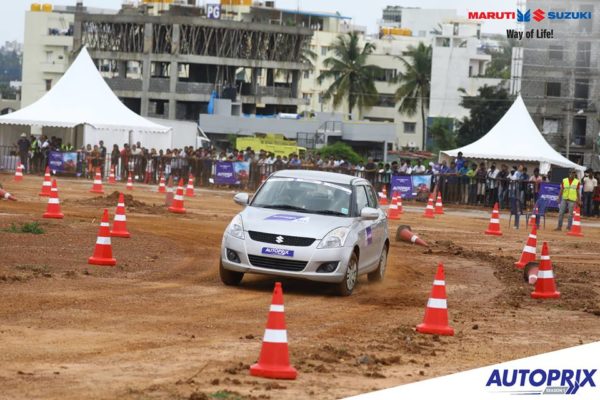