Daimler India Commercial Vehicles (DICV) celebrates the fifth anniversary of the market launch of BharatBenz trucks. Since September 2012, the brand has continuously advanced despite adverse conditions such as an overall industry downturn or multiple market distortions in 2016. More than 55,000 trucks have been delivered to customers across India.

In the current year 2017, DICV expects to achieve significant growth with BharatBenz. For the first time, the brand progressed into double-digit market share in recent months, based on strong momentum gained with the BS-IV transition. 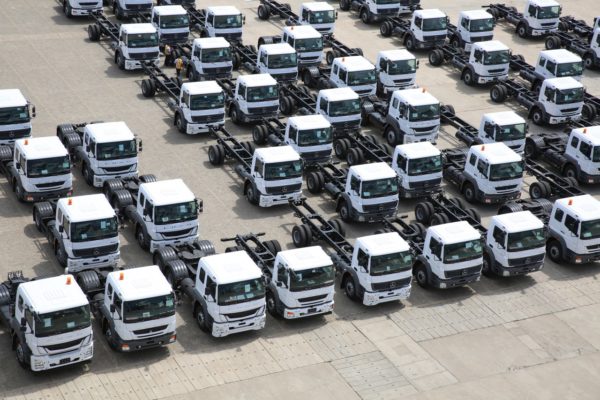 DICV decided to add a second shift at its truck plant in Oragadam near Chennai. The increase in output will also cater to expected further growth in DICV’s export business, in which the company has sold more than 10,000 trucks since 2013 and will serve 40 markets by the end of the year.

To commemorate its fifth anniversary in the Indian market, BharatBenz handed over its first Euro-V ready medium-duty trucks to customers. In line with the Euro-V emissions standard, nitrogen oxide (NOx) emissions are reduced by more than 40 percent compared to BS-IV. Nitrogen oxides are considered to be a major source of air pollution in high-traffic metro areas which leads to respiratory diseases and other negative impacts on people and environment.