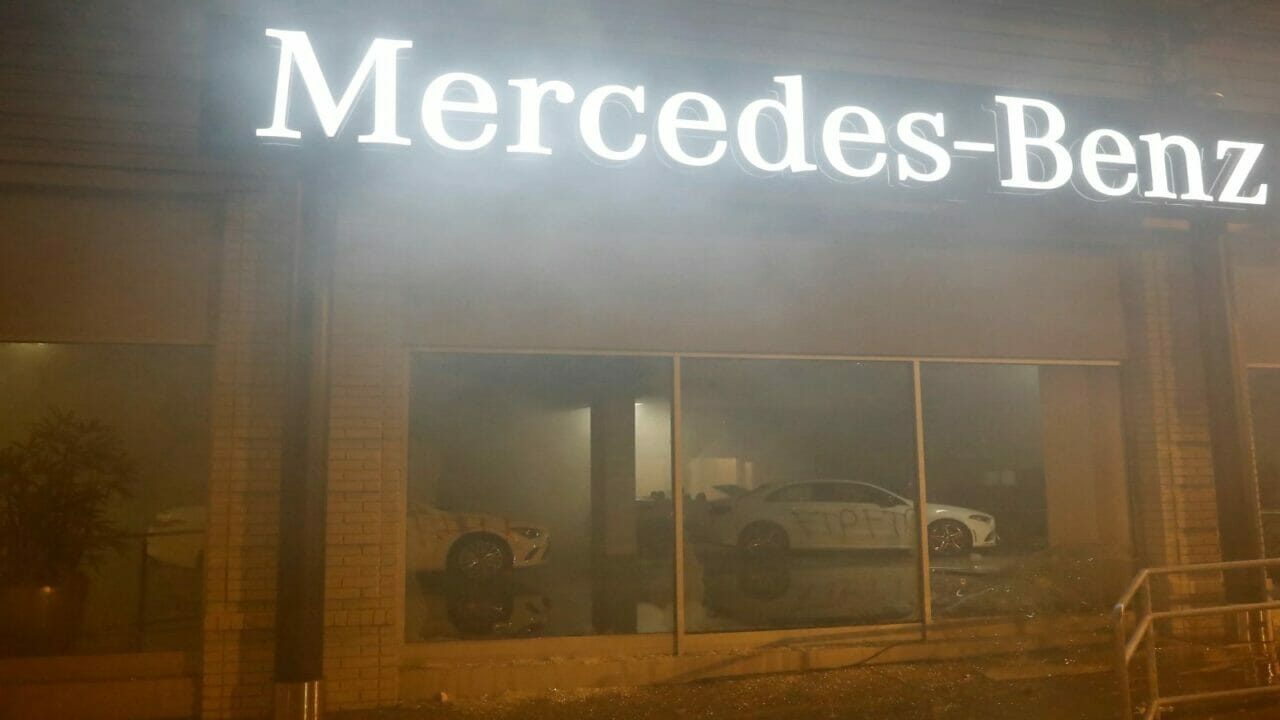 The world recently witnessed a horrific crime of racism when a Minneapolis cop strangled a man and kneeled on his neck until he choked to death. The deceased man, identified as George Floyd, had been arrested for allegedly using counterfeit money at a store to buy cigarettes on Monday evening. He could not be revived after being put into an ambulance.

This horrific incident was captured on phone by some angry bystander who claimed the cop of murdering Floyd. The police officer in question has been identified as Derek Chauvin, who has since been removed from the police force and has been charged with murder. 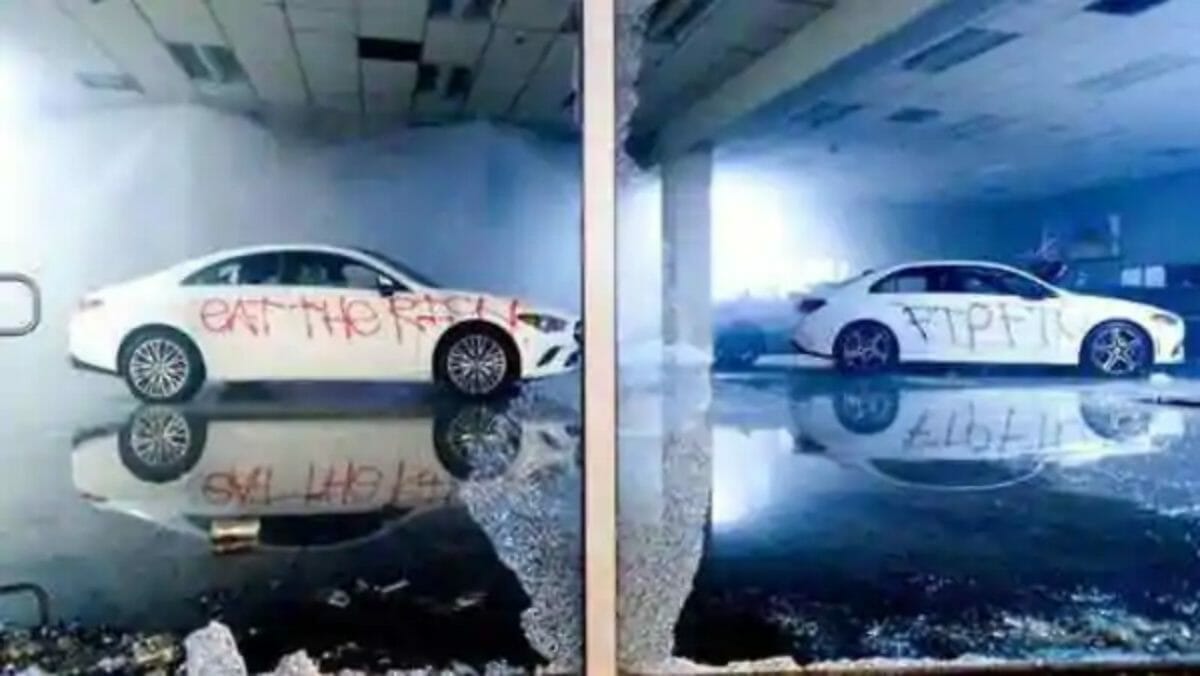 The anger over the incident has led to massive protests in several cities – from New York to Atlanta and beyond. Reports of vandalism and rioting have emerged as well and in one such incident, people broke into a Mercedes showroom in Oakland and left many of the vehicles here damaged. CBS San Francisco reported that the dealership was also ransacked and was left in a sorry state due to a fire.

A video of rioters breaking into the dealership also shows some of them climbing on to the Mercedes cars and kicking the windshields violently. A few of them also end up jumping on these vehicles. While others are seen filming the entire incident from outside the store on their phones.

In the aftermath of Floyd’s death, there have been highly divided opinions on what has followed with one school of thought espousing that he was killed because he was black and that it is about time race-based discrimination and police brutality comes to an end. Many others have highlighted that protesting has given way to rioting and looting with numerous videos of people breaking into branded shops and walking away with items on display emerging on social media. 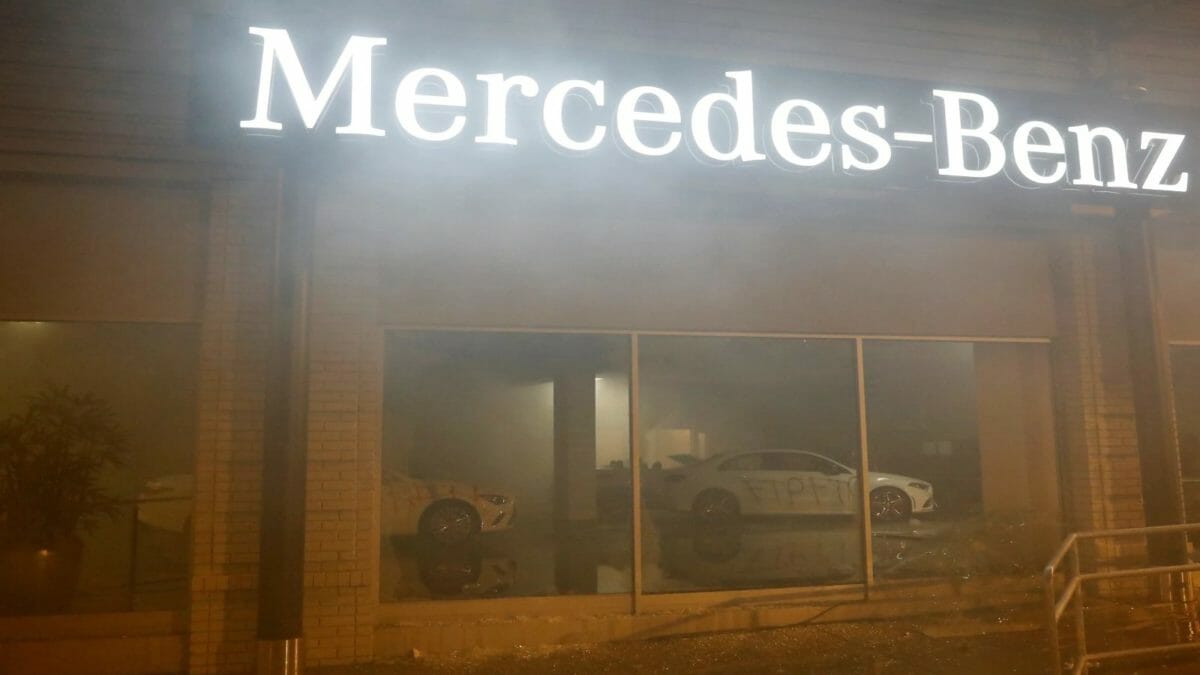 While everyone has a right to protest, such acts are best described as hooliganism where someone else’s property has been destroyed in order to prove a point. Such sort of incidents are even common in India where cars from showrooms are vandalised, police jeeps and vans attacked and even trucks owned by small vendors being torched. While the murder of the person is deeply disturbing, protesters have no right to cause harm to someone’s livelihood.

The protests have spread to other parts of California and the US and have taken a violent turn in many places. With the society already suffering from the Covid-19 pandemic, the widespread protests and crowd gathering across so many places have made the task of US law enforcement even tougher.