While we wait for the next-gen Honda City to go on sale in India, a hatchback version of the City sedan has been spied testing on the roads of Thailand, hinting at its launch in upcoming months. One of the most popular sedans in its segment since the time it was launched in India, Honda Cars India was geared up to launch the new-generation City, however, the ongoing pandemic and the subsequent countrywide lockdown deferred its April launch.

What can be expected from the City based Hatchback? 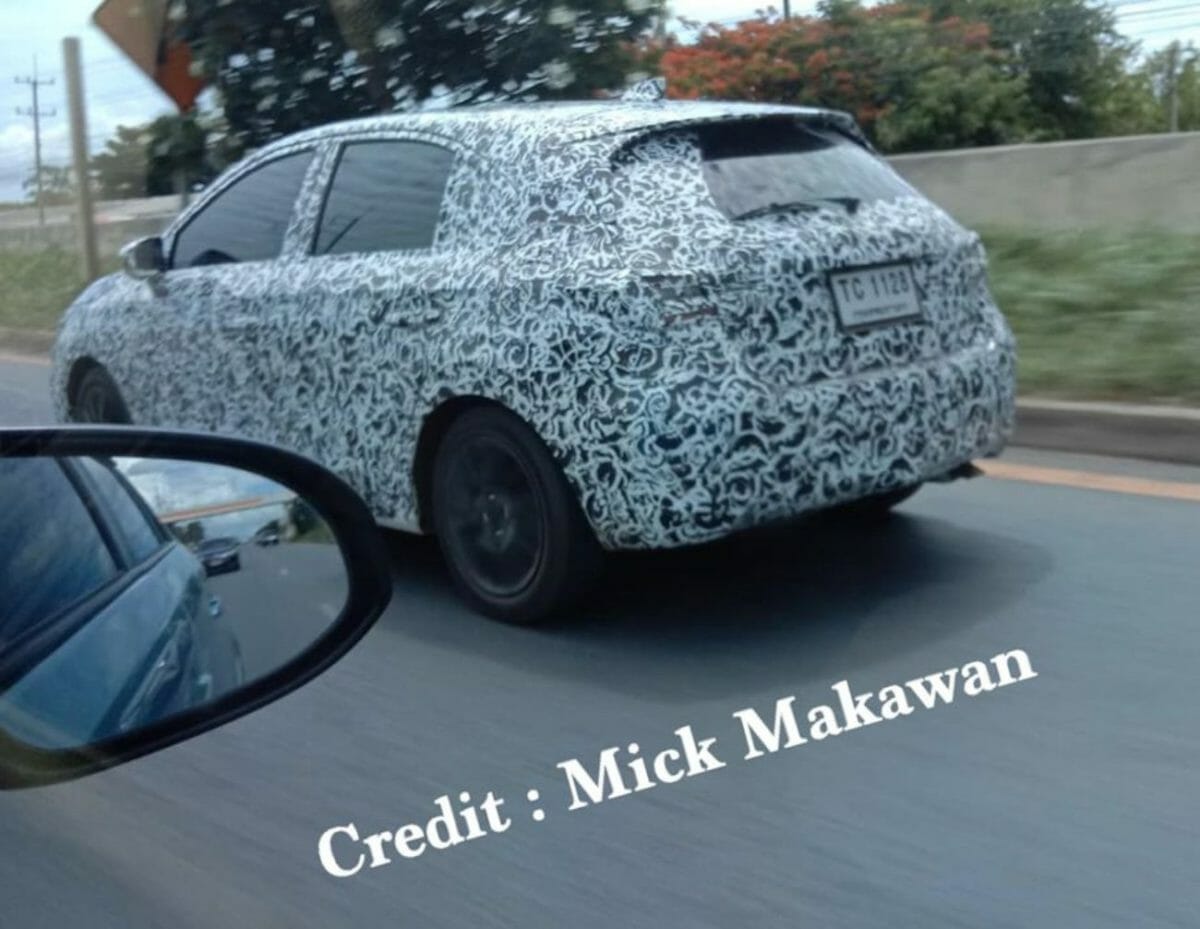 The rear end seems to be designed from ground-up. We have witnessed many manufacturers chopping a hatchback out of their sedans. But the rear end in most of them looks like an afterthought. Well, that isn’t the case here as the rear-end in the spied hatchback carries a rather neat look accompanied with horizontally-placed tail-lamps.

We can expect Honda to launch the City based hatchback in southeast Asia first, followed by other countries. It would be safe to assume that it will borrow the same set of features found on the updated City. For India, the new-generation Honda City will be powered by both options- a 1.5-litre petrol unit and a 1.5-litre diesel unit mated to a 6-speed manual transmission as standard. The diesel variant will also be offered with a CVT automatic gearbox as an option whereas automatic in petrol engine might be introduced at a later stage.

The new-gen City will come with a new 8.0-inch touchscreen infotainment system with Apple CarPlay and Android Auto along with Alexa Remote compatibility. Honda Connect app-based connected car tech will be offered too. Apart from these features, the top of the line ZX variant will also offer safety features such as six airbags, ESP (Electronic Stability Program), TCS (Traction Control System) and HSA (Hill Start Assist).

The 2020 Honda City has witnessed significant dimensional changes. Compared to the current generation, the new model is around 109mm longer, 53mm wider and 6mm shorter. It measures 4549mm in length, 1748mm in width and 1489mm in height. This means that the rear seats will be wider and offer more space for occupants.