Café Racers date back to the ’60s and originated from the Ace Café in London where riders used to strip down their motorcycles to a bare minimum in order to achieve maximum speed during short and quick races between certain cafes. They are quite a rage now as Café Racers have now become a lifestyle product and given the way some modern Café Racers look, old school is still a magnet. KTM is one versatile manufacturer that makes some of the sharpest motorcycles with explosive performance on offer. The Austrian brand is present in almost every segment of motorcycling including naked streetfighters, ADV-tourers or track-focused super sports but they currently don’t have a Café Racer in their portfolio.

You might be wondering the whole context of this gibber gabber about Café Racers and KTM and why we are discussing these two in the same article. Let us get the cat out of the bag now. We came across a render of a Café Racer based on the KTM Duke 790, most of us know as ‘Scalpel’. And that got us wondering why any of us hadn’t thought about it. A Café Racer developed by KTM? Adorned in the bright shade of orange? It might not win any beauty contest but it is safe to assume that if KTM in a highly unlikely scenario, decides to build a Café Racer, it would leave the rivals behind in orange smoke.

Also read: Tata Nexon Imagined As A Hardcore Offroader Gets Our Approval 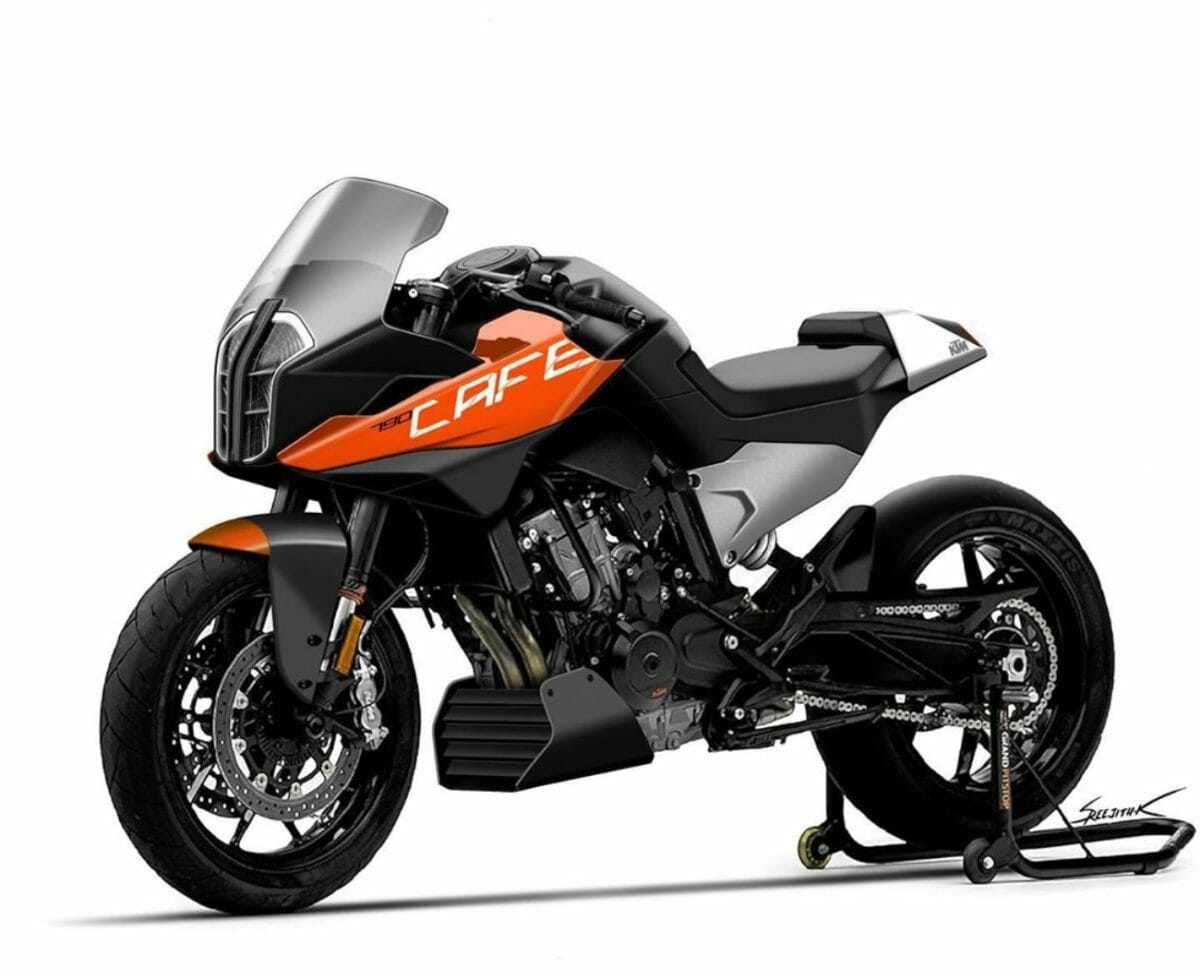 The Render and the Renderer

The man behind the render is an Automotive and Product Design freelancer who goes by the name Sreejith Krisnan K. In his own words, “The thought of a KTM Café Racer – something that follows their design language and packed in the form of Café Racer excited me and that is how this project was developed.” One good look at the render and you would know that the transformation to a Café Racer hasn’t resulted in this KTM losing its primary design traits. The front end houses a headlamp assembly which is installed in a curvy casing but retains the same design as the Duke 790, although slightly tweaked. 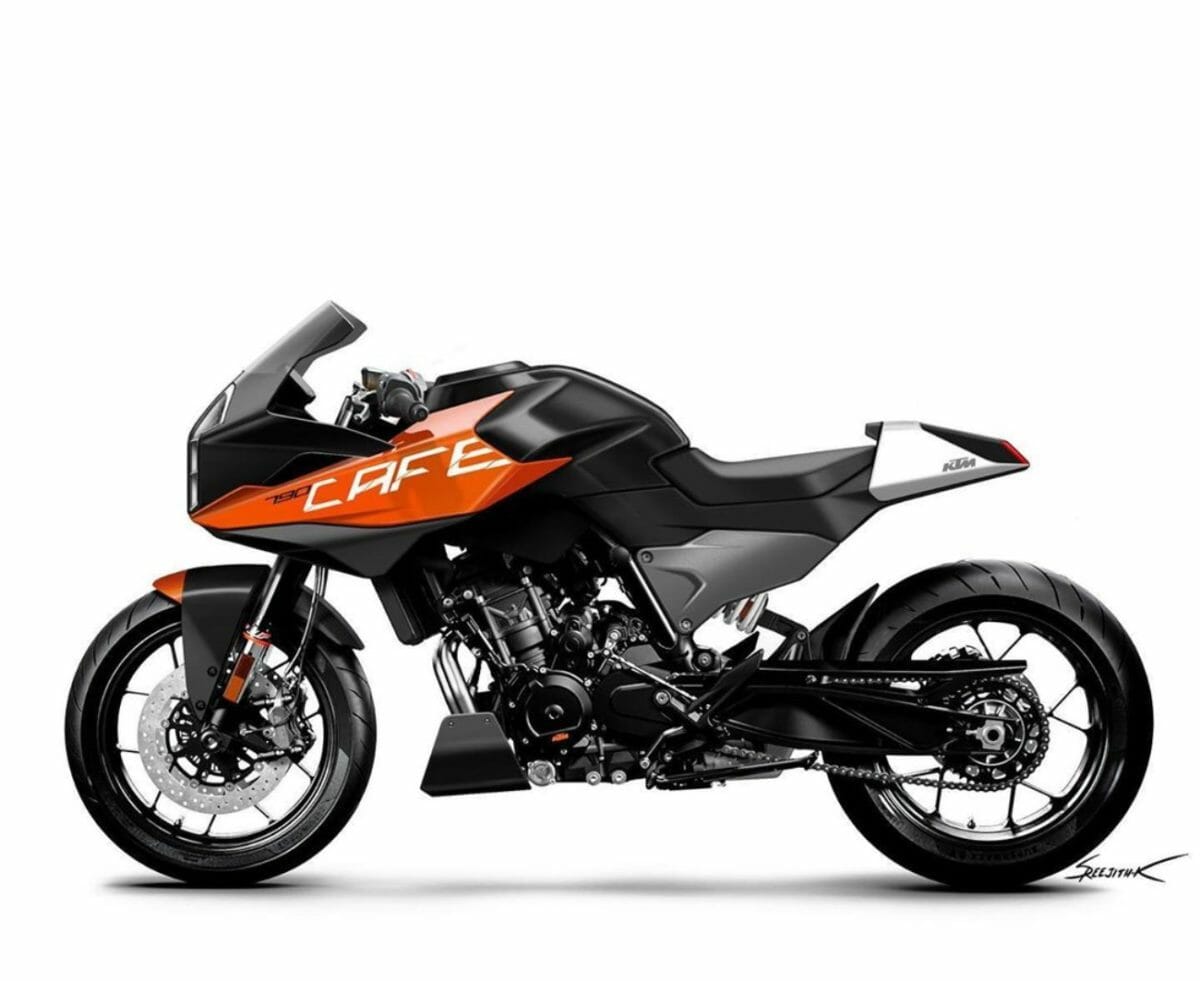 The tank is slightly redesigned too and draws inspiration from a ‘Katar’. For the uninitiated, Katar is a push dagger from the Indian subcontinent. Katar basically needs the attacker to charge towards its opponent and push the dagger deep into the guts to drain the life out of him. If you have ridden a KTM, you would know that their motorcycles are as sharp as a Katar and the renderer too has tried to recreate the same emotion by designing the plastic tank extensions in the same manner. The taillight section too has gone under digital fabrication and looks in line with the characteristics of this Café Racer concept. The rear seat has been given a miss and in comes a rear seat cowl. Talk about sticking to traditions! To maintain the overall aesthetics, the odd-looking upswept exhaust of the Duke 790 has made way for an underbelly unit. 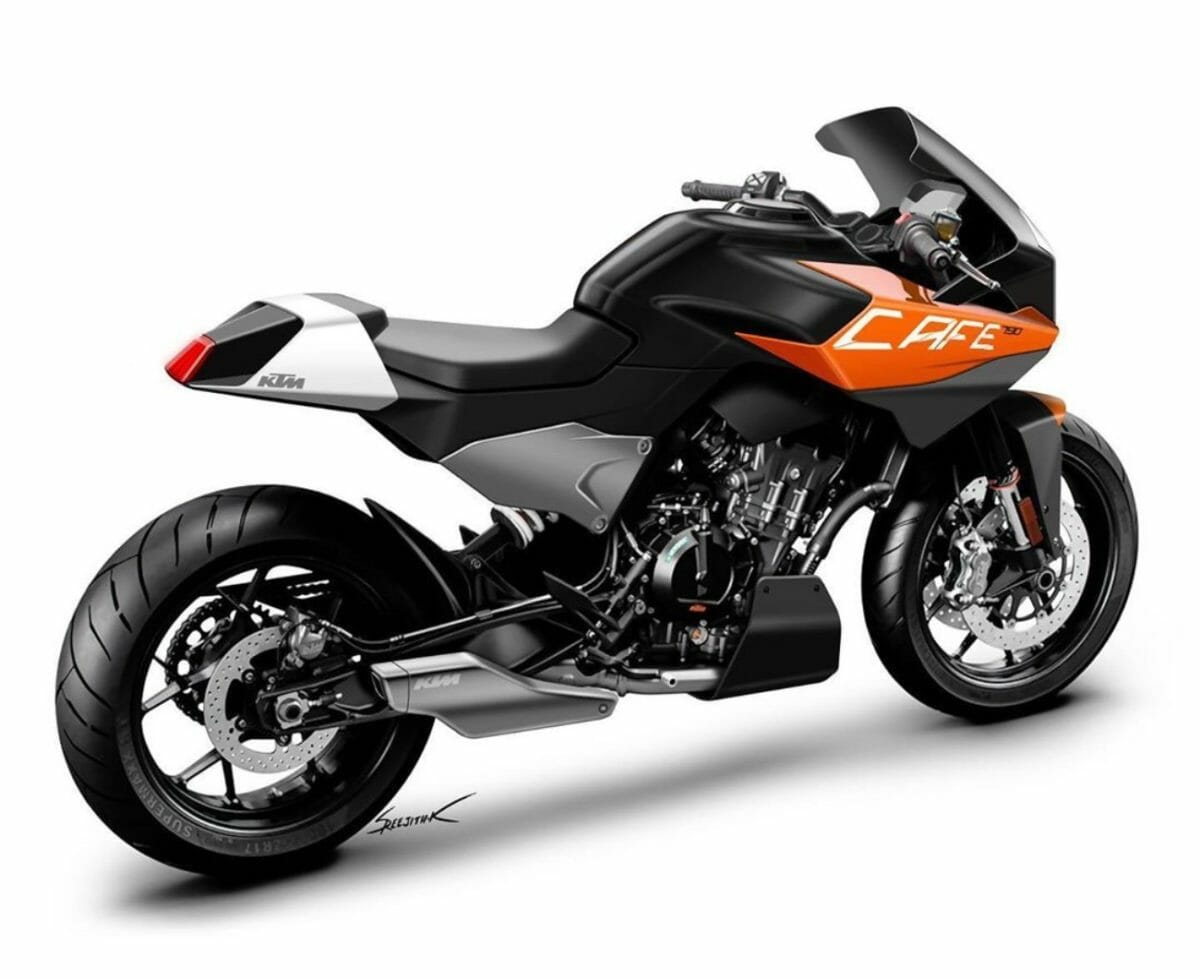 If KTM ever decides to build a Café Racer, we too think that the Duke 790 would be an ideal platform. Its explosive performance coupled with its lightweight and sharp handling characteristics would prove to be the optimum ingredients to make a Café Racer. If it ever comes out, we are sure that it would manage to stand out from the rest of the Café Racers in the same manner an orange cocktail stands out in the horde of cappuccinos and lattes.