The Nexon has been one of Tata’s popular offerings in the market and the same is reflected in its sales figures as well. Apart from the IC engine, an EV version of the Nexon is on offer too. While it may certify as a compact SUV, when it comes to off-road prowess, the Nexon isn’t the Safari. But if we let our imaginary horses run wild, we can’t help but imagine a more off-road focused version of the Nexon. Yogi Sejwal Design created a render of how an off-road version of the Nexon might look like.

It carries forward some design elements from the HBX concept which was first showcased at the Geneva Autoshow in 2019. Since then, people have been eager to know more about it and at the Auto Expo in February 2020, a close to production model was revealed, which Tata Motors claimed, was 90% production-ready. A few months back, Tata launched the Nexon facelift and this render uses the same as a base. The wheel arches are more muscular and wide in order to accommodate the wider tyres. The tyres are dual purpose as opposed to road-biased ones found on the stock Nexon.

Also read: How About An MG Hector Built For No Roads? 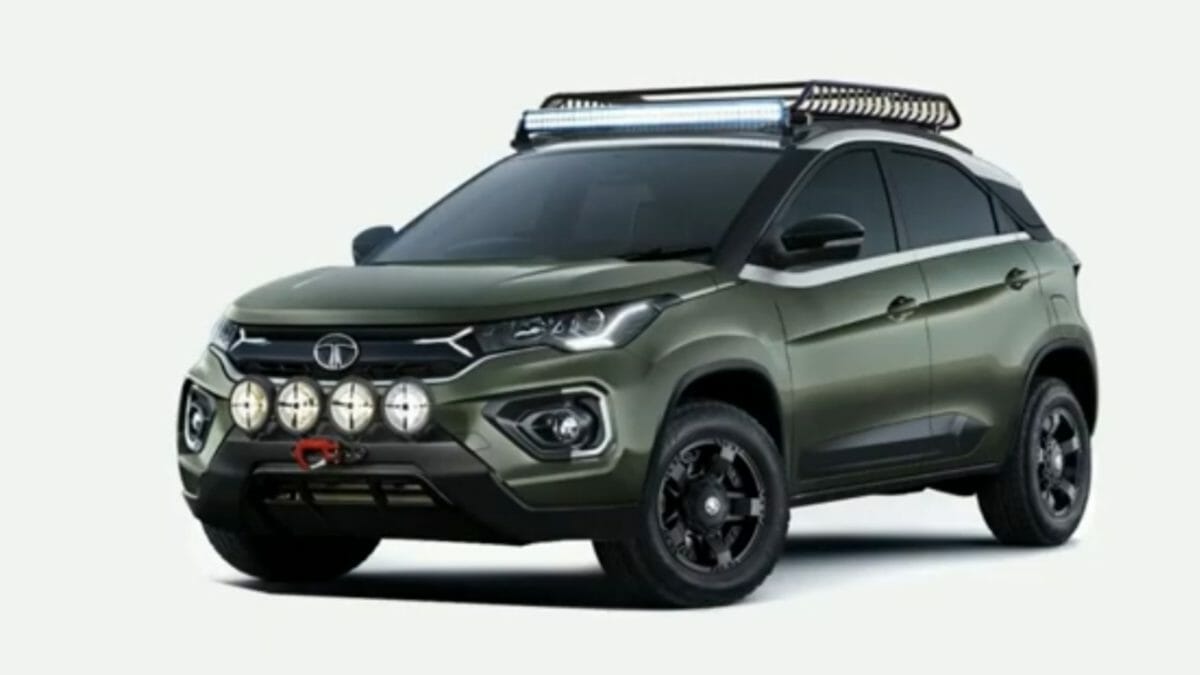 The front bumper too has gone under the digital fabrication and now looks meaner than before, matching the overall characteristics of the render. The headlamp assembly is installed in a yellow-tinted housing. There’s a tow hook installed too, to increase the utility. Looking at this render got us wondering how amazing would it be if Tata came up with a ‘proper’ SUV based on the Nexon! It isn’t like Tata is new to the game and doesn’t know how to build SUVs that can deal with tough terrains.