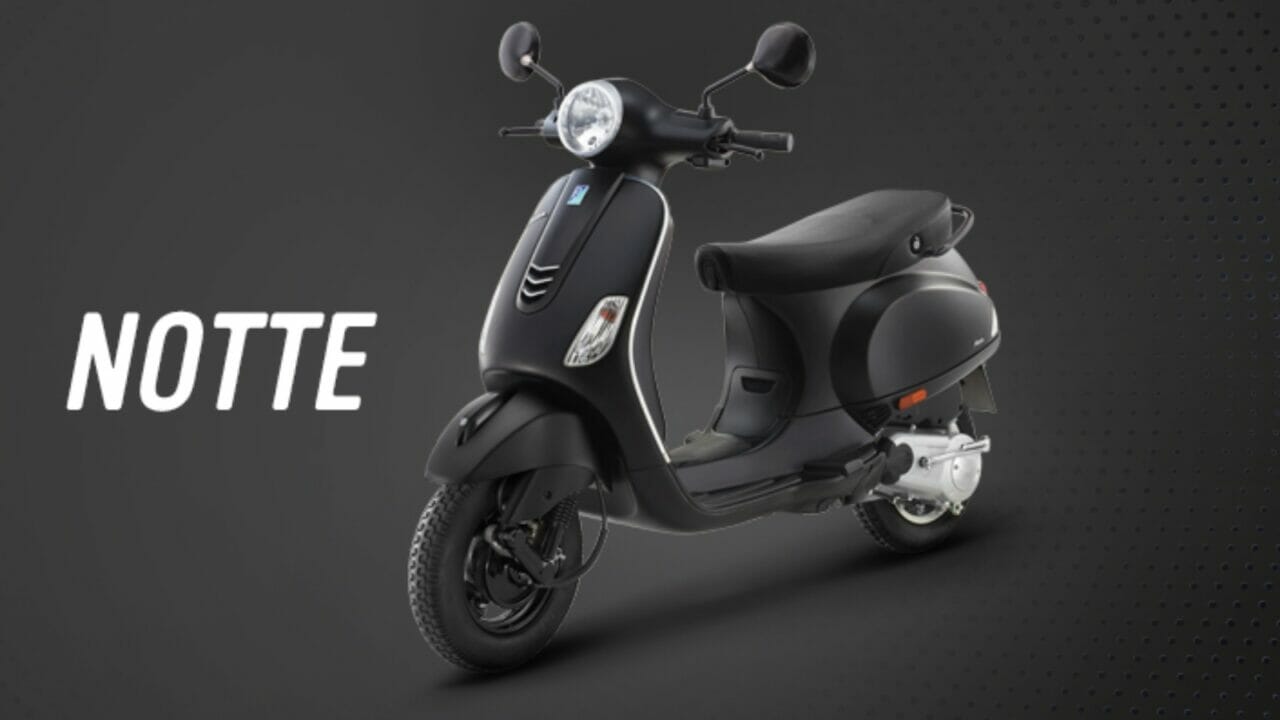 Piaggio has launched its most affordable scooter, Vespa Notte 125 in India and guess what? It might be the most affordable Vespa in the country but it is still costlier than most of the scooters available in the market today. Probably the only scooters which are costlier than the Notte 125 are its own more premium cousins. In its BS6 iteration, it has seen a price hike of around INR 19,000 over the BS4 version. The BS6 compliant Notte 125 is priced at INR 91,492 (ex-showroom, Pune) while the outgoing BS4 model used to retail in India at a price of Rs 72,030.

Piaggio recently updated the rest of its lineup to meet the more stringent BS6 norms and the Notte 125 is the latest scooter in their portfolio to receive the green treatment. Like the rest of the BS6 products in the company’s line up, the Notte 125 has not received major revisions to the styling. The prime visual highlights of the new BS6 Piaggio Vespa Notte 125 is its matte black paint scheme that lends a sporty appearance. The most-affordable Vespa is based on the LX125 and derives power from a 125cc, single-cylinder, three-valve fuel-injected engine that is good for producing respective power and torque outputs of 9.78hp and 9.6Nm. 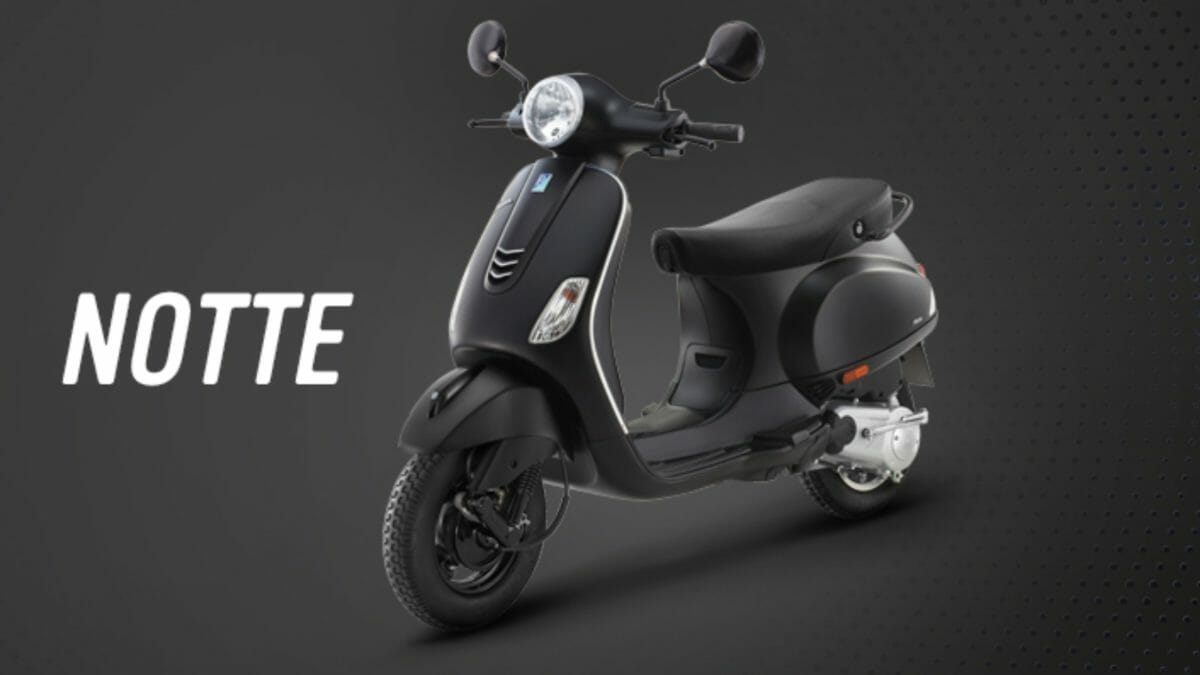 The performance figures have come down slightly because the BS4 iteration of the Vespa Notte 125 used to churn out 10hp and 10.6Nm of power and torque respectively. We don’t know how is it going to impact its real-world performance. That is for us to find out once we get to ride the Notte 125 extensively. Suspension duties are carried by a single sidearm suspension with Anti-Dive characteristics upfront along with dual-effect hydraulic shock absorber at the rear. 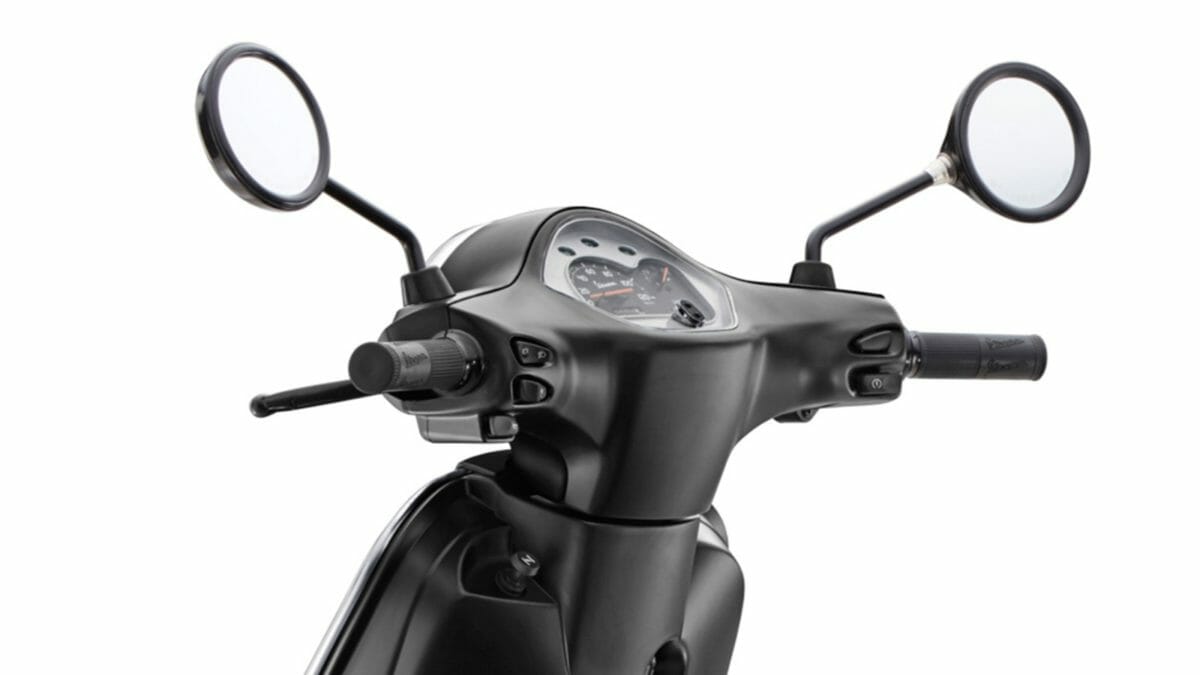 Halting duties are performed by a 149mm drum brake up front along with a 140mm drum brake for the rear. A front disc brake is given a miss even as an option while CBS (Combined Braking System) comes as standard. The Vespa Notte 125 is going to appeal to those who want a retro scooter but with a pinch of modern and sporty styling. The matte black colour scheme certainly manages to stand out. This is what the Batman would ride on a grocery run.

In other news, Piaggio recently launched the BS6-compliant Vespa VXL 149 and SXL 149 scooters in India. The Vespa VXL 149 is priced at Rs. 1,22,664 and the SXL 149 is priced at Rs. 1,26,650 (ex-showroom, Delhi). You might notice a slight change in the moniker of both the scooters which also hints at the 1cc reduction in the overall displacement of the engine. One of the prime reasons why Piaggio has reduced the engine capacity by 1cc to bring it down to 149cc is that the insurance cost of two-wheelers having an engine displacement of up to 149cc is lesser compared to those having an engine of 150cc or above. They both look retro but the SXL 149 gets a slightly different front apron and a rectangular headlamp.