The ‘Vocal For Local’ call has gathered pace, ever since the Prime Minister Of India encouraged citizens to buy India-made products to boost homegrown businesses and revive the economy of the country. Some of these brands have been a big part of our lives already and have had a great brand recall over the years.

What we came across is something really unique though. A design student and rendering artist is showcasing Indian consumer brands in an innovative style. Aditya Narayan has rendered several popular Indian brands on popular retro sports cars on his Instagram page ‘chopperkid111’, and the results are rather eye-catching. 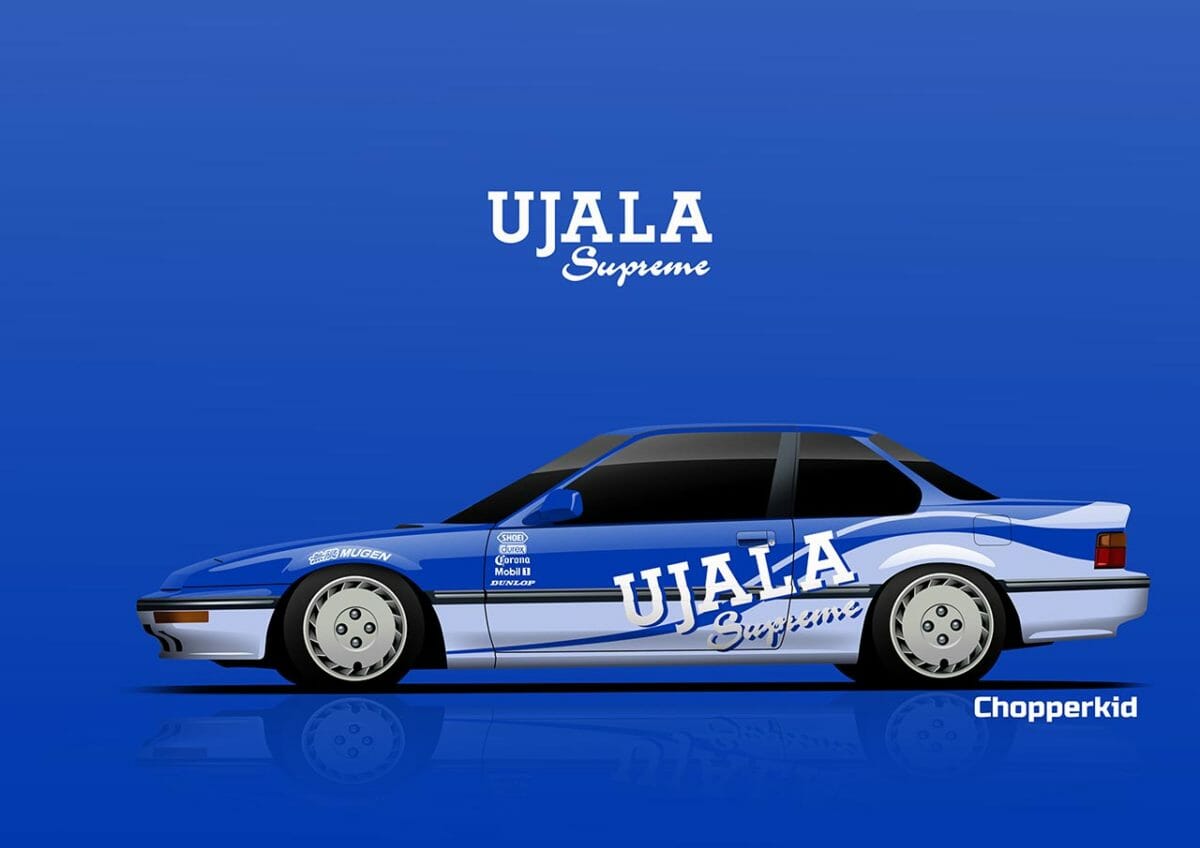 Which Brands Have Been Rendered?

For starters, he has used the popular indigo brand ‘Ujala’ rendering on the third-generation Honda Prelude. The third-gen Prelude is best known for its slick design elements, its pop-up headlamps, NSX-like styling, impressively low drag coefficient and class-leading performance. It was the first mass-production car that went ahead of its time and featured mechanical four-wheel steering. 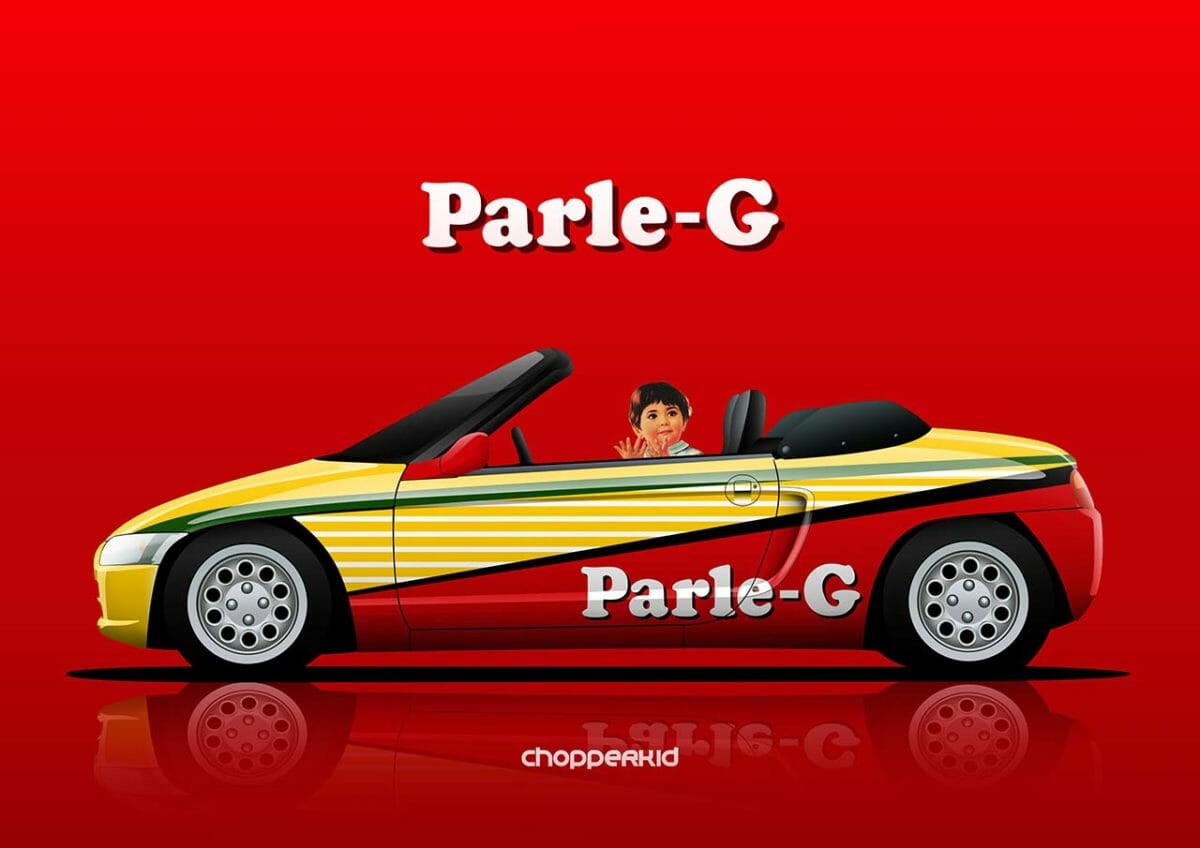 Next up, he uses two ever-popular products form the evergreen Parle Agro brand – Frooti mango drink and Parle-G biscuits. While Frooti has been rendered on a Lamborghini Miura, Parle-G has been wrapped around a Honda Beat convertible. The Miura is one of the most iconic Lamborghinis ever made and the classic yellow-green amalgam gives it a ‘refreshing’ look indeed. 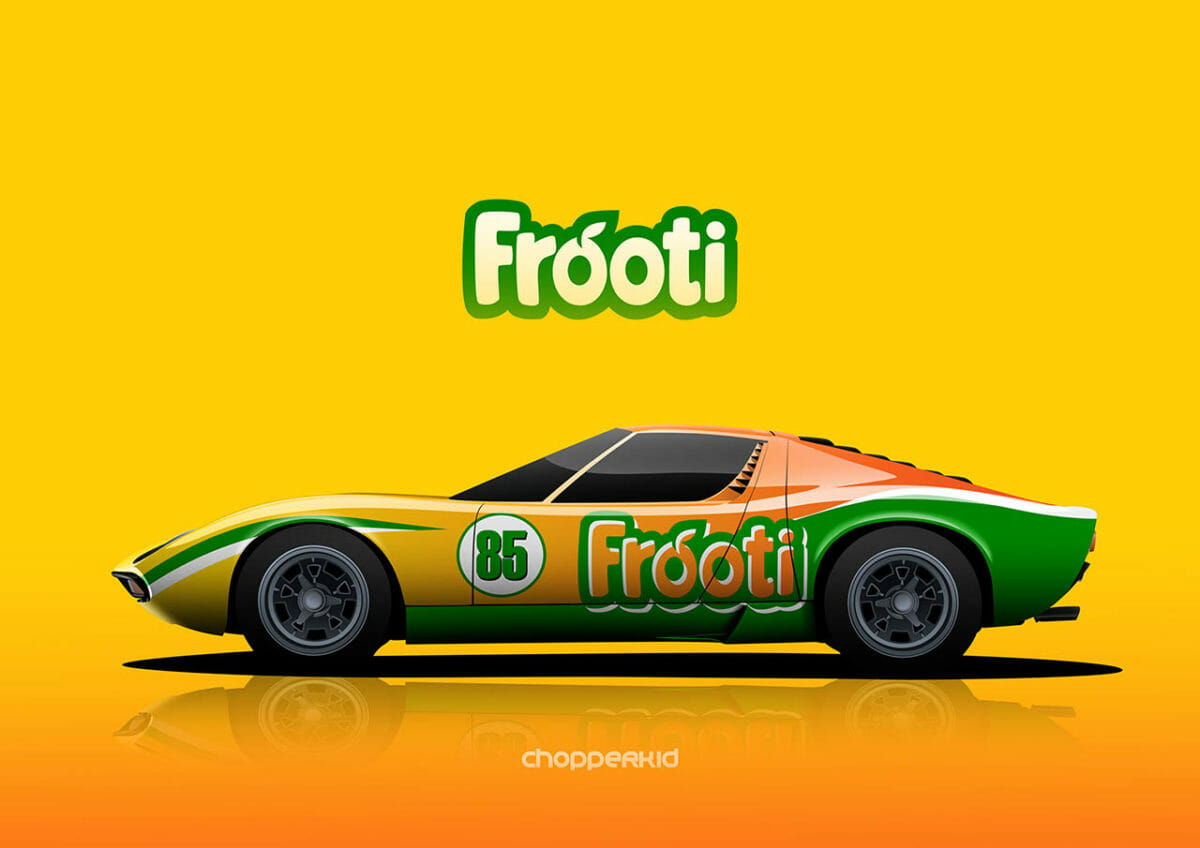 As for the Honda Beat, understanding the simple lines of the Japanese Kei car, the designer crafted a Parle-G livery over it — a genius work as the ‘G’ rightfully stands for. What is amusing yet hearty to see is how the maker has incorporated the famous Parle-G kid on the driver’s seat. That’s creativity at its best. 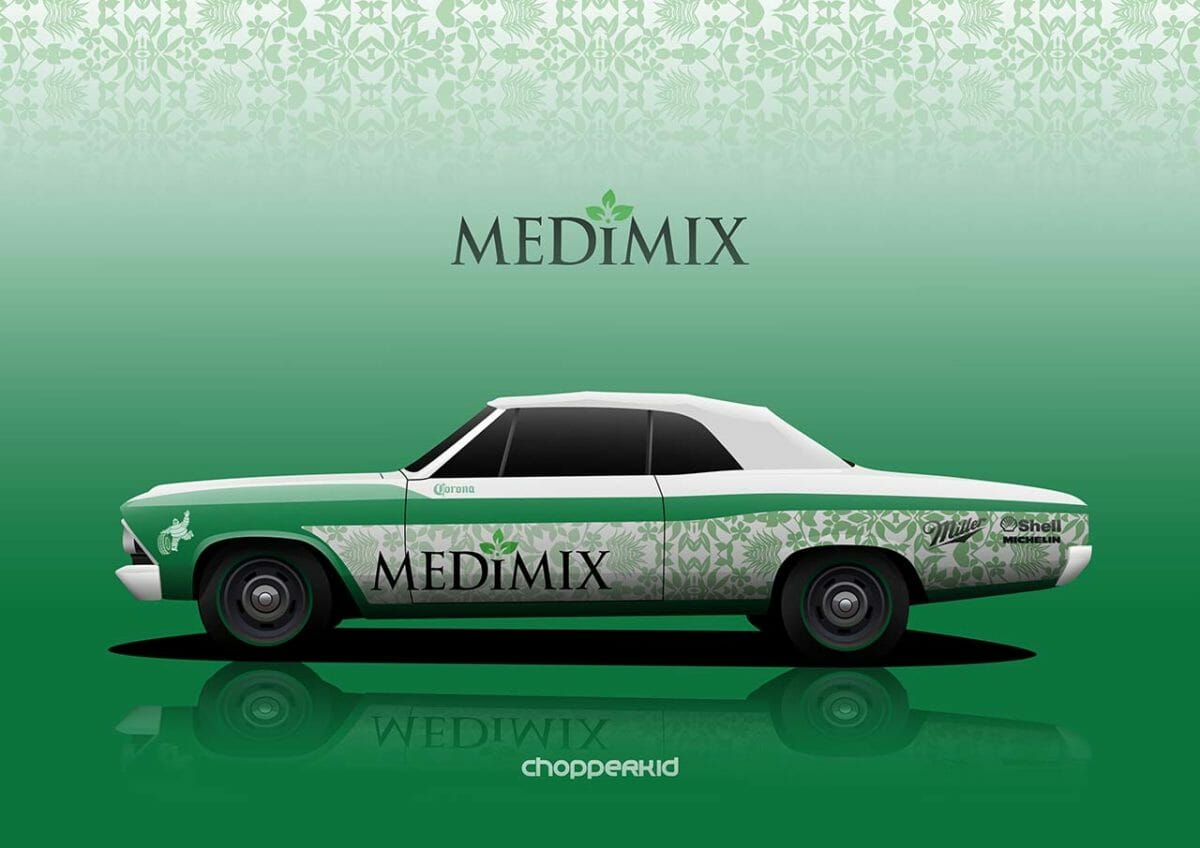 He has performed similar renderings on a Chevrolet Chevelle SS and a Maserati 8cm. The Chevrolet is portrayed under the wraps of the soap brand ‘Medimix’ whereas the Masserati is masked as a ‘Nataraj’ pencil. Sold between the mid-1960s and 1970s, the Chevrolet Chevelle was a successful model line from 20th-century General Motors. The Chevelle SS has seen the wildest kinds of sponsor decals and liveries but never anything related to a herbal soap brand such as Medimix. The Maserati itself looks a carved out pencil with its cute little structure and the Nataraj’s iconic black and red colour wonderfully integrated into it. 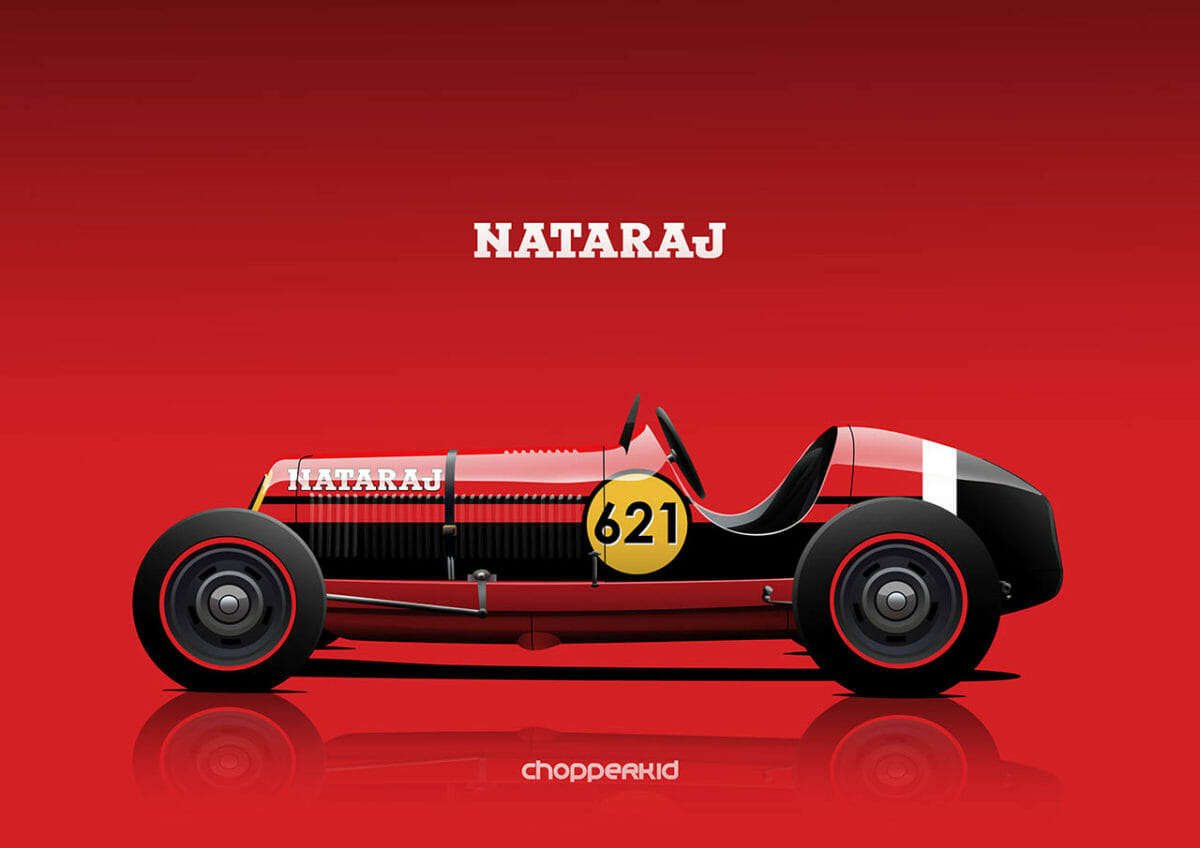 It is wonderful to see such creativity being applied to some iconic motorsport cars. While these brands are highly unlikely to sponsor any motorsport team in the future, these renderings showcase the symbolic significance of these brands in our life. The designer has really made sure that an attempt is made to encourage the consumer to go for local.